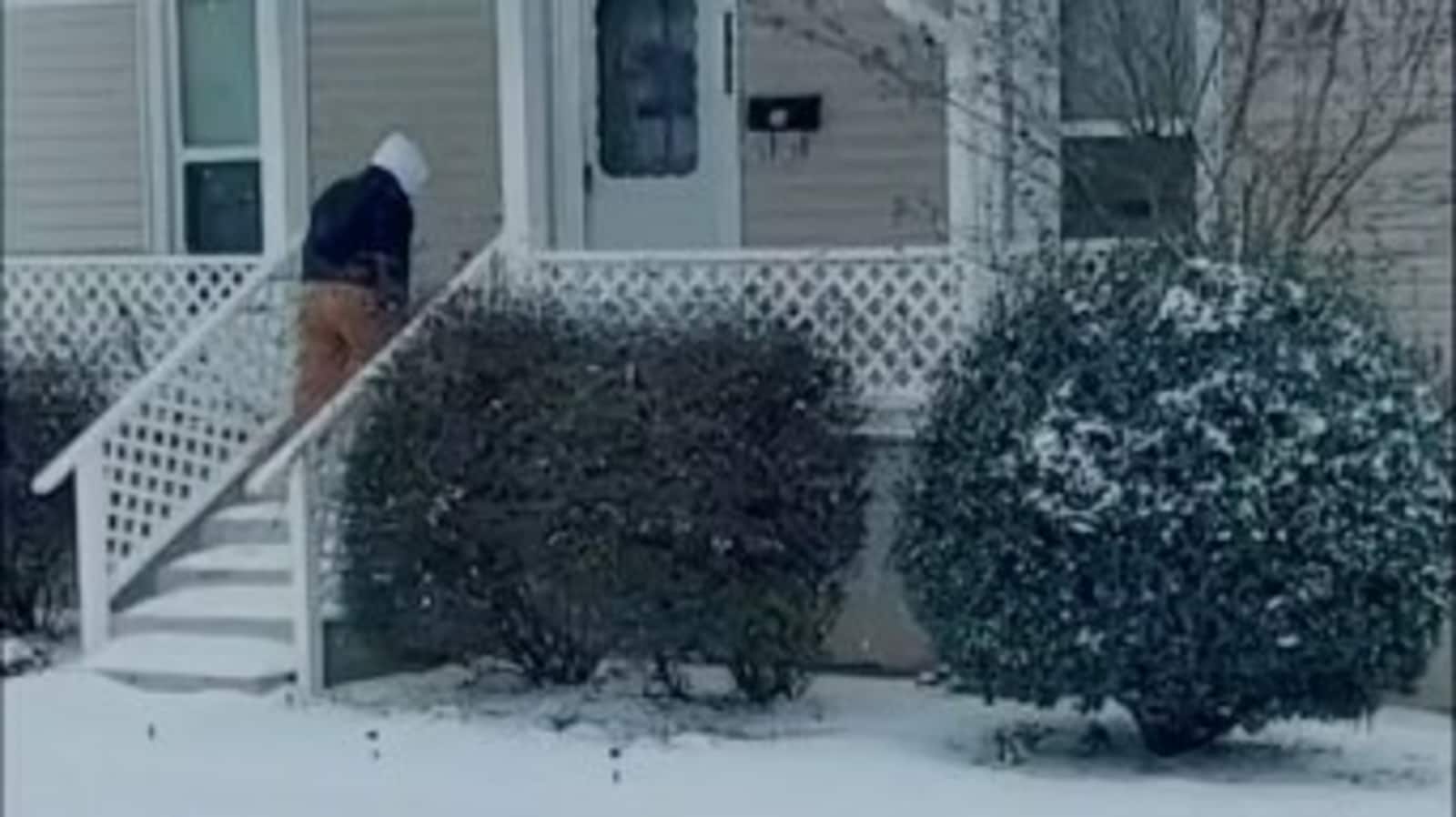 The video of the man asking neighbours to play in snow with his is too sweet to watch.

A video involving a man and snow has left people smiling. The video shows the man asking his neighbours to play in snow with him. There is a chance that the sweet video will win your heart and make you smile too.

The clip was originally posted on TikTok. However, the video captured people’s attention after being posted on the Instagram page called Nextdoor. “We would’ve said yes,” they wrote while sharing the clip. In the comments section they also added, “Not sure if this is neighbor goals or husband goals, both tbh.”

The video opens to show a text that reads, “My 32-year-old husband trying to get neighbours to play with him.” The video shows the man going from one neighbour’s house to another to ask them. Sadly, no one comes out to play with him. Undeterred, the man then decides to make a snow angel all by himself. What makes this already wholesome video even more wonderful is the background score. It’s Do You Want to Build a Snowman from the animated film Frozen.

The video has been posted a day ago. Since being shared, the clip has accumulated more than 4,000 likes and the numbers are only increasing. The share has also prompted people to post various comments.

“Absolutely amazing video! Wish we had snow!” wrote an Instagram user. “So much fun,” expressed another. “My whole family suits up at the first sight of snow. We love it. Even our dog,” shared a third.

Microsoft is rolling out these security settings to protect millions of accounts. Here’s what’s changing

Sajid Khan argues with ‘brother’ Shalin Bhanot on Bigg Boss 16: ‘You said Farah Khan is like your sister…’ Watch