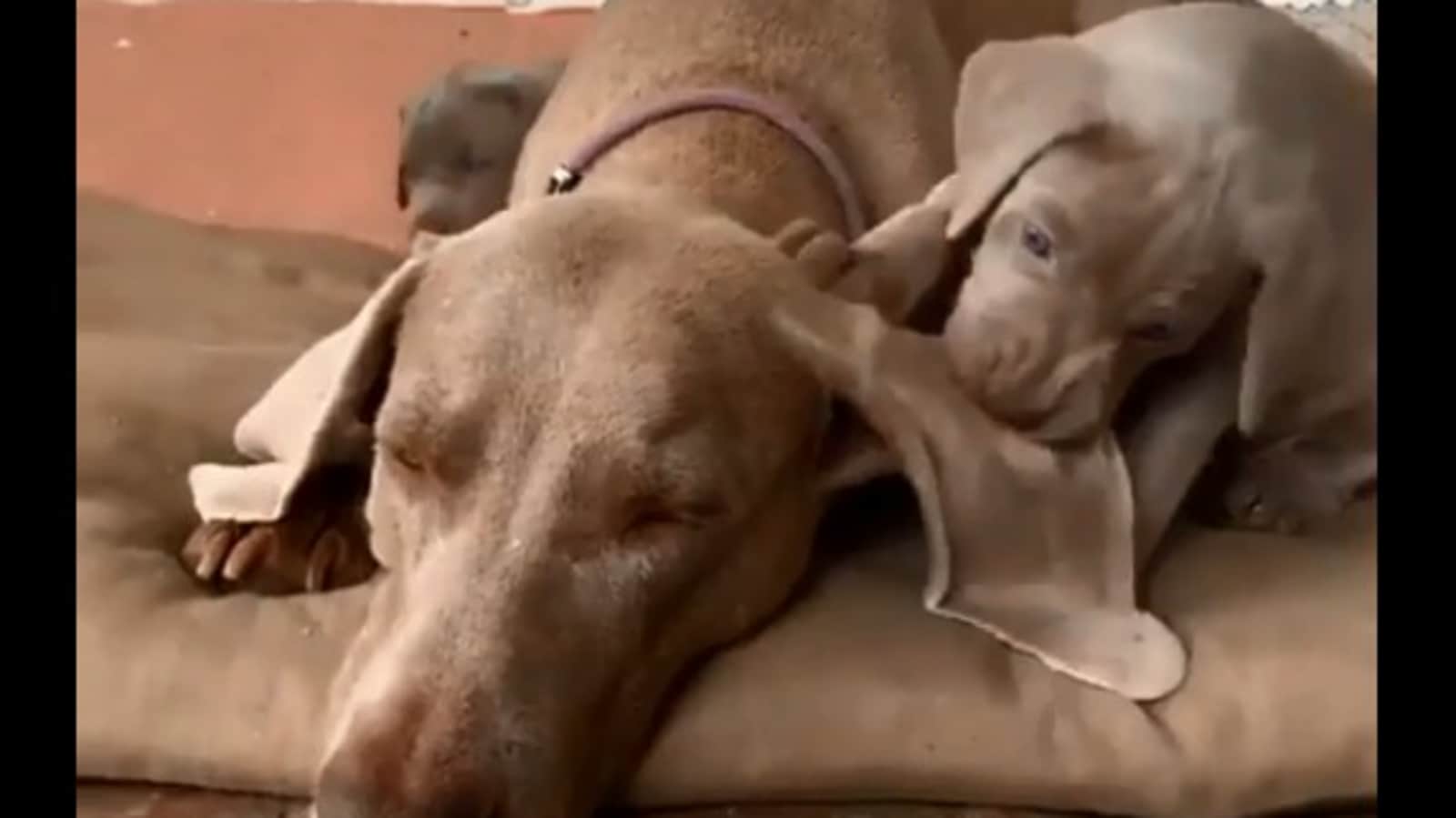 The video of the puppy playing with the mama dog’s ear was posted on Reddit.

Dog videos often have the power to uplift someone’s mood almost instantly. If you are looking for such a clip that can leave you happy, then this share may do the trick. It is a video involving a mama dog and her baby. There is a possibility that the video may leave you chuckling too.

The video was originally posted a few years ago on Instagram. It is, however, creating a chatter again after being re-shared recently on Reddit. The video is posted with a simple and sweet caption. “Munching on mama’s ear,” it reads.

The video opens to show the mama dog sitting on what appears to be a bed. Her two babies are also seen sitting beside her. Within moments, one of them starts playing with its mama’s ear. What makes the video an amusing watch is the expression of the pooch while her kid plays with her ear.

The video on Reddit was posted about 17 hours ago. Since being shared, the clip has accumulated nearly 12,000 upvotes and the numbers are only increasing. The share has also prompted people to post various comments.

“Be a mom, they said. It will be fun, they said,” wrote a Reddit user imagining the dog’s thoughts. “That’s one very patient mama!” posted another. “Momma is DONE,” expressed a third. “Cuties,” commented a fourth.

Puppy tries to learn how to howl from its human. Video will make you go aww