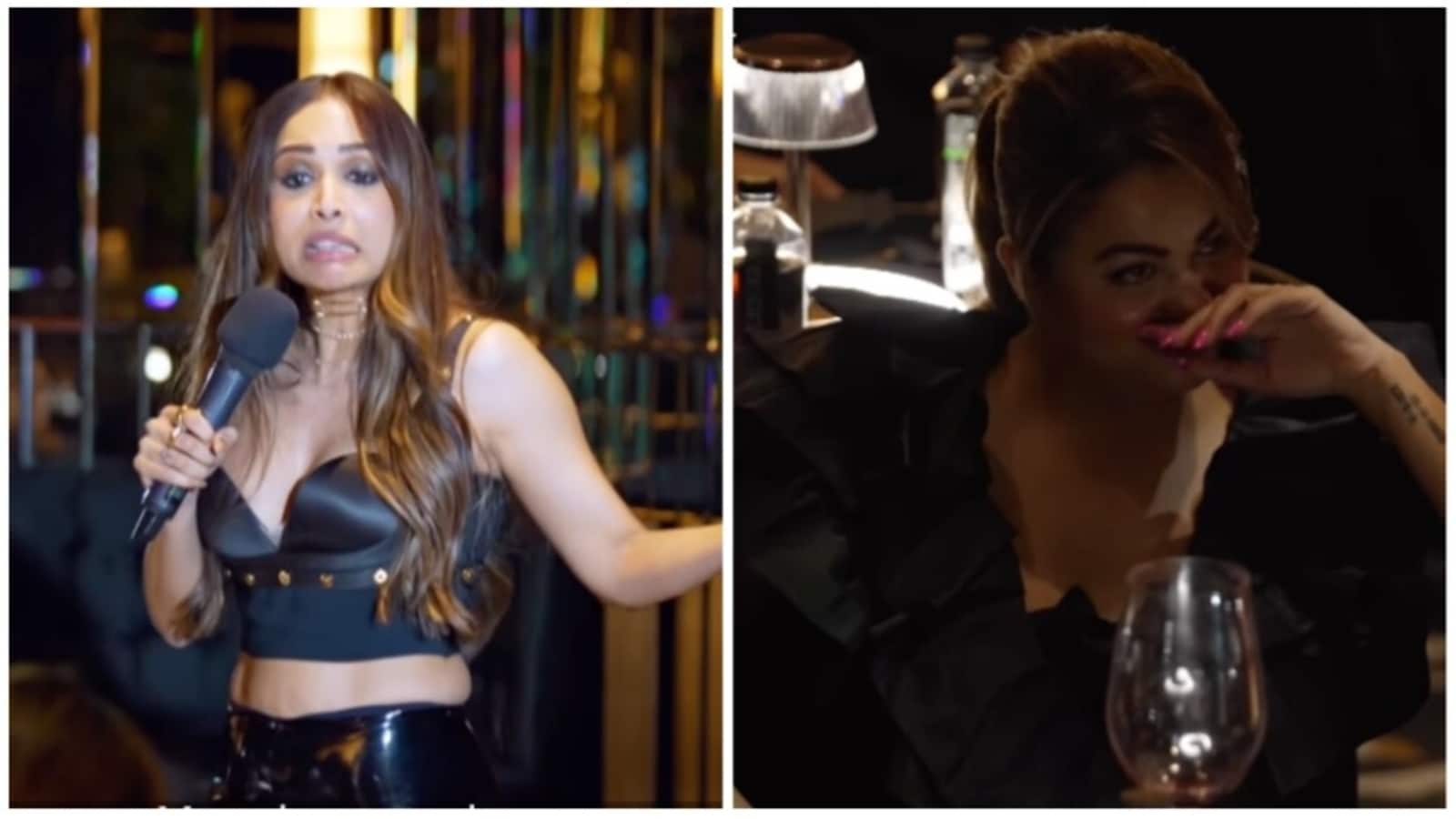 Actor-talent show judge Malaika Arora has turned reality star now. On the latest episode of Moving in with Malaika, she tried her hand at standup comedy to fairly good results. During her act, she roasted all from her sister Amrita Arora to herself. (Also read: Malaika Arora says she discusses marriage plans and kids with Arjun Kapoor)

In a clip shared by Disney+ Hotstar on social media, Malaika begins her act by calling out those obsessed with her ‘age’. She said it isn’t because she is ‘old’ but because she ‘looks like this’ as she is ageing. “Jalkukdi log (jealous people),” is what she called her trolls. She also addressed her divorce with ex-husband Arbaaz Khan when she said, “I have moved on, my ex has moved on, when the f will all of you move on?”

She then trained her guns on her sister Amrita Arora. “My sister’s in the house! She’s the funny one. I’m the pretty one,” she said, extracting laughter from her audience. “She has a rich husband and I… am doing standup,” she joked.

Malaika also mentioned her Chaiyaa Chaiyaa song in which she danced on top of a train and made a name for herself in Bollywood. She credited the ease of shooting the Dil Se song to being a ‘Thane girl’. She even wondered if any standup comedian had any plans to get on top of a train anytime soon.

Recalling how they separated, Malaika said, “We drifted. We were too young. I was very young. I think I also changed. I also wanted different things in life. Somewhere I felt that was missing in my space and I needed to move on. I felt the only way I could do that is if I could actually probably let go of certain ties. I think today we are better people. We love and respect each other for the people that we are. We have a child together. So that is something that will never ever change. But I feel we are far better people. Then, I think we were very irritable. Very irritable people. We became angry, negative people.”

Moving in with Malaika airs on Disney+ Hotstar from Monday to Thursday at 8pm.