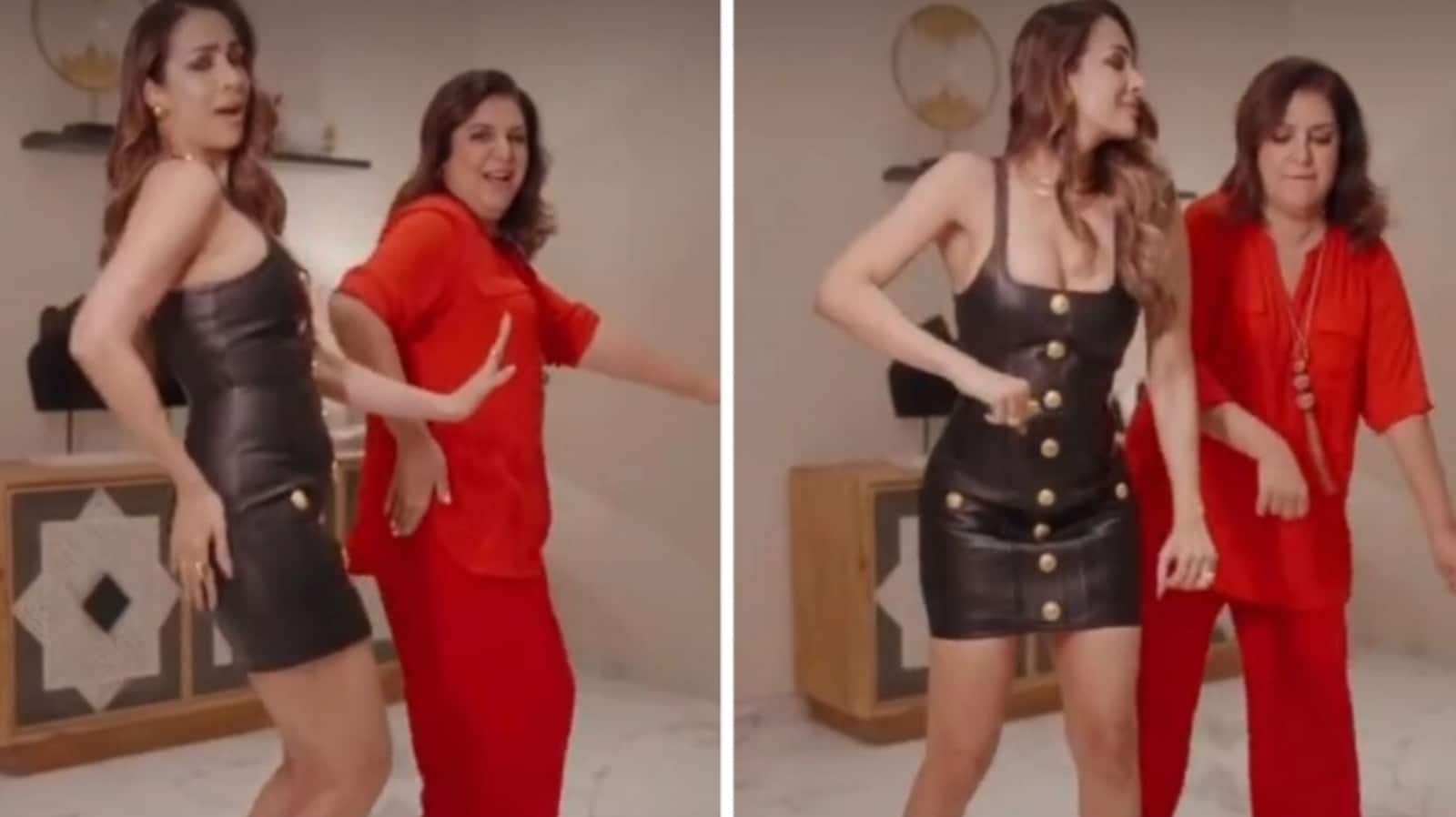 Malaika Arora took to Instagram and shared a new clip promoting her upcoming show Moving In With Malaika on Monday. In the video, she danced with filmmaker Farah Khan to her songs, such as Chaiyya Chaiyya, Munni Badnaam and Anarkali Disco Chali. She performed the hooksteps of these songs with Farah, and also asked her fans about their favourite hooksteps. Moving In With Malaika will mark her OTT debut. (Also read: Malaika Arora jokes about her acting career in new Moving In with Malaika promo: Housefull 2 dekhi haina?)

In the video, glimpses of Malaika’s songs Chaiyya Chaiyya and Muni Badnaam were played on a television. Thereafter, a question appeared on the screen and it read, “What’s your favourite hookstep?” Later, Malaika and Farah Khan performed hooksteps of Chaiyya Chaiyya, among her other songs. Both of them gave expressions while the songs were played in the background. Malaika wore a black dress with black heels. Farah wore a red jumpsuit.

Sharing the clip on Instagram, Malaika wrote, “What’s gotten us grooving?! You guessed it right – Hotstar Specials Moving In With Malaika starts streaming tonight, Monday to Thursday at 8pm only on @disneyplushotstar.” Costume designer Rick Roy commented, “@malaikaaroraofficial @farahkhankunder my all time favourite is AANARKALI DISCO CHALI.” To which Malaika replied, “Chalo (go) do the step then.”

Reacting to the promo video, one of Malaika’s fans wrote, “Forever young (fire and red heart emojis).” Another fan commented, “Waiting to watch this.” Another fan wrote, “I always wish you best, dear ma’am.” One more comment read, “Why so hot?” Many fans dropped heart and fire emojis in the comments section.

Chaiyya Chaiyya is a hit song from the 1998 Mani Ratnam film Dil Se. Munni Badnaam Hui is a famous dance number from Dabangg (2010). The video featured Salman Khan, Sonu Sood along with Malaika.

Moving In With Malaika released on December 5 and will stream on Disney+ Hotstar. Talking about her show, Malaika had earlier said in a statement, “For the longest time, the world has viewed me through the lens of social media. But this time I am excited to shake that up a bit. With this show, I want to break that barrier between me and my fans and invite them into my world through Moving In With Malaika. It will be a fun ride as I take everyone along with me exploring my day to day life with some of my closest family and friends.”

All You Need to Know About The Boys Season 3