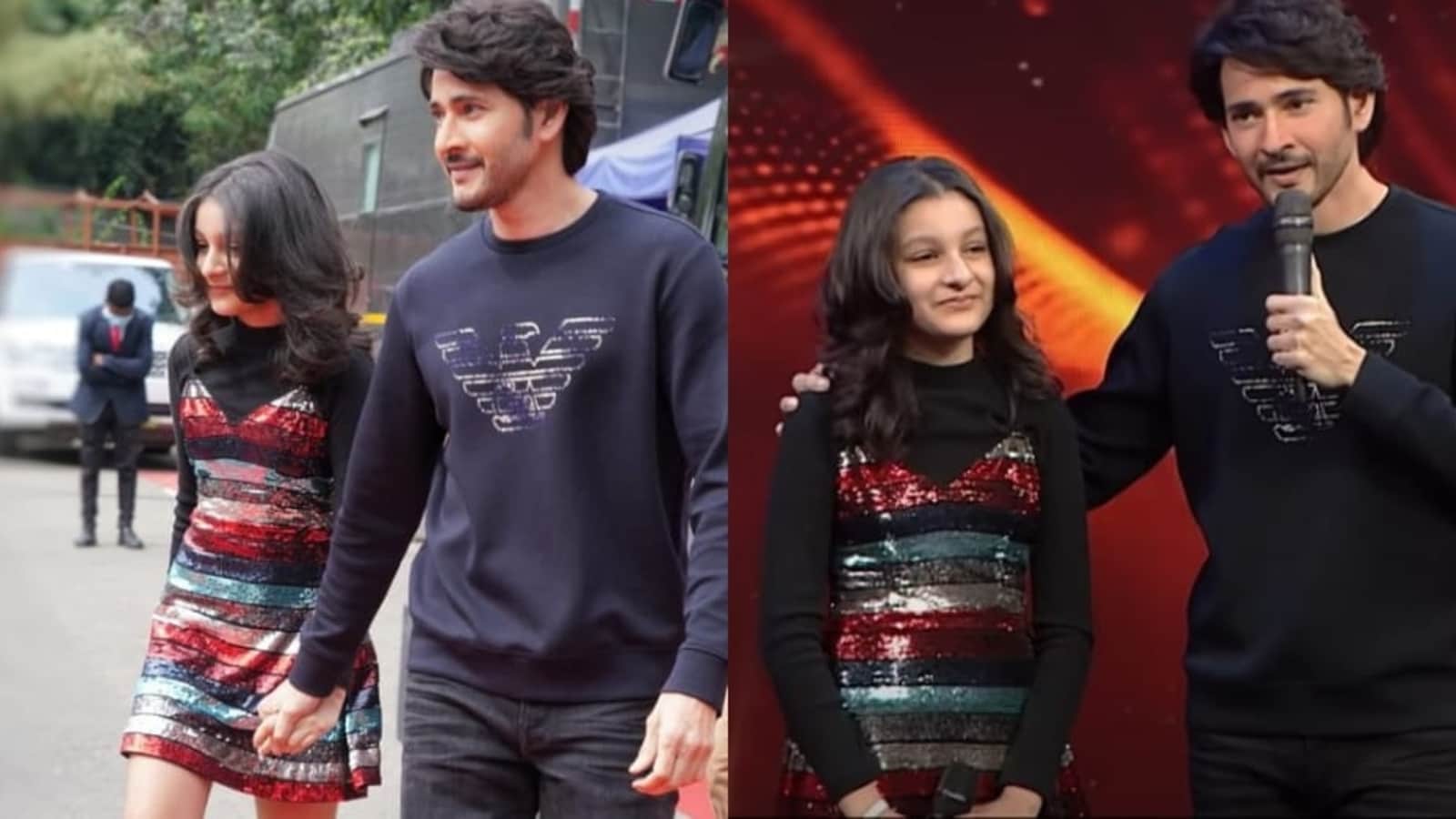 Mahesh Babu, who is all set to begin work on his next, an untitled Telugu project with filmmaker Trivikram, was spotted on the set of reality show Dance India Dance Telugu on Tuesday. The actor was joined on the show by his daughter Sitara Ghattamaneni. Many fans have taken to social media to share photos of the father-daughter duo shooting for an upcoming episode of the show, which will air at 9pm on Zee Telugu on Sunday. Read more: Mahesh Babu says daughter Sitara Ghattamaneni is ‘stealing the show’ in music video debut

In the promo video of the Dance India Dance Telugu episode released by the channel, Mahesh is seen sporting a stubble, which got his fans excited. The actor is wearing a black T-shirt and black trousers as he makes grand entry on set. Sitara, on the other hand, looked beautiful in her glittering dress. Mahesh and Sitara walked on the red carpet hand-in-hand as fans and dancers welcomed them.

Reacting to the video shared on YouTube, a fan wrote, “The way he is looking at his daughter while dancing is adorable.” A person also commented, “The love in his (Mahesh’s) eyes watching his little girl (Sitara).” A fan also wrote, “Waiting for superstar Mahesh Babu and Sitara for the first time on a television show.”

As per the industry sources, Mahesh Babu has signed a deal worth ₹9 crore with Zee Telugu to appear on their reality shows, including Dance India Dance Telugu. Meanwhile, the actor will begin filming his next project soon. It will mark Mahesh’s reunion with filmmaker Trivikram for the third time after movies like Athadu and Khaleja. Pooja Hegde has been signed opposite Mahesh for the upcoming film, which is expected to go on the floors later this month. SS Thaman has been signed to compose the music.

Recently, Namrata Shirodkar took to Instagram to share the latest picture of husband Mahesh Babu in a completely new avatar, which has got his fans wondering if it was for his next film with Trivikram. Some fans compared the look to Keanu Reeves in the 2014 film, John Wick.

Mahesh was last seen playing a loan agent in Sarkaru Vaari Paata, which grossed over ₹200 crore at the box office worldwide. The film marked the maiden collaboration between Mahesh and director Parasuram. Keerthy Suresh was also paired opposite Mahesh for the first time.