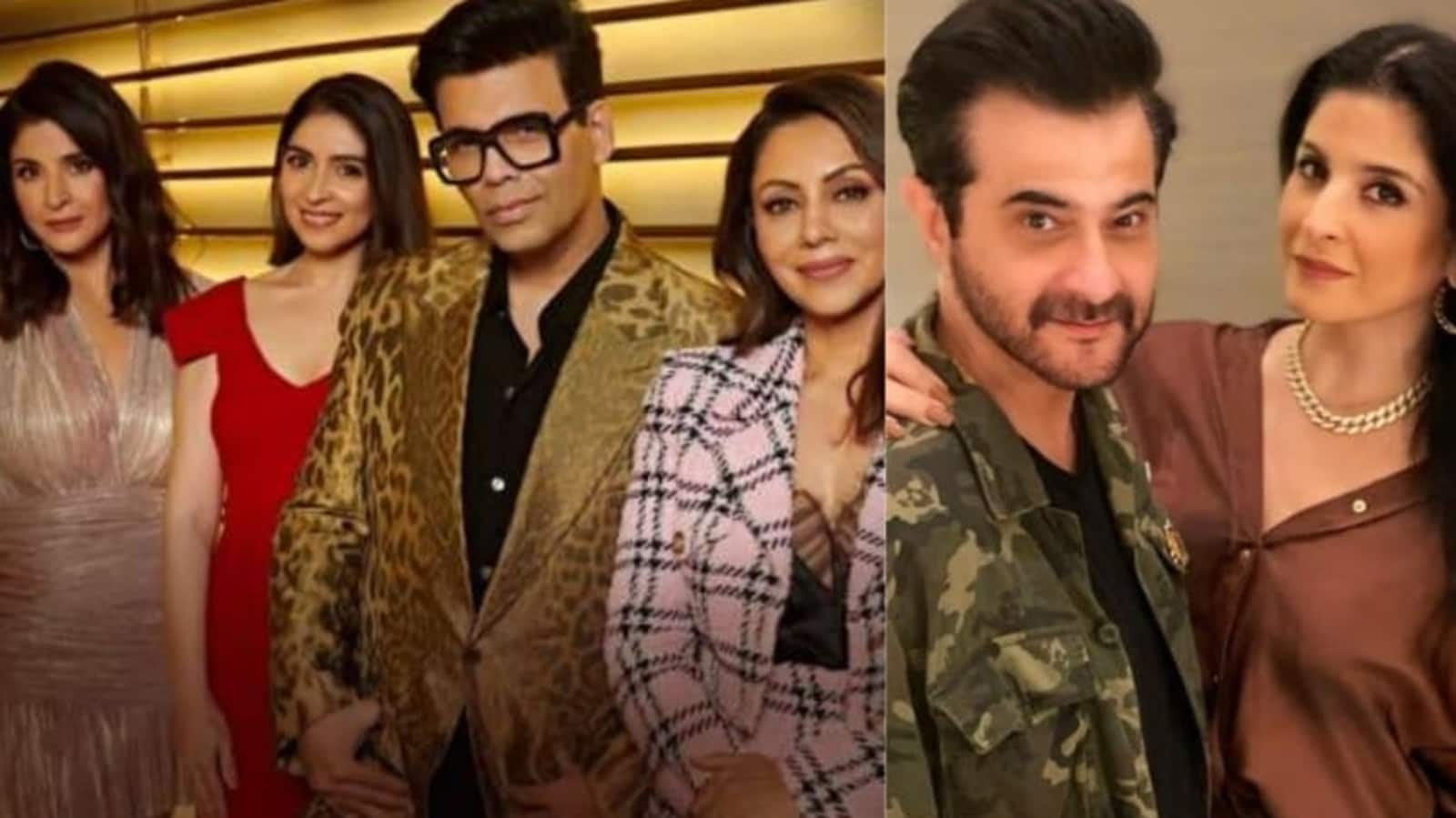 Koffee With Karan season 7 episode 12 featuring Gauri Khan, Maheep Kapoor and Bhavana Pandey will premiere on Thursday midnight on Disney+ Hotstar. The trio will spill the beans on airport looks, Bollywood parties and much more in the upcoming episode. On the Karan Johar-hosted show, Maheep, wife of actor Sanjay Kapoor, will also be opening up about living through eroding fame and facing financial constraints. Also read: Koffee With Karan episode 12 trailer

While Gauri returns to Koffee With Karan after 17 years – she was seen on season 1 of the show in 2005 – Maheep and Bhavana, who star together on the show Fabulous Lives of Bollywood Wives, will be making their Koffee debut. In her maiden Koffee With Karan appearance, Maheep shared her family’s experience with fame, and said, “There were times when Sanjay (Kapoor) was sitting at home for years with no work. Money was tight. My kids (Shanaya Kapoor and Jahaan Kapoor) have grown up seeing that along with the glamour and glitz.”

Maheep, who has been married to Sanjay for more than two decades, also opened up about being a part of one of Bollywood’s biggest families, which did not make life any easier for her. Maheep told Karan Johar on his show, “The people around me at times did make me feel like we were the unsuccessful wing of the Kapoor family.”

Sanjay is the youngest brother of film producer Boney Kapoor and actor Anil Kapoor. Maheep and Sanjay’s nieces and nephews include actors Sonam Kapoor, Janhvi Kapoor and Arjun Kapoor. Their daughter Shanaya will soon be making her acting debut with Bedhadak, which is backed by Karan and will be directed by Shashank Khaitan.