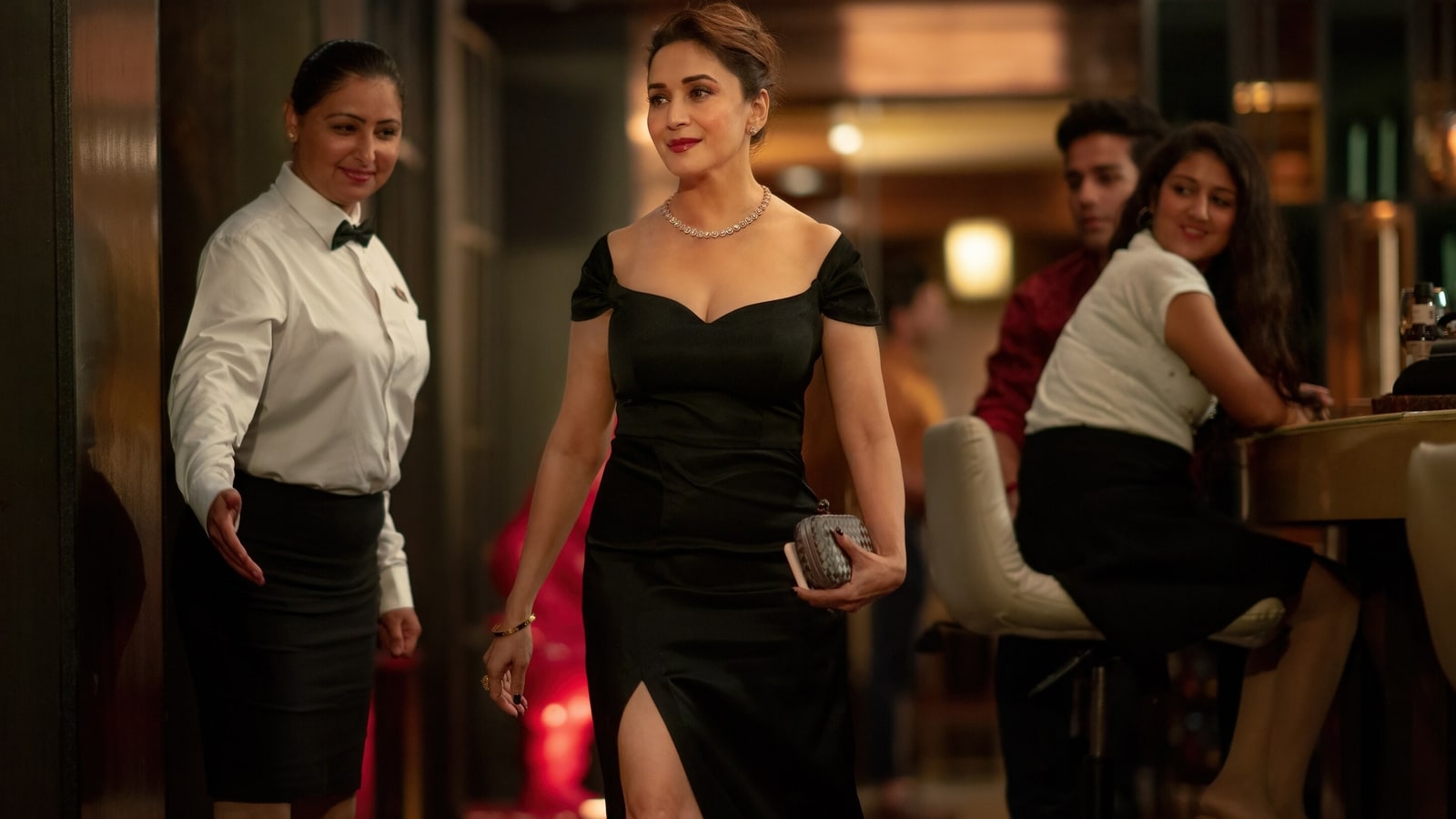 Having worked in dozens of films in a career that has spanned close to four decades, Madhuri Dixit will now be seen on the streaming space for the first time. The actor stars in the upcoming Netflix thriller The Fame Game, in which she plays Bollywood superstar Anamika Anand, whose disappearance sets off the unveiling of dark secrets around her life.

Many have called the show her ‘OTT debut’ and the actor doesn’t mind the tag. Speaking to Hindustan Times, she says, “It’s strange and yet it’s true because there are so many different avenues and when you are doing it for the first time, you are debuting. And it’s great that even after 35 years, I am debuting with something. It’s wonderful because I’m like a child, like a student of cinema. I love learning. For me, it’s a different language of making films, a different system.”

The actor shares what drew her to the project and why she agreed to debut in the OTT space. “I liked the idea and the whole script in general and also liked the idea of someone so famous suddenly disappearing. There were great directors in Bejoy and Karishma Kohli. I felt it was a great fit, so I said yes,” she shares.

Her co-star Lakshvir Saran, who plays Anamika’s son, quips it was a different process for him, auditioning for the show. “It’s slightly different for us. It’s not like me saying, ‘Yeah, I’ll do The Fame Game’. It’s Sri (Rao) saying, ‘Yes, you can do this’,” he says with a laugh. But the actor adds that working with Madhuri was a learning experience. He says, “What was really nice was when we got to work, it was really about the work. It was only about the scene and the character. That was so impressive for me to see. I’m a great admirer to be honest.”

Madhuri says one of the chief reasons for doing The Fame Game was that even though she is playing an A-list Bollywood star, the character is nothing like her. “I’m not playing myself,” she clarifies, adding, “I did that in a film called Dharavi, where I am Madhuri Dixit, who comes in Om Puri’s dreams. There, I was playing myself. Here, it is a character I’m playing. Yes, the character has some experiences that I have like fame and being a big star. What she is actually going through is very different from me.”

There are a thousand differences between Anamika and Madhuri but there is one similarity–their shared disdain for the word ‘comeback’. Madhuri laughs at the comparison and laments that journalists always seem to ask her about her comeback every few years. “It happens and I always say, ‘What are you talking about? I am always here’. I have always been working and in the public eye. So talk of comeback is crazy,” she tells us.

The Fame Game deals with the dark side of fame and the hidden conspiracies and scandals of the film world. Madhuri says she heard about several such instances during her own career too, but did not necessarily rely on them to prepare for the show. She says, “You hear a lot of things and you see stuff around but you’ve never actually witnessed it. So for me, the script was very important and the way the characters were written. So you do have those stories in the back of your mind but when you’re actually performing, it’s Anamika Anand and her experiences that have to come forward.”

In the show, Lakshvir’s character is shown dealing with depression and self-harm and the actor says he was mindful of portraying that sensitively. He tells us, “My intention wasn’t to exaggerate anything. It was to play what was already there (in the script). And when you do that, sometimes you tend to add something from your own experience. Given the time we have gone through in the last few years, it’s so important to talk about mental health, loneliness, and what it feels like being caged inside. I am so happy I was able to share some part of it and I hope it reaches out to people and starts a conversation.”

Also read: Madhuri recalls how a man entered her home pretending to be an electrician

The Fame Game also sees Madhuri reunite with Sanjay Kapoor, who she worked with in hits like Raja and Mohabbat over 25 years ago. Talking about the reunion, she says, “I did Raja (1995) and after that I did Mohabbat (1997) with Sanjay. Then we lost contact for a little bit after I got married and settled in the US. But with everyone I have worked with, we just pick up where we had left off. For me, it was not hard at all to go back.”