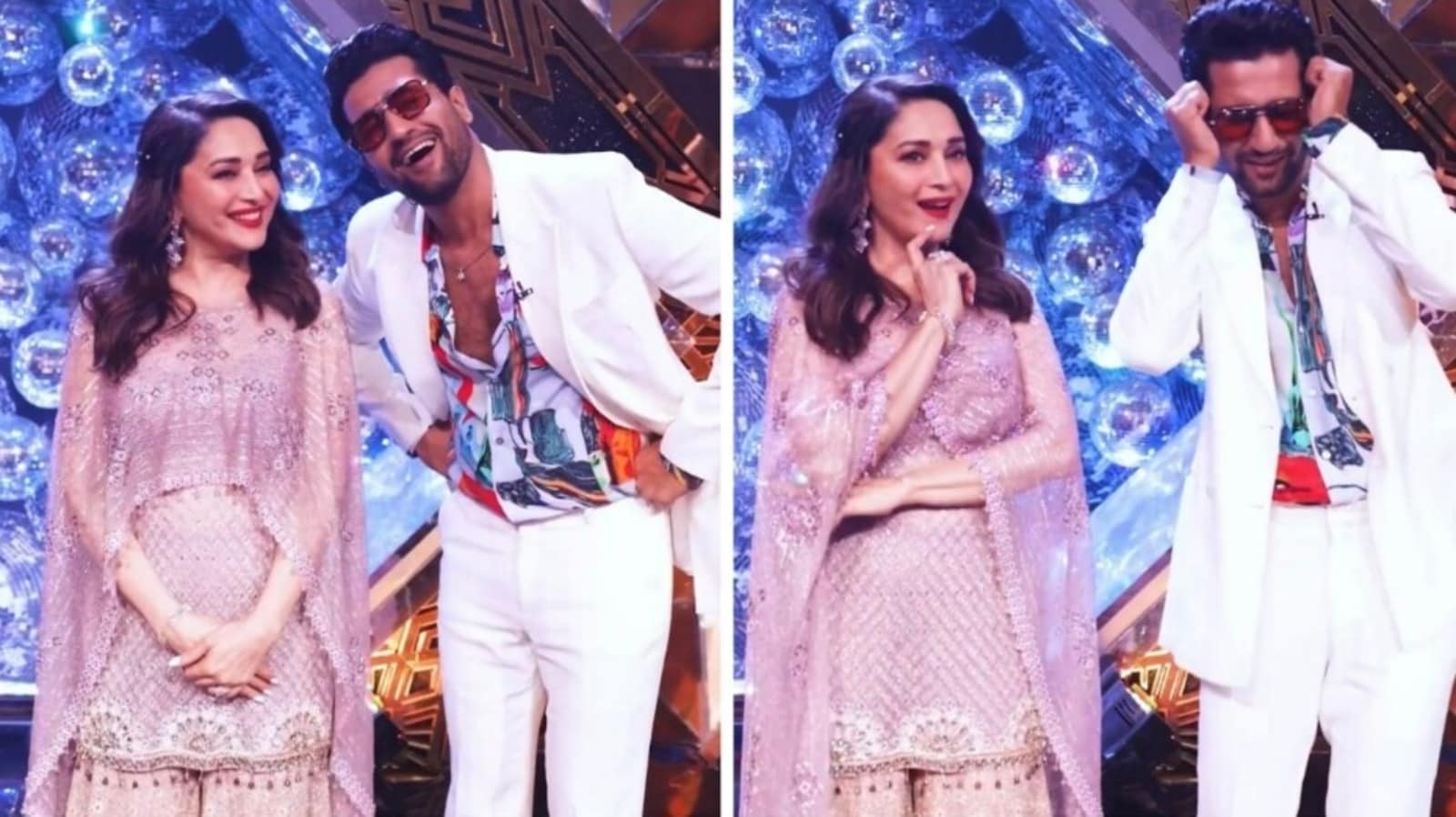 Madhuri Dixit took to Instagram and shared a video as she grooved with Vicky Kaushal on the sets of Jhalak Dikhhla Jaa. Both of them danced together to the recreated song Mere Samne Wali Khidki Mein. The reprise version was sung by Sanam Puri. Fans reacted to their dance video. (Also read: Madhuri Dixit and Tabu groove together to Gata Rahe Mera Dil on Jhalak Dikhhla Jaa 10, fans call it iconic. Watch)

In the video, Vicky decked up in colourful printed shirt with white coat and white pants. He wore a dark sunglasses. Madhuri wore a glittery ethnic outfit and kept her hair loose. Both of them danced and gave cute expressions while Mere Samne Wali Khidki Mein played in the background. Both of them were all smiles and lip-synced to the song as well.

Sharing the video on Instagram, Madhuri wrote, “Lots of fun and amazing performances coming your way with very special guests. How excited are you for this weekend’s episode ?” She used ‘friday’, ‘friday mood’, ‘jhalak dikhla jaa10’, ‘reels’, ‘reels instagram’ and ‘explore page’ as hashtags on the clip. Reacting to the clip, one of her fans wrote, “This is so cute (read heart emoji).” Another fan commented, “Mera chaand aap hai ma’am (My moon is you, only).” Other fan wrote, “So much excited for your smile, expression and dance (dance and kiss emoji).” Many fans showed their excitement for the upcoming episode of Jhalak Dikhhla Jaa with Vicky as special guest.

Jhalak Dikhhla Jaa is a dance reality show which is currently judged by Madhuri, Nora Fatehi and Karan Johar. The show, which is in its tenth season right now, airs on Colors TV on every Saturday and Sunday at 8 pm.

Vicky has many projects in the pipeline. He has director Laxman Utekar’s next untitled romantic drama film alongside Sara Ali Khan. He also has Dharma Productions’ Govinda Naam Mera with Bhumi Pednekar and Kiara Advani. Apart from these, he will also be seen in Meghna Gulzar’s Sam Bahadur with Sanya Malhotra and Fatima Sana Sheikh. Madhuri was recently seen in Amazon Prime Video’s film Maja Maa which received a lot of appreciation from the fans. She essays a lesbian mother in the film.

Watch the Trailer for Ant-Man and the Wasp: Quantumania

Apple releases iOS 15.3 on iPhone with a fix for a scary Safari bug