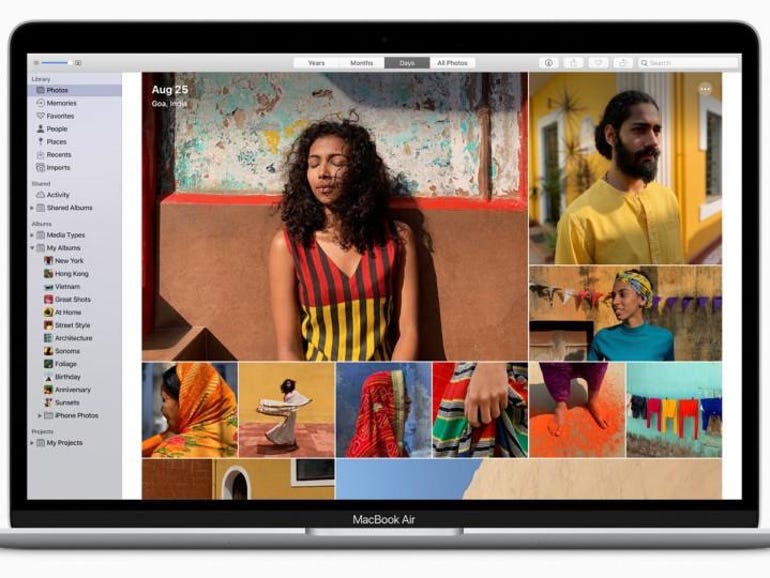 I bought a gold 8GB/256/7 core GPU MacBook Air in early January 2021. The MacBook Air form factor is my favorite — the early ’90s HP Omnibook 300 spoiled me for any notebook over 3 pounds — and I’ve owned a half dozen since the 2nd gen SSD version.

This review is written from my perspective as an analyst and writer. I do lots of research, and I commonly have two dozen or more open browser tabs, plus Mail, Messages, Preview, and a dozen more apps open. I also edit video and make video calls, but I keep 25TB of storage attached to a desktop iMac for bigger projects.

I had a 64GB 12.9″ iPad Pro with Magic keyboard as my mobile workstation for over a year. Performance and battery life was great, no fan noise, and it ran almost every app I needed.

But the MacBook Air does all that and more, in a lighter and less costly package. Better performance. Two times the memory and 4x the storage. Dead quiet. Great battery life. Larger trackpad and display. Flexible multitasking and window layout. Excellent I/O options with Thunderbolt 3 and USB 4.

But depending on how you prefer to work there are some real deficits. No Apple Pencil. No touch screen. No Face ID. No 4k camera. No snapping off the tablet from the keyboard.

None of these are deal killers for me, but they might be for you. I do miss Face ID, but thanks to the Air’s Touch ID and Watch unlocking, not much.

No regrets with 8GB memory

Apple charges an exorbitant $25/GB for RAM. However, the excellent performance of the 4GB iPad Pro gave me the confidence to buy the 8GB MacBook Air.

One day I wanted to see what it would take to overwhelm 8GB of RAM, so I left every app, window, and tab open all day. Safari and Firefox each with a dozen tabs open, Mail, Messages, Preview, Calendar, one or more Notes apps, Scrivener, and Final Cut Pro, and utilities including Copyclip, iStat Menus, Magnet, Default Folder, Typinator, Thesaurus, and a VPN.

Also: Best iPad: Which model should you buy?

After several hours of adding load I started seeing beach balls. I killed a few unused apps and all was good.

I interpret this casual test to mean that for other than all-day, heads-down Pro users, 8GB of RAM is plenty. If you’re using the MacBook Air to make money, then splurge on 16GB.

Everyone else, save your pennies. Considering that the 13″ MacBook Pro performance is essentially identical, and its other specs — 20 percent brighter screen, slightly better mics, 12 percent faster graphics, another couple of hours of battery life (with 4 oz (110gm) more weight), the Touch Bar — it isn’t worth the 20- 30-percent cost uplift to me. Maybe it is to you.

I’ll have another money-saving tip in a future piece. Stay tuned.

Despite all the goodness of the MacBook Air, there are issues. I’ll save the worst for last.

The iOS apps that are available on macOS work pretty well. For example, the iOS video editor LumaFusion works well and costs a fraction of FCP X.

If iOS games are your happy place, you’ll find that touch interfaces don’t transfer well to a trackpad and keyboard. Keep your iPad for gaming.

Changing security settings to add kernel extensions is a pain. Kernel extensions now requires a reboot or two and some non-obvious navigation. It’ll get harder as Apple enhances macOS security.

This is an FYI nit, or nits. Apple Silicon sips power, but today’s LED backlights don’t. If you crank the display up full, there’s a noticeable — 2-3 hour — reduction in battery life. Better than Intel MacBooks, but this is why Apple is pushing micro-LED backlighting.

Backups may not work at all

This is something that pros especially should be aware of: bootable backups are possible, but if your internal SSD completely dies, that bootable backup will fail too. I’m still investigating the issue, and Apple doesn’t have a clear statement of direction, but this may mean the end of 3rd-party backup utilities.

The workaround? A second Mac. Sub-optimal. More on this soon as well.

Comments welcome. Apple will have to really up the ante on future Macs to compete with the MacBook Air. But if you see if differently, let me know in the comments.