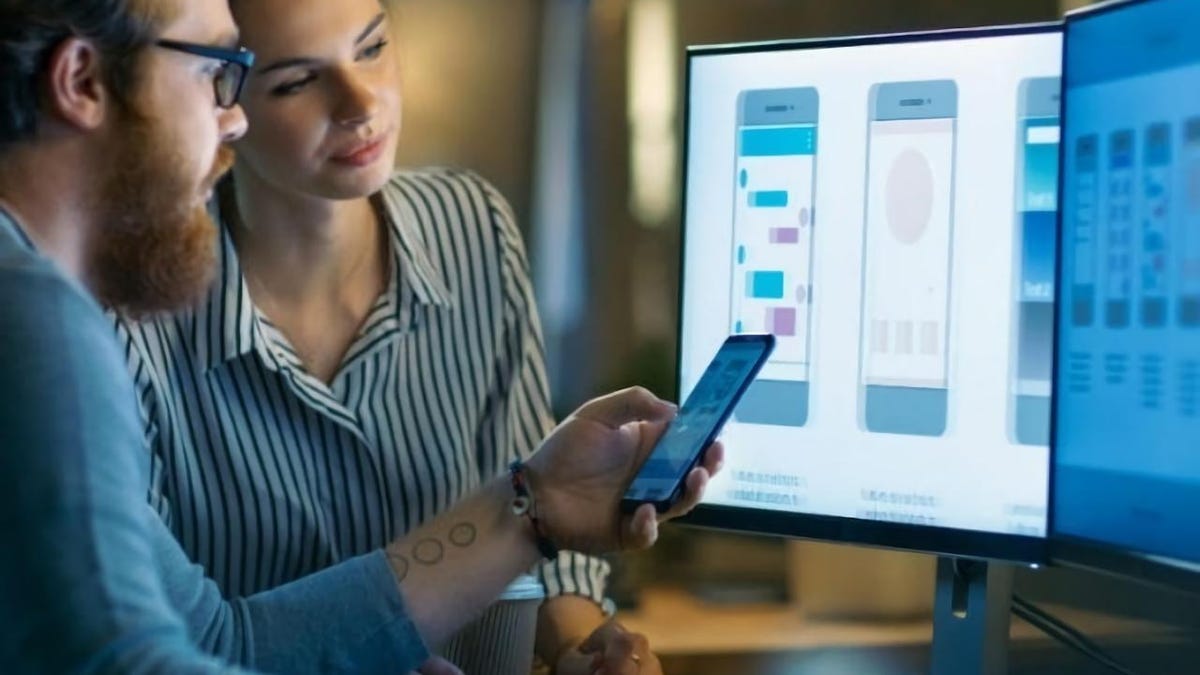 With developer shortages set to continue, there’s growing interest in low-code platforms that might provide an alternative to costly human talent that’s in short supply.

But while low-code can help, how far can you really get before you need more of those Java, JavaScript, and Python developers?

Google has its no-code platform AppSheet, Amazon has Honeycomb, Microsoft has its low-code Power Platform, Oracle has Apex, and Salesforce has Flow. Also battling in the low-code space are firms such as Appian, an early entrant, and rivals Pegasystems, Mendix, OutSystems, Zoho, and others.

Also: Low-code is on the rise: Should developers start to worry?

Analyst firm Gartner predicts that 70% of new applications will be developed with low-code or no-code technologies by 2025, up from 25% in 2020. The technology has given rise to the so-called “citizen developer”, who requires less training than, say, a Java developer, who likely has a computer science degree.

To find out how businesses are thinking about low-code, ZDNet spoke with Stephen Marjot, head of NatWest Group’s Change Centre of Excellence — a customer of Appian who spoke at the low-code vendor’s recent European conference in London. NatWest Group’s brands include Royal Bank of Scotland and it has 19 million customers around the world.

NatWest is using Appian to help streamline some of its policy processes that are used to manage risk when it creates new banking products. Marjot discovered the impact assessment for new products and changes to existing products took 73 days as approvals moved through checks for compliance with privacy, anti-fraud and anti-money laundering requirements, and more. In all, there were 17 process stages to pass through. Previously, it used seven different tools to update processes, with three processes in Excel.

“None of them were connected, so, as an individual, you would go in to each and manage the entry of data, which led to duplication,” he says.

The project to move these processes into a single workflow hasn’t been completed yet, but Marjot says that, when it is, NatWest Group wants to reduce the time to about 70 minutes.

“Any time you can consistently standardise, you can use low-code automation in the first instance to build the configurable workflow, and that requires a bit more complexity and maturity in the tool. But once it’s built, the ongoing maintenance of that is very, very low-code,” he says.

NatWest Group put three developers on the Appian project, who received three months of training and a further three months where they were building with support from Appian to address more complex use cases.

“Longer term, we have an aspiration that we move that out of the tech space. We might have some non-tech people involved in the UI administration activities,” he says.

The idea is that changes that might once have taken weeks or months can now be done in days. “For us, that’s the value — in the speed that these things can happen,” he says.

Appian’s chief technology officer and co-founder Mike Beckley told ZDNet: “Our approach eliminates that need for that specialization in education. It doesn’t just make things faster, but also allows you to do things that are hard to do in Java, like automate a long-running workflow process. Java is fantastic for executing a function quickly, but it is not great at helping you reason over work that’s going to be passed over many different actors over a long period of time.”

But, as Jon Collins, a VP of research at analyst GigaOm, told ZDNet, there’s a broad spectrum of low-code capabilities and strengths among vendors. And regardless what low-code vendors promise, low-code doesn’t entirely cut out the need for full developers.

“Low-code can only do so much to hide the complexity beneath, which makes it great for simpler environments, for integrating multiple sources, or for getting going with a new application, but sooner or later you’re going to need the deeper engineering skills,” he says.

Also: Low-code is not a cure for overworked IT departments just yet

And low-code still requires guardrails: “Testing best practice, version control, deployment management, security and so on still need to be taken into account, low-code or not. Ignore them and they will only come back and bite you later,” he says.

Collins adds that Appian “does pretty well across the board in terms of features”, but it is built towards workflows.

“However you still need to take into account its provenance as a workflow-based solution — other options are more data-oriented or better designed for application building,” he says.

M1 MacBook Air review: After a year of use, here’s what I wish I’d known | ZDNet

Paraglider’s quick thinking helps to save woman’s life. Netizens call him a hero