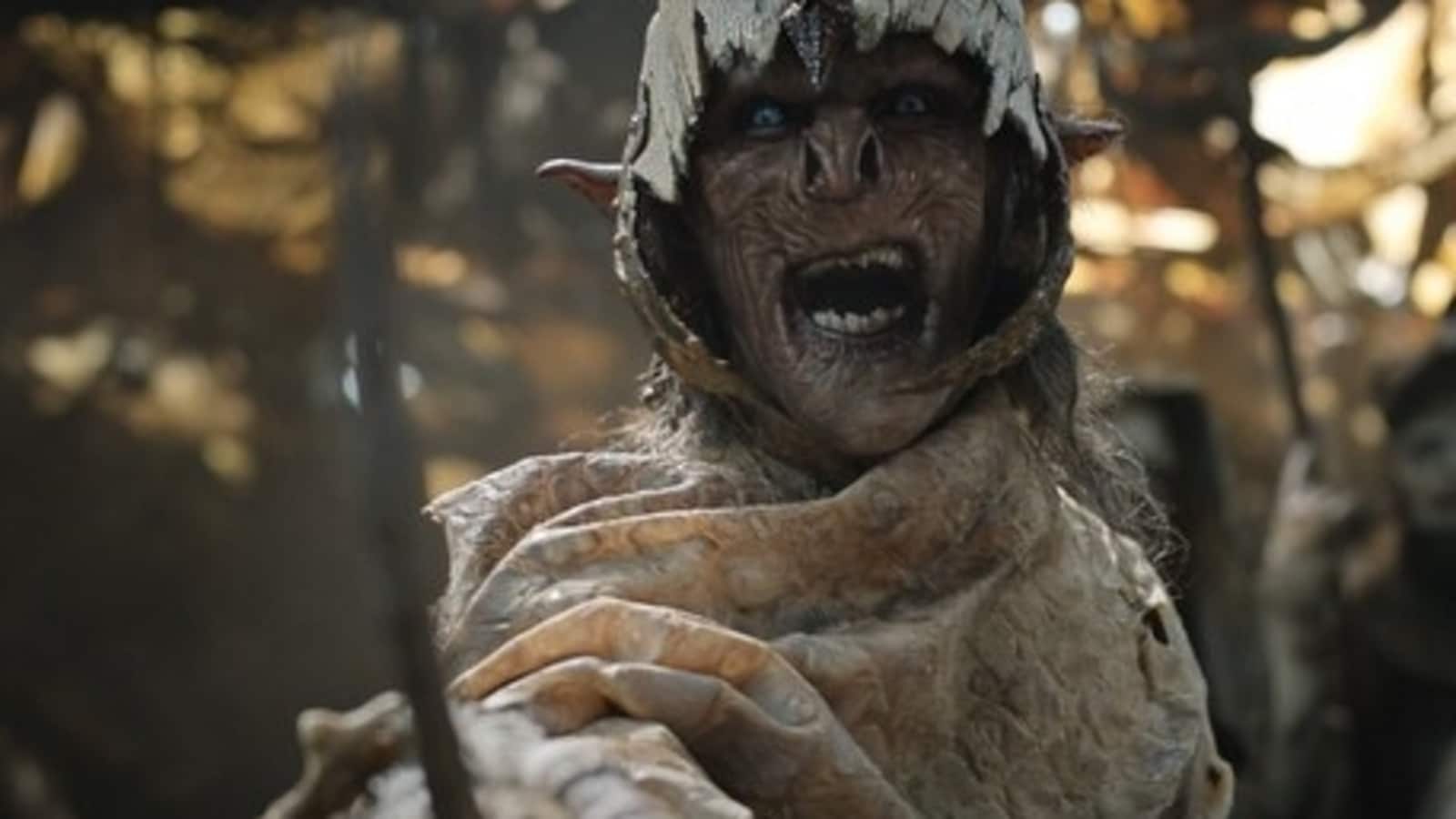 The trailer, which was launched after a panel discussion at the ongoing San Diego Comic Con, gives a better look at the Second Age of the Middle Earth, where the story is set. While The Rings of Power is inspired from the works of JRR Tolkien, it tells a new story and is not explicitly ‘canon’ in the larger Tolkienverse. The trailer, however, seemed to imply that the show will not veer off too far from the established LOTR franchise as it gave glimpses of characters and objects already seen in the films and book. A look at what all The Rings of Power plans to bring back to the screen.

Sauron returns and he has his body this time

Even casual followers of the LOTR lore know about Sauron. He was the big bad of the original trilogy, but much disempowered and existing only as the all-seeing eye in his kingdom of Mordor. The Rings of Power trailer, however, hints at Sauron as a living, breathing entity, possibly much more powerful and menacing than in the films. The Hobbit films had also given a brief glimpse at Sauron but only as a Necromancer, without his full powers. The Rings of Power may mark the first time the iconic villain is seen in flesh and blood on screen. In The Rings of Power, Sauron will be seen in humanoid form for the first time as he assumes the identity of Annatar, also called The Lord of Gifts (played by Anson Boon).

Call backs to the trilogy

There are many lines and moments in the trailer that serve as a call back to the original trilogy. When Galadriel (Morfydd Clark) says, “Evil does not sleep. It waits,” it transports you back almost twenty years to a similar line from the films. In The Fellowship of The Ring, Boromir (Sean Bean) described Sauron as “There is evil there that does not sleep.”

The palantir is also, here which is not good news. In the LOTR lore, the palantir is one of seven All-Seeing Stones, powerful magical objects. It is visible in the trailer as the blue sphere Galandriel touches and sees vision of war and bloodshed. Why is the palantir bad? Well, in the films, Sauron used the seven stones to corrupt Saruman the Wise (Christopher Lee), the most powerful wizard in the land. It is a powerful magical object that can be used for a lot of evil in the wrong hands. And what’s worse is that Sauron actually has hands this time.

Wait, is that a Balrog?

The dying moments of the trailer, when all the dust has settled and you are out of breath with the action and scale of the show, drop another bombshell. The screen is filled with the fiery vision of a Balrog. Readers of the book and those who have watched the films would remember Balrog as the monster Gandalf (Ian McKellen) fought in The Fellowship of the Ring, stopping it with that iconic line, “You shall not pass!” I doubt there would be anyone of Gandalf’s caliber to face this Balrog, which makes it an intriguing choice for the show. It ups the ante and also pulls in the followers of LOTR by giving them a familiar beast.

The Rings of Power releases on Amazon Prime Video on September 2 and fans can hardly wait. The trailer shows that the makers are trying to create a new world but not detaching themselves completely from Peter Jackson’s films and the books as well. It’s a smart choice too, because if it ain’t broke, why fix it. But Tolkien adaptations can go two ways–the LOTR way or the Hobbit way. It remains to be seen which way this one goes.

Nothing Phone (1) crosses the 1 lakh sales mark in India, emerges as the best-selling phone in its category- Technology News, Firstpost

Bigg Boss 15: Rakhi Sawant defends Salman Khan as her fan suggests actor had something to do with her eviction. Watch