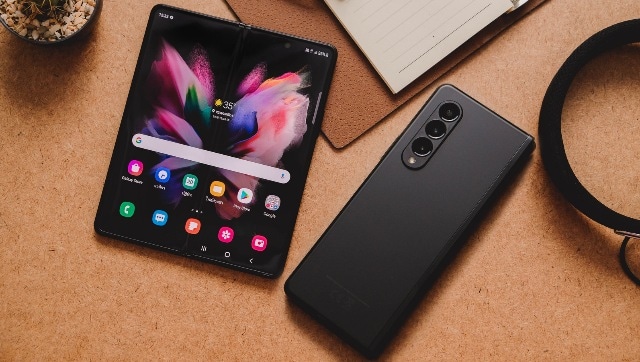 As per a report on SamMobile, Samsung is planning to make a Z Fold 4 with 1TB of storage. If that turns out to be true, that will be double the maximum storage that the current Galaxy Z Fold 3 has.

A mobile device with a storage capacity like that makes it really useful for tool professional-tier business users and content creators. It becomes, even more, impressing especially when you consider the footprint of the Galaxy Fold 4. Rarely do we get to see anyone needing 1TB of storage in a smartphone.

In fact, most personal devices we see with that kind of storage are tablets, like the iPad Pro, as it lets you store loads of files to work when you’re on the go and have loads of apps downloaded too.

In a way, it looks like Samsung is legitimately taking on the iPad Pro with the Galaxy Z Fold 4 – it knows that Apple can’t be touched in terms of tablets, and so has decided to undercut Apple’s sales with their Fold 4.

Performance wise too, it’s likely to be super powerful, with a top-end chipset like the Snapdragon 8 Gen 1 being likely, it’s most in line with the Pro-tier iPads. Unfortunately, it’s also likely that a 1TB Samsung Galaxy Z Fold 4 would be very expensive – giving it another parallel to iPad Pros.

There are a few other leaked aspects of the Galaxy Z Fold 4, aside from the ones we’ve detailed above, which make it sound like a small-form tablet.

Firstly, it will apparently be compatible with Samsung’s S Pen stylus, and could even come with a slot for the thing.

It’s also said to have one or even two under-display cameras, which would ensure the screen-to-body ratio for the device is bigger, giving you a better viewing experience.

Of course, the screen size is also an important factor in the tablet-like design – according to leaks, the main display (when the handset is unfolded) will be 7.6 inches across, or only just a tiny not bit smaller than the 2021 iPad mini 202). That’s much bigger than any standard smartphone on the market.

As a foldable phone, the Samsung Galaxy Z Fold 4 definitely will be a smartphone for all intents and purposes – but it’s sounding like it could have some popular tablet features too.

This could make it a tempting buy for those who want a phone as well as a tablet, but don’t want to splash out on two separate devices or in fact carry them. But we’ll have to see what the device is like when it launches around August to be sure.