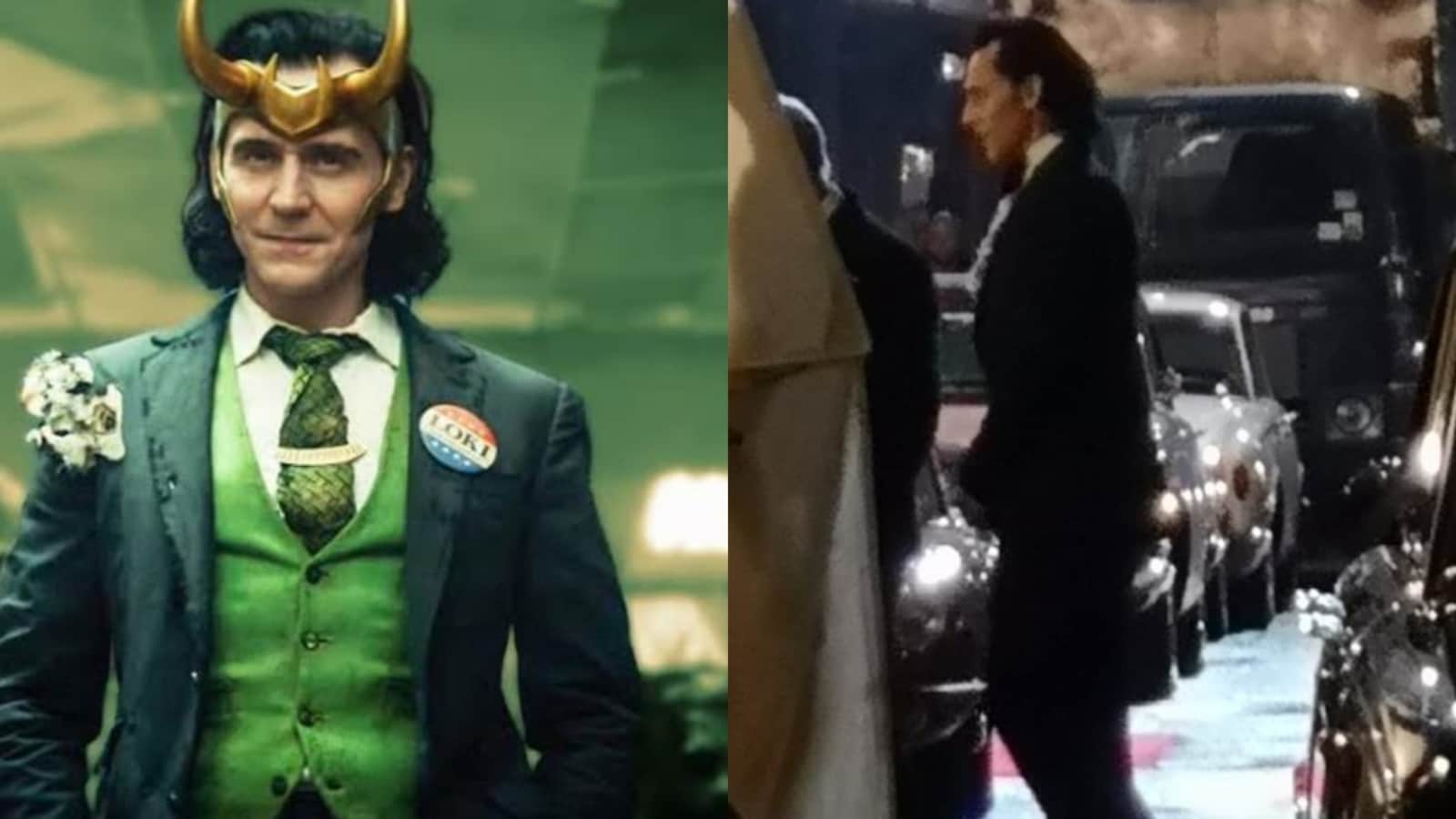 The principal photography for the second season of MCU’s web series Loki has begun. Recently, fans shared pictures from the show’s sets in London, giving the first look at Tom Hiddleston’s return to the MCU. The pictures also hint that the plot of the second season may be somehow linked to another Marvel project- Eternals. Also read: Tom Hiddleston happy that Marvel has addressed Loki’s gender fluidity

Loki season 2 is slated to release on Disney+ sometime in mid-2023 as per reports. The shoot began recently in the UK. Fans have now shared pictures of Tom Hiddleston–who plays the titular character–shooting on a London street. The character is notably not wearing a TVA jersey, but still has agents from the agency around him. The vintage cars parked in the street around him indicate that the scene is set in the past.

Another set of pictures shared by a fan on Twitter give an inside look at the show’s set constructed on a street next to London’s Noel Theatre. In the pics, film posters can be seen lining up the walls. Interestingly, one of the posters features Kingo, the character played by Kumail Nanjiani in Eternals. In the MCU, Kingo is a Bollywood star and the poster for the film Saraush Ke Putra was seen in Eternals too. Given that the film is said to be from the 1950s in the MCU, it ties in with the theory that the London scene of Loki is set in that era. However, if there is any further connection to the film, it is unclear for now.

Loki sees the titular antihero’s adventures after his escape with the Tesseract in Avengers: Endgame. In season one, he was accosted by a body called the Time Variance Authority, whose job is to protect the ‘sacred timeline’ and prevent ‘variants’ from harming the space-time continuum. The show also stars Owen Wilson and Sophia Di Martino.

Dog’s reaction while trying to sit on bed occupied by a cat is hilarious. Watch

Say goodbye to browser ads and malware with this $30 tool