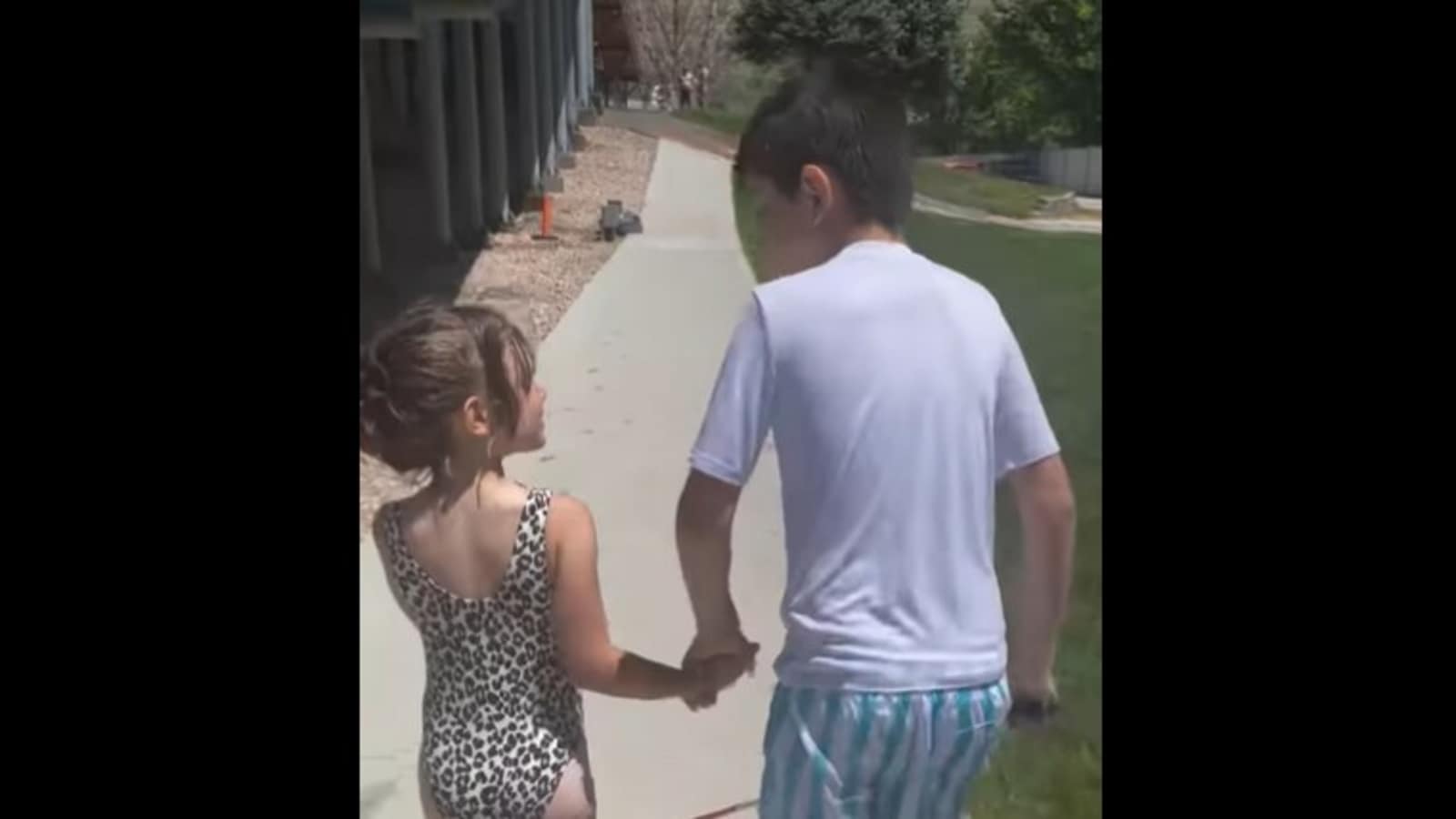 Parents who have kids with special needs, while their other kids don’t, are always quite happy when they see their children helping each other out and bonding through this. That is exactly the case with this video that has been shared on Instagram and gone all kinds of viral where one can see how a visually impaired brother gets encouraged by his little sister to go on a water slide despite being initially scared to do so. His mother even adds that by the end of the experience, he was very happy that his sister pushed him to do this.

“Ocean is always one of the first ones to encourage Ashton to try new things even when he’s scared. Yesterday she convinced him to go down the water slide together. Ashton wasn’t sure about it so she described the slide for him and told him she would guide him to the top. After Ash came down the slide he was so proud of himself for being brave and he thanked Ocean for encouraging him to try it,” reads a part of the caption of the video.

It continues, “It was beautiful watching my 6 year old supporting her big brother and being there for him. Siblings of children who are blind are always the first ones to encourage them to try hard things.” The video was shared on Instagram by the kids’ mother named Hilda Dunford. She shares her journey on Instagram where she posts about her children and the life they live together.

The video, since being shared on June 2, has received 4.57 lakh likes and gone viral for all the right reasons.

“Most beautiful and important relationship they will have now and forever….makes me cry of happiness,” writes an individual. “This little girl is an angel with a mission,” compliments another. “You have brought up great humans,” pointed out a third.

What do you think of the adorable bond between the brother and his sister?

Puppy gets super excited to see dad, its reaction will make you smile. Watch

This one iOS 16 change has some iPhone users freaking out