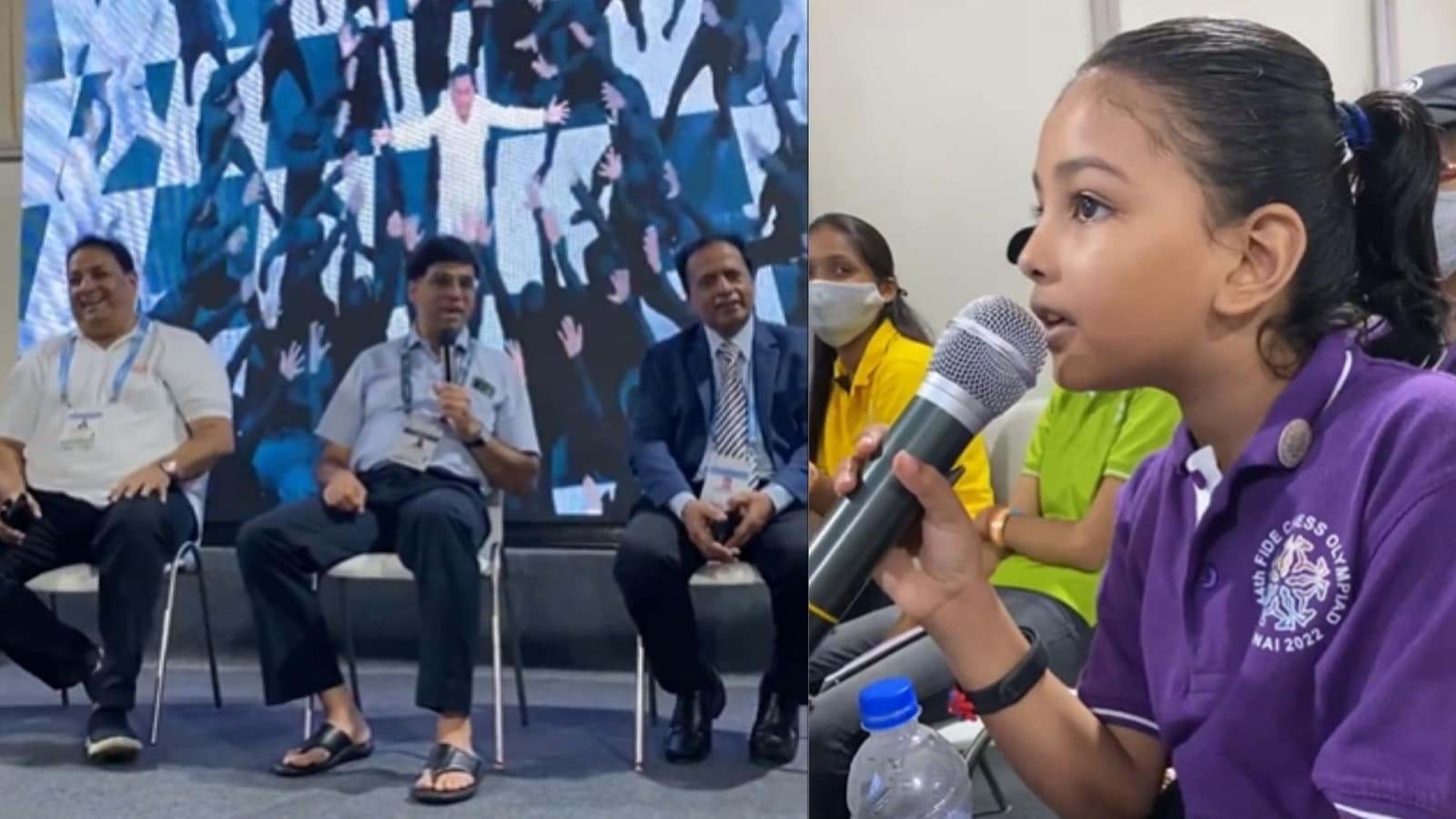 Indian chess Grandmaster Viswanathan Anand was recently left stumped after a little girl asked him a chess-related question at the Chess Olympiad in Chennai. “The question of the day!” wrote Anand while retweeting a video. The video shows the eight-year-old girl asking Anand something that was outside his forte. The little girl’s quirky question has left netizens confused.

The video opens to show two girls discussing what to ask chess Grandmaster Viswanathan Anand. It then shows one of them asking Anand, “How to distract pieces?” Anand, seated on the stage with other officials, started explaining how to distract the opponent by saying, “Well, I do it facing straight.”

Seconds later, the young girl interrupts him and repeats her question. “I have no idea. I try my best, but they never get distracted,” says Anand. He chuckles and adds, “I am sorry, you can distract the opponent, but I don’t know how to distract the pieces.”

The video, since being shared two days ago, has raked up over 95,700 views. It has also amassed nearly 2,500 likes and several comments.

“I think what she means is how to distract and trap your enemy pieces making them fall a prey to your distraction,” commented an individual. “Deep question. Great interpretation. Eg: A pawn distracted to kill a queen might end up giving away the winning defensive position,” shared another. “That’s a good one,” wrote a third with a laughing emoticon. “This is so deeeeeeepppp,” posted a fourth. “‘How to distract the pieces?’ Only a boundlessly creative mind which is consumed by the game could think along those lines!” expressed a fifth.

Discounts of up to Rs 21,000 On iPhone 13 Max, here’s where and how to get the discount- Technology News, Firstpost