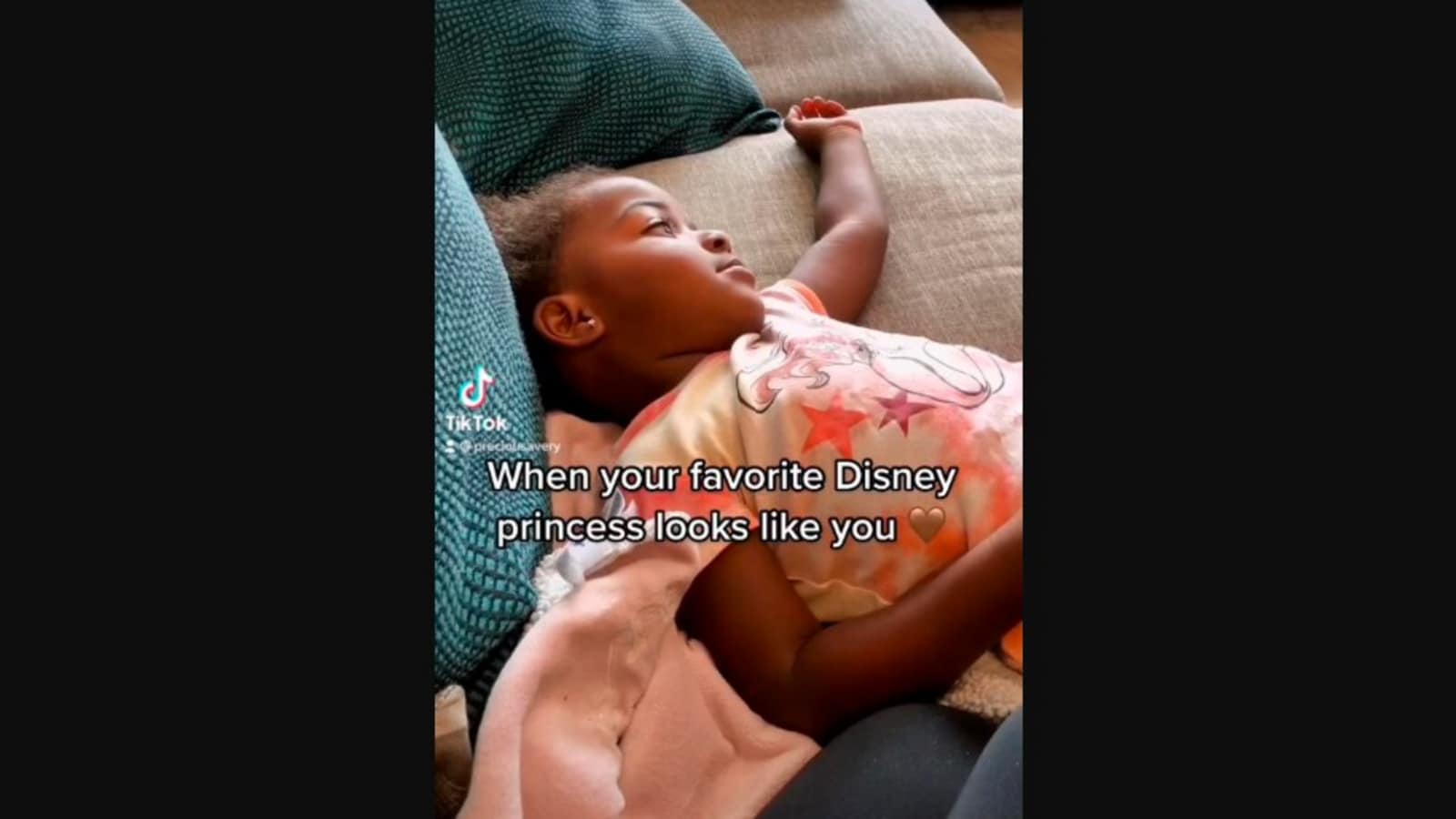 Representation in mainstream film and art matters. And, this video of a little girl’s reaction to seeing Halle Bailey as Ariel in the latest live-action Little Mermaid trailer perfectly proves that. The wonderful video shows the girl grinning from ear to ear after seeing Bailey and excitedly saying “Mommy! … She’s brown like me!”.

The video is posted on an Instagram page dedicated to the adorable kid, Avery, captured in the video. The video opens to show a text that reads, “When your favourite Disney princess looks like you.” The clip shows the little girl sleeping on a couch while watching the Little Mermaid trailer. As soon as Halle Bailey makes her appearance on the screen, Avery sits up in excitement and shares how familiar the character looks.

The video has been shared two days ago. Since being posted, the clip has gathered more than 1.4 lakh views and counting. The post has also accumulated nearly 3,200 likes. Many have re-shared the video across various social media platforms. The post also prompted people to share various comments.

“Just love this,” posted an Instagram user. “This made me cry,” commented another. “My heart. .. I am so happy for little girls of her generation, and for big girls of mine who can re-live the experience through them!” expressed a third. “Cried like a baby watching this, this is so healing for our inner children who wished we saw Disney princesses like us,” wrote a fourth.

Disney’s The Little Mermaid teaser created a buzz with its release. The trailer of the live-action remake shows beautiful shots of Halle Bailey’s Ariel in the ocean. The film is set to be released in May 2023.

Kaun Pravin Tambe actor Ankur Dabas: Web has changed the lives of so many struggling actors