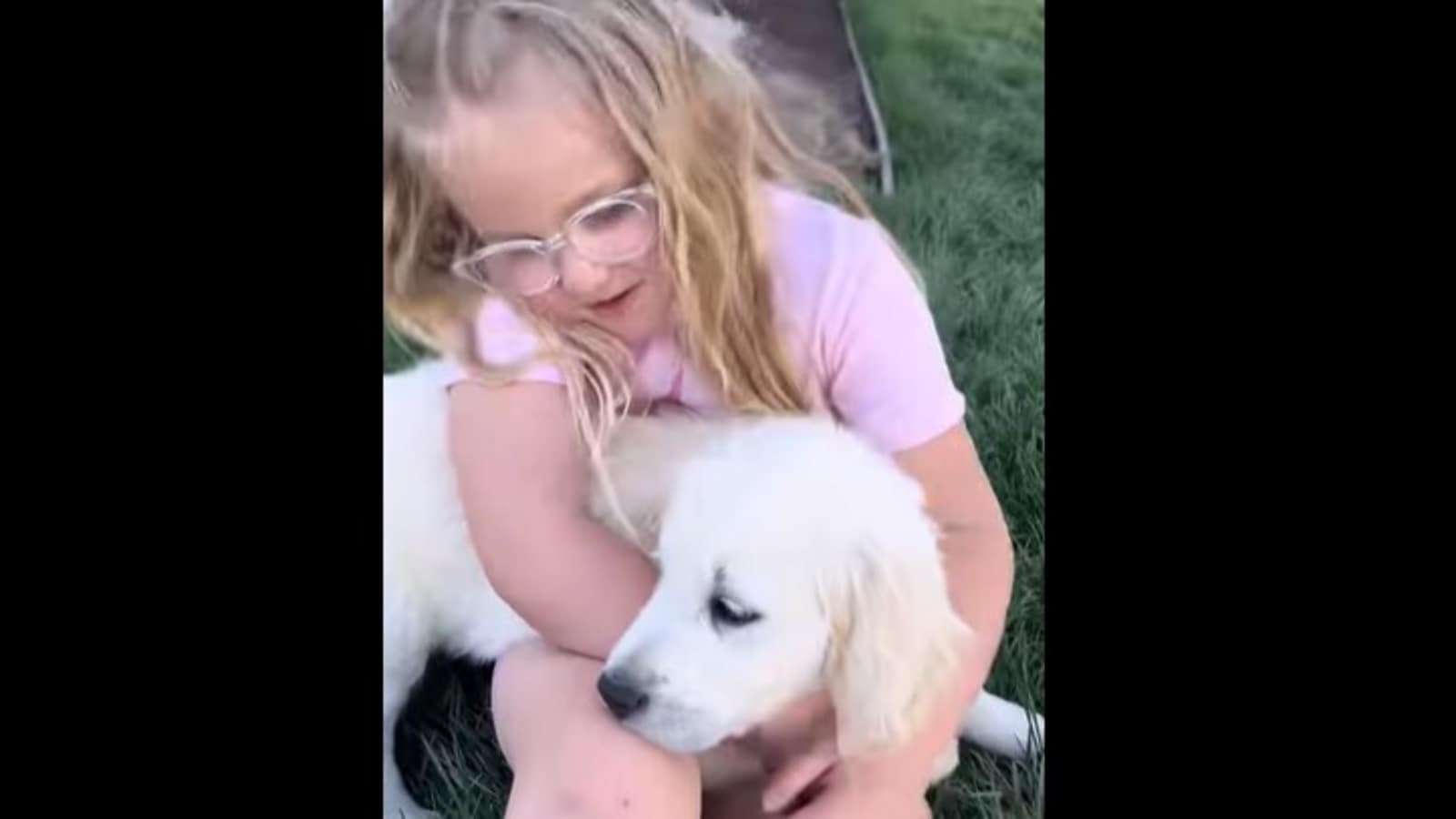 Little kids who grow up with pets around them, develop the sweetest bonds with these little fur babies. This video that has been shared on Instagram and gone viral, shows the sweet bond between a little girl and a puppy that she can be seen holding in this video. But it is the little girl’s thought process while holding the puppy in her arms that has been winning hearts all over the social media platform.

There is a good chance that this video will not only make you smile, but also brighten up your entire day. The girl holds the puppy and looks at him quite intently at the beginning of this video. “He’s chill,” she correctly observes. And this point is exactly when she decides to share the rest of her thoughts with the person recording this video. And there’s nothing that can prepare you for the hilarious thing she’s about to say next.

“Her thought process,” reads the text inserted in the video. It was aptly followed by an emoji of a laughing face with tears in its eyes. The girl goes from thinking that the puppy is really chill, to thinking they should go to the restaurant named Chili’s for dinner that night. The Instagram page that this viral video was shared on, has over four lakh followers on it. “She’s on to something here,” reads the caption to this share.

The video was posted on Instagram on May 18 and since then, has garnered several comments from people who couldn’t stop laughing at this adorable thought process on the girl’s part. It has also received more than 72,000 likes on it so far.

An Instagram user writes, “A girl of my own heart. I can never say no to those skillet cheese fries.” “My thought process as well,” relates another comment. A third comment reads, “Your daughter and I have the same brain.”

Doggo tries to ‘buy’ a movie ticket from his mom behind the counter. See pic