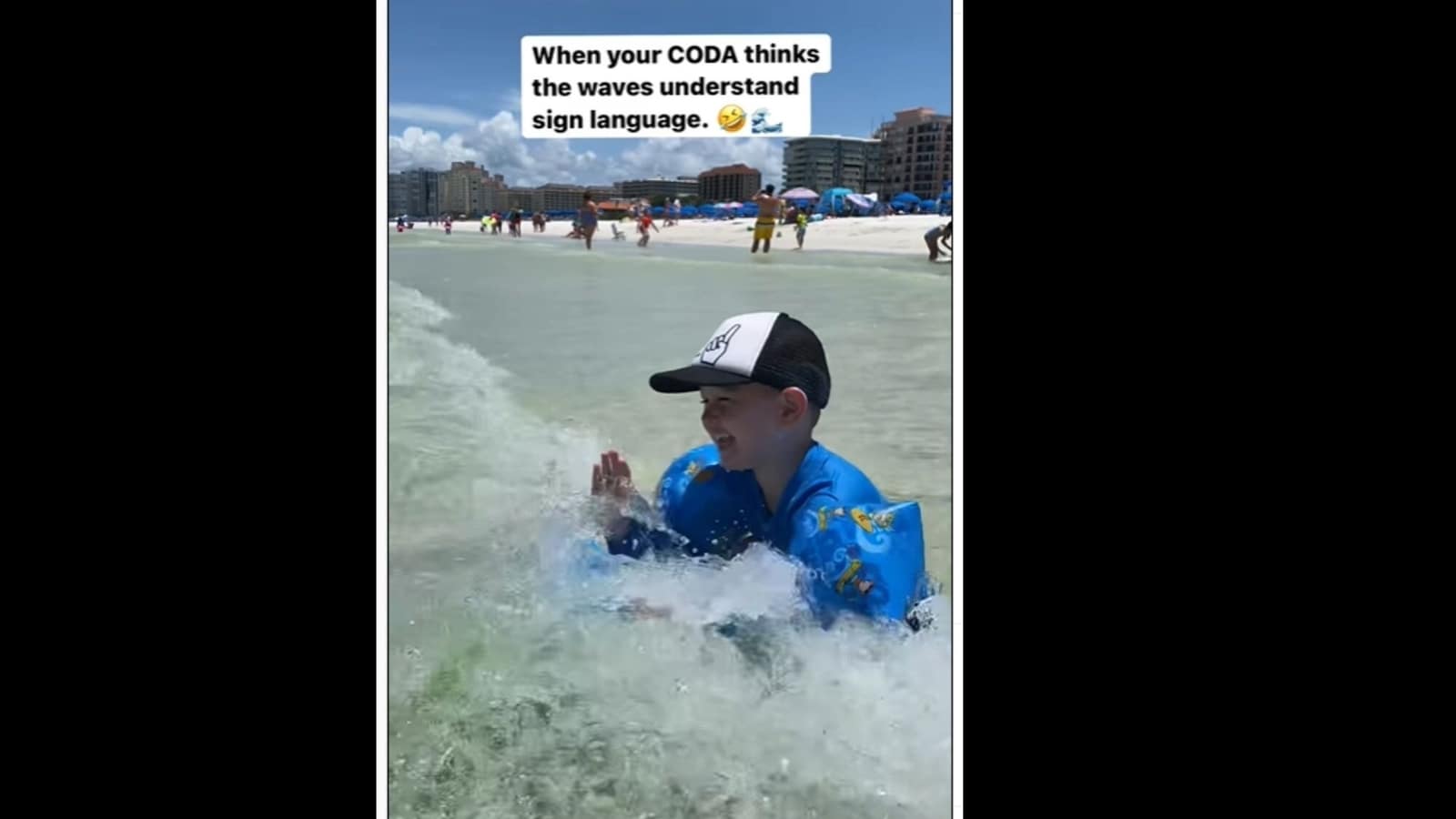 Kids are so innocent and their antics are just heart-melting to watch. In a video that would make you emotional, a boy, who was born to deaf parents and knows sign language, is seen signalling to the waves to stop as he thinks that everyone understands sign language. The boy’s innocence is heartening to watch.

The video was posted on the Instagram account deafmotherhood that belongs to a woman named Janet Moreno. “When your CODA thinks the waves understand sign language. He kept signing to the waves to “wait, wait, wait!” Just so that he could catch the waves with his truck,” says a couple of text inserts on the video. CODA means child of deaf adults, it is explained in the caption. The young boy then got mad at his mother when she explained to him that he can’t use sign language to stop the waves from coming.

“UPDATE: CODA means child of Deaf adults. Daniel and I are deaf and our 2 boys are hearing. I am still just so in awe of how he thinks that if he signs to anything, that anything will listen to him!We are just so happy to be out on the beach! We absolutely love Florida!” says a part of the caption.

The video was posted one day ago and it has received more than 1.16 lakh views so far. It has also received over 7,600 likes and several comments.

“But we were made in the image of God!! He spoke the world into existence!! Jesus spoke to the fig tree! Jesus even spoke to the wind and calmed the sea! I’m in awe now you’ve mentioned it, how it came naturally for him to speak to anything! Like I’m reminded that we are really made in the image of God. This is so cute!!” commented an Instagram user. “This brought so much joy to my day,” wrote another. “This is so pure and precious,” said a third.