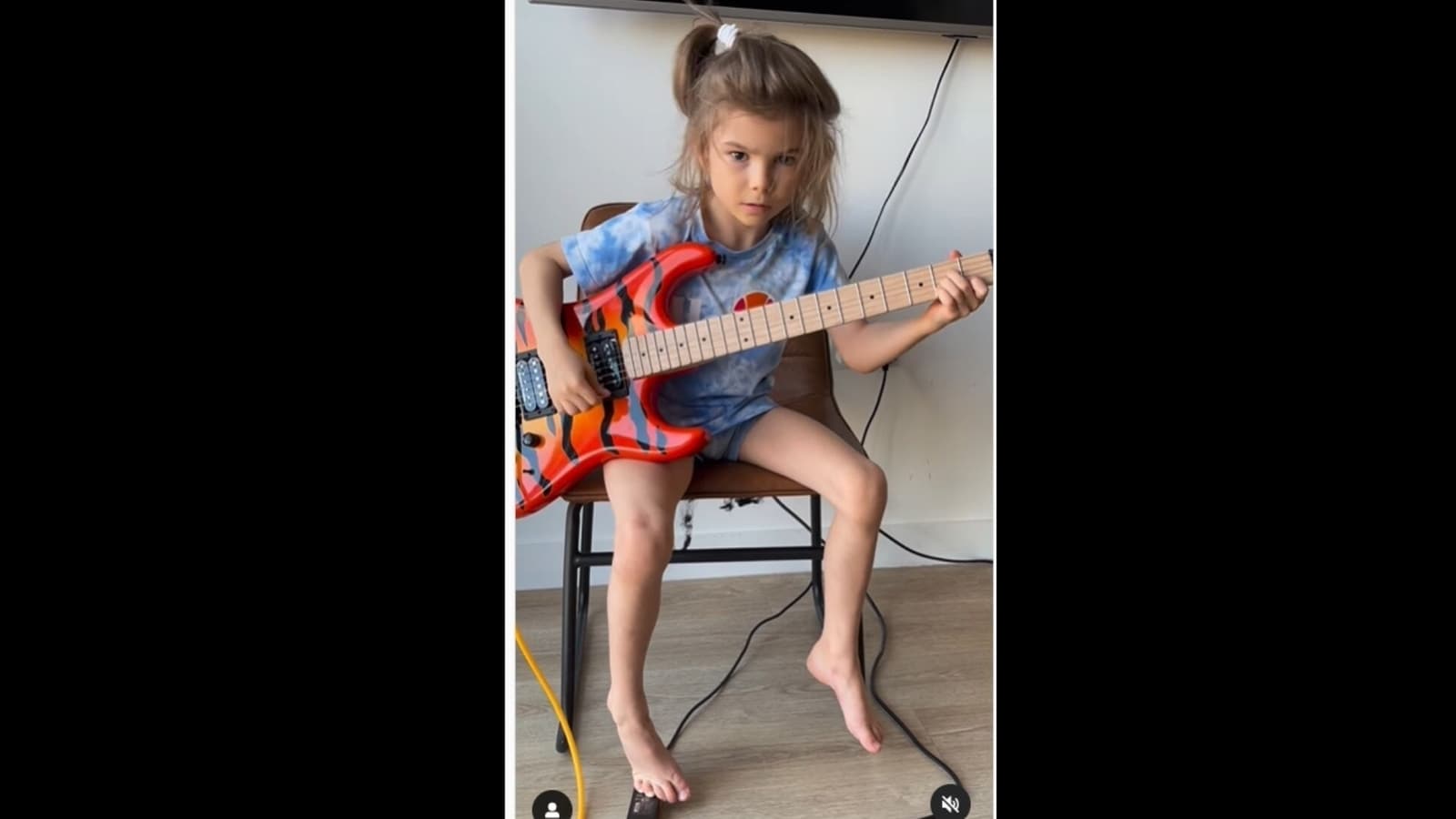 Sometimes kids show exceptional talents in one or more fields at a very young age. When recorded and posted online, such skills make for the best videos. Like this boy who is just six years old and knows how to play the guitar so perfectly to classic rock songs by bands like Metallica, Led Zeppelin and The Beatles. The boy’s videos of playing the guitar have been going viral and if you are a fan of rock music then it will surely blow away your mind.

The videos of the kid are shared on the Instagram page leonardo_fibonaccipatrick2226. The kid named Leonardo Patrick is seen performing the song Enter Sandman by Metallica in a video posted on May 16. It has received more than 2.5 million views.

The video prompted netizens to post several comments as they praised his talent.

“I’m thinking that’s a little dude with some serious talent!” commented an Instagram user. “This Kid is going to be a future rock star,” wrote another. “Very talented for your age how long you been playing? That was amazing,” said a third. “Keep rocking little one!” reads another comment.

In another video posted on May 25, the boy is seen playing the classic song Stairway to Heaven by Led Zeppelin. That video has received over 3.3 million views.

“Very impressive! Do not stop pursuing your music, Leonardo! You are amazing!!!” commented an individual on the video. “Like how he flicks from fingerpicking to the Plectrum,” posted another.

What are your thoughts on this amazingly talented boy?