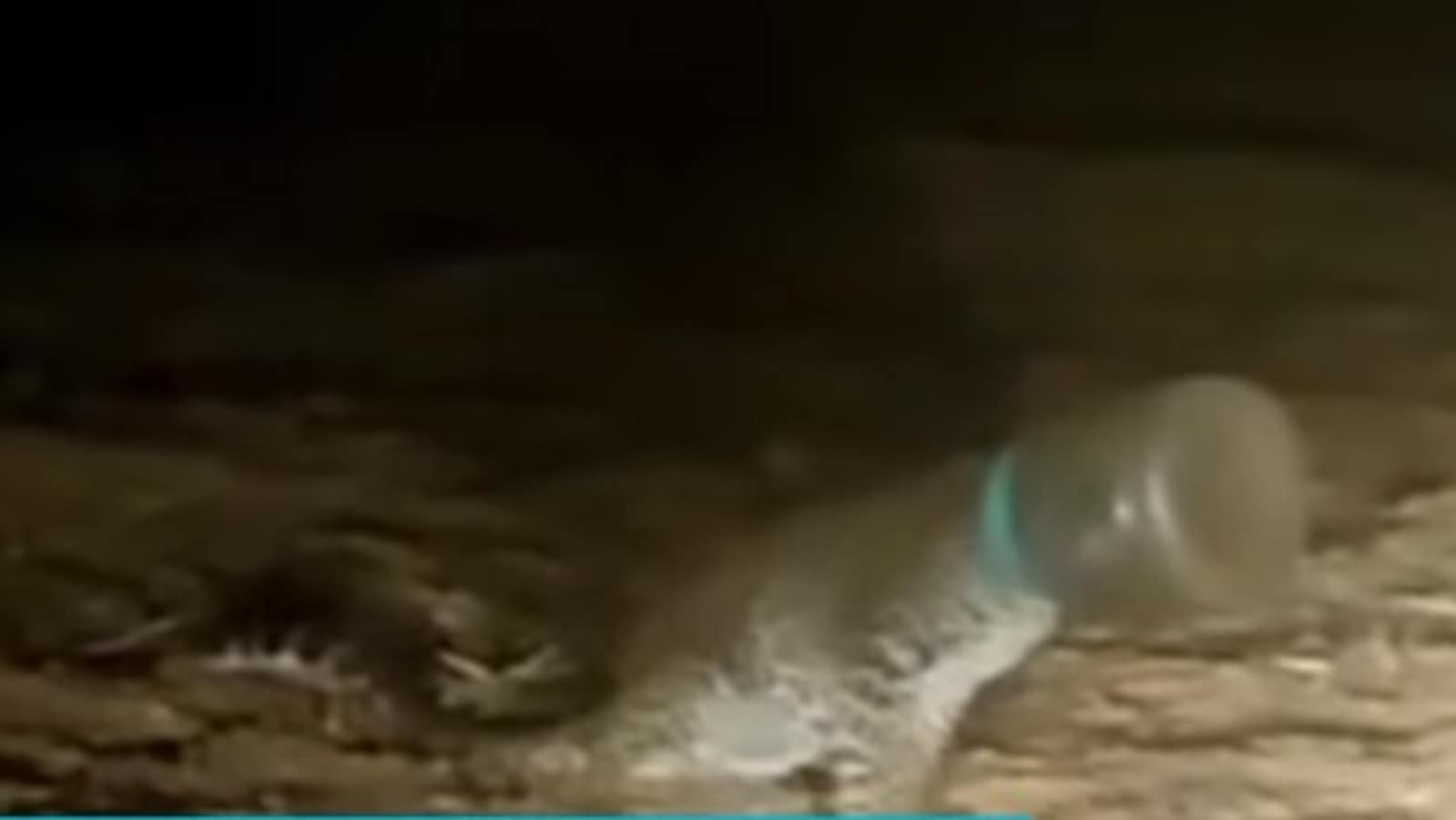 The rescue video of the leopard that had its head stuck in a plastic contained prompted people to post appreciative comments.

The stories of humans helping animals to get out of distressing situations often leave people with a warm feeling. Those are the tales that showcase the true colours of humanity. Case in point, this share about how a team rescued a leopard that got its head stuck in a plastic container. The incident, which took place in Maharashtra’s Thane, may leave you with a smile too.

Resqink Association for Wildlife Welfare (RAWW) took to Twitter to share a tweet documenting how authorities were searching for a leopard that was spotted with a plastic container on its head. RAWW is a Mumbai-based NGO) that is working towards “human-wildlife conflict mitigation and promoting urban wildlife conservation.”

“#ALERT: #Leopard with its head stuck in #plastic container spotted at #Badlapur in #Thane @MahaForest & #rescue teams @raww_ngo are currently trying to locate the distressed mammal,” they wrote and shared a video on February 15. The video showed the distressed animals on the site of a road. Text appearing on the video informed that the big cat was spotted on February 14.

Later, RAWW also posted another tweet confirming the rescue of the animal. “UPDATE: The leopard has been rescued safely some time ago by the SGNP Rescue Team and Thane Territorial wing. It will be brought to SGNP and kept under observation for 24/48 hours and after that released back to wild,” they wrote.

Hindustan Times also shared two videos of the leopard, one showing the big cat before the rescue and one after, on their official Instagram page.

People posted various comments while reacting to the news. “Nice work done !! well appreciated,” wrote an Instagram user. “Such a nice gesture.. god bless them,” posted another. “Heroes,” shared a third. Many also posted heart emoticons to showcase their reactions.

What are your thoughts on the post that documents the rescue of the leopard?

Kapil Sharma says he has sorted issues with Akshay Kumar: ‘My big bro can never be annoyed with me’

Ransomware attacks have dropped. And gangs are attacking each other’s victims