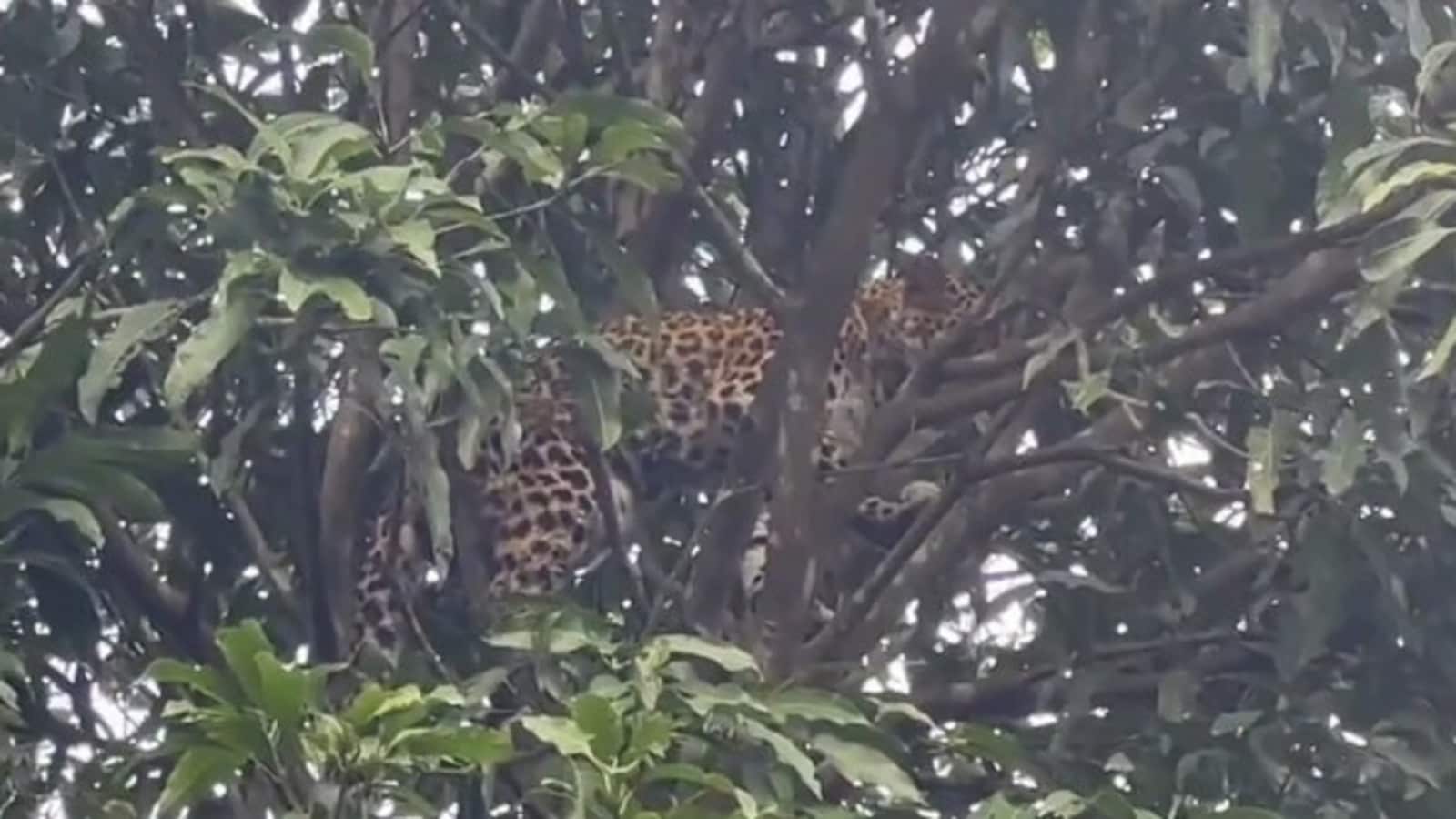 Do you follow IFS officer Praveen Kaswan on Twitter? Then you may be aware of the various videos and images he often shares about wildlife. He also shares posts that showcase rescue of different animals by forest officials. Case in point, his latest share about an eight-hour-long operation to rescue a leopard perched atop a tree.

The video he shared shows the big cat on top of the tree. Within moments, the video zooms out to show people surrounding the area looking at the tree.

Kaswan, while replying to his own post, also shared how the forest official handled the rescue. “8 hour long operation and the leopard was rescued. With no human injury and in a highly crowded region. Such time need mob management as well. Fantastic work by our teams,” he wrote. In yet another tweet he shared a few pictures to show “what it takes to convince the leopard as well as people.”

The post has been shared two days ago. Since being tweeted, the video has accumulated nearly one lakh views and the numbers are only increasing. The tweet has also prompted people to post various comments.

“Wonder what made the rescue team think the leopard needed rescuing? They are after all excellent climbers and presumably quite capable of climbing down also,” wrote a Twitter user. They received a reply from Kaswan. “In middle of human habitat. With 2000 people surrounding it. At least they know their job well. They do it 364 days. For 30 years. Btw now animal is safe in its natural habitat. Otherwise chances were less,” he answered.

Abhinav Shukla says wife Rubina Dilaik is more successful: ‘It is what it is. Somebody would be a fool to not admit it’