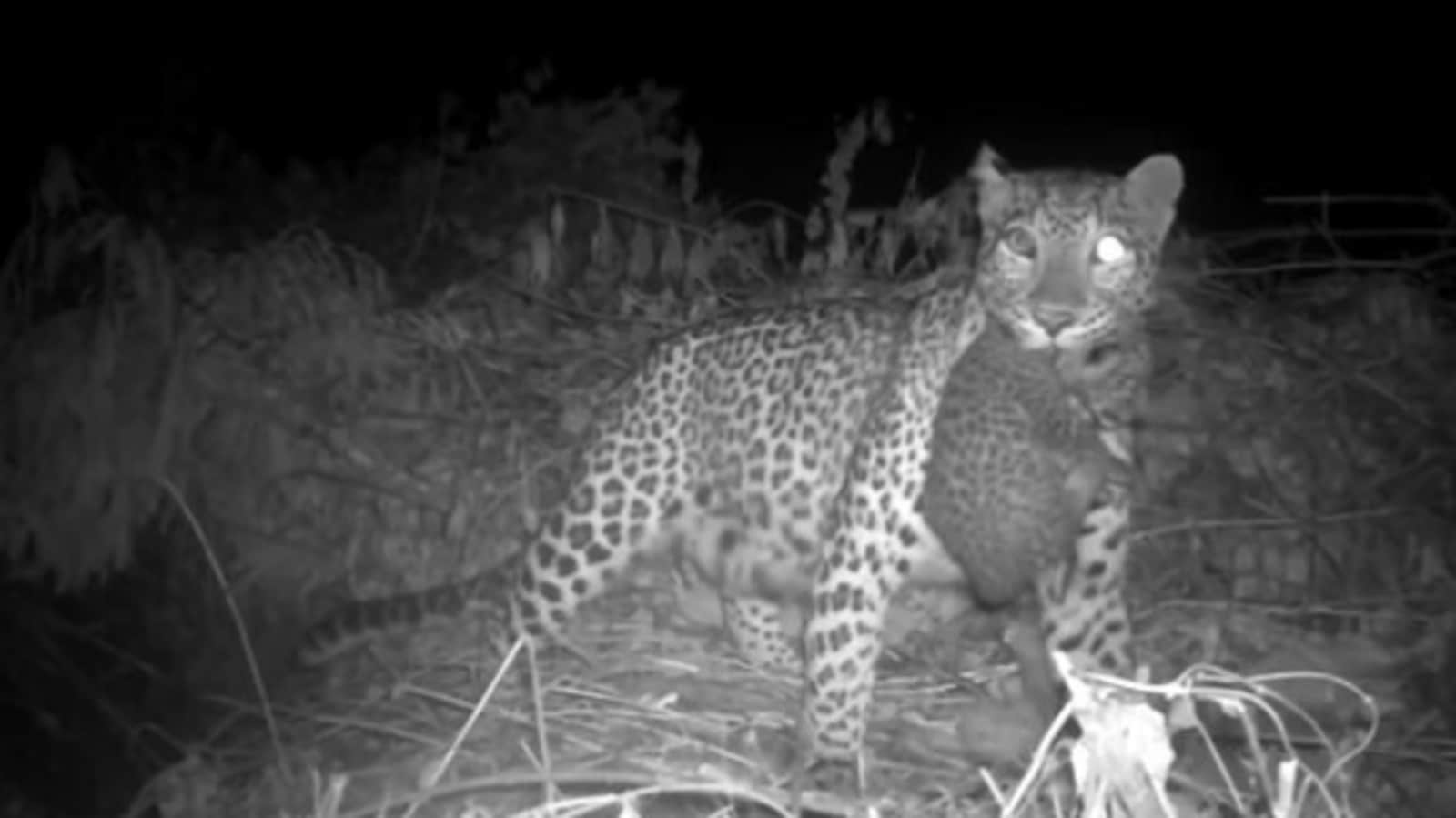 IFS officer Parveen Kaswan’s Twitter feed is amazing to explore if you are someone who loves wildlife. His feed is filled with different videos that raise awareness among people and also give them a glimpse of the wild. At times, he shares videos that show the baby animals getting reunited with their mom after being reduced by forest officials. Just like his recent tweet that shows a reunion between a leopard mama and her cub.

“What can be more beautiful than this? Cub was secured and then mother came and took her back. Yesterday night,” he posted. While replying to his own tweet, he also added, “That is how leopard mothers carry their cubs. Even all cat species. Depending upon the numbers of cubs, the rounds are made.”

The video shows the leopard mama holding her cub in her mouth. For a moment, she stops and looks around, then slowly takes away the little one.

The video has been posted a few days ago. Since being shared, the clip has accumulated more than 41,000 views and the numbers are only increasing. The share has also gathered close to 2,100 likes. People posted various comments while reacting to the video.

“A mother is always a mother,” posted a Twitter user. “Wow. Good news,” expressed another. “Awesome. Always look forward to your posts,” commented a third. “Amazing work you all are doing, protecting the wildlife for a balanced ecosystem. Bravo,” wrote a fourth.

This cat mom misses her kitty while at a music festival, video calls it. Watch

Elon Musk to Be Deposed in Twitter Lawsuit on September 26: Details