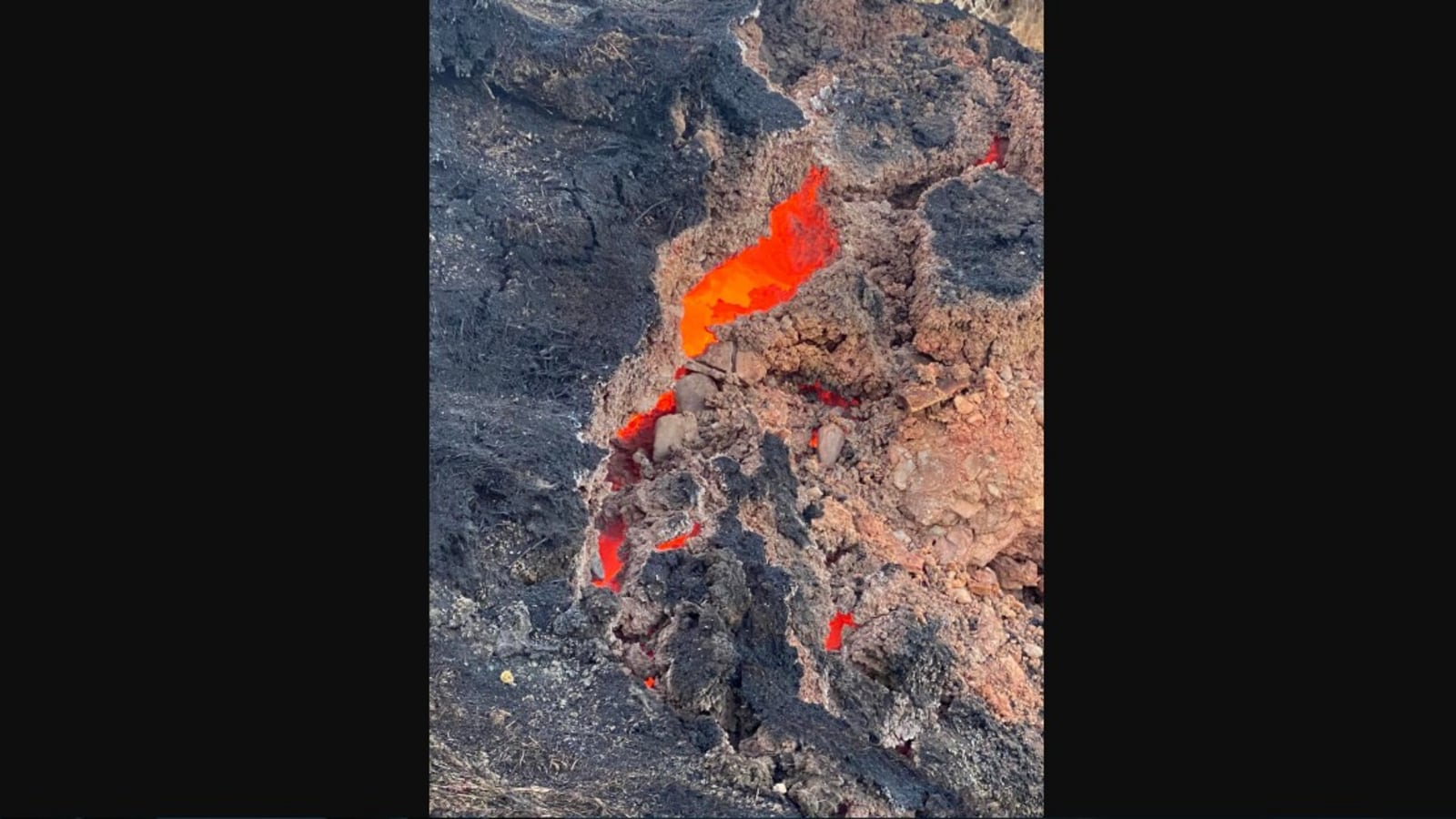 The images and a video of the ‘lava-like’ substance flowing underneath a field in Scotland was posted on Facebook. The share has since gone viral.

A video and a few images of a ‘lava-like’ substance flowing underneath a field in Scotland have gone viral online. The share shows red-hot cavities peeking from beneath the charred black rocks of the area.

A local resident Tom Paton shared the post on Facebook. Since being shared, the pictures and video are now being posted by many across various social media platforms.

“Pictures and short video of ‘the burning field’ up the back of Patna’s old Caravan Park. Hard to believe the Scottish coal board sees fence posts with two pieces of wire as a suitable perimeter for such a dangerous area where the temperature of the ground is deadline warm and the ground falls away at your feet. I don’t understand how it has been like this for at least three years and not much attempt to extinguish it has happened as of yet? Maybe a bit of media attention is needed before there’s a fatality,” he wrote while sharing the video and the images.

Take a look at the images and the video of the ‘lava-like’ substance:

The post, since being shared a few days ago, has gathered several reactions.

“It’s concerning for wildlife and for people who go up there with their dogs because if you don’t already know it’s there then it isn’t too obvious to see. The smell is potent, but the actual hole in the ground is well hidden until you’re right on it,” said Tom Paton to The Herald, a Scottish publication.

What are your thoughts on the images and video?

DeepMind’s ‘Gato’ is mediocre, so why did they build it? | ZDNet