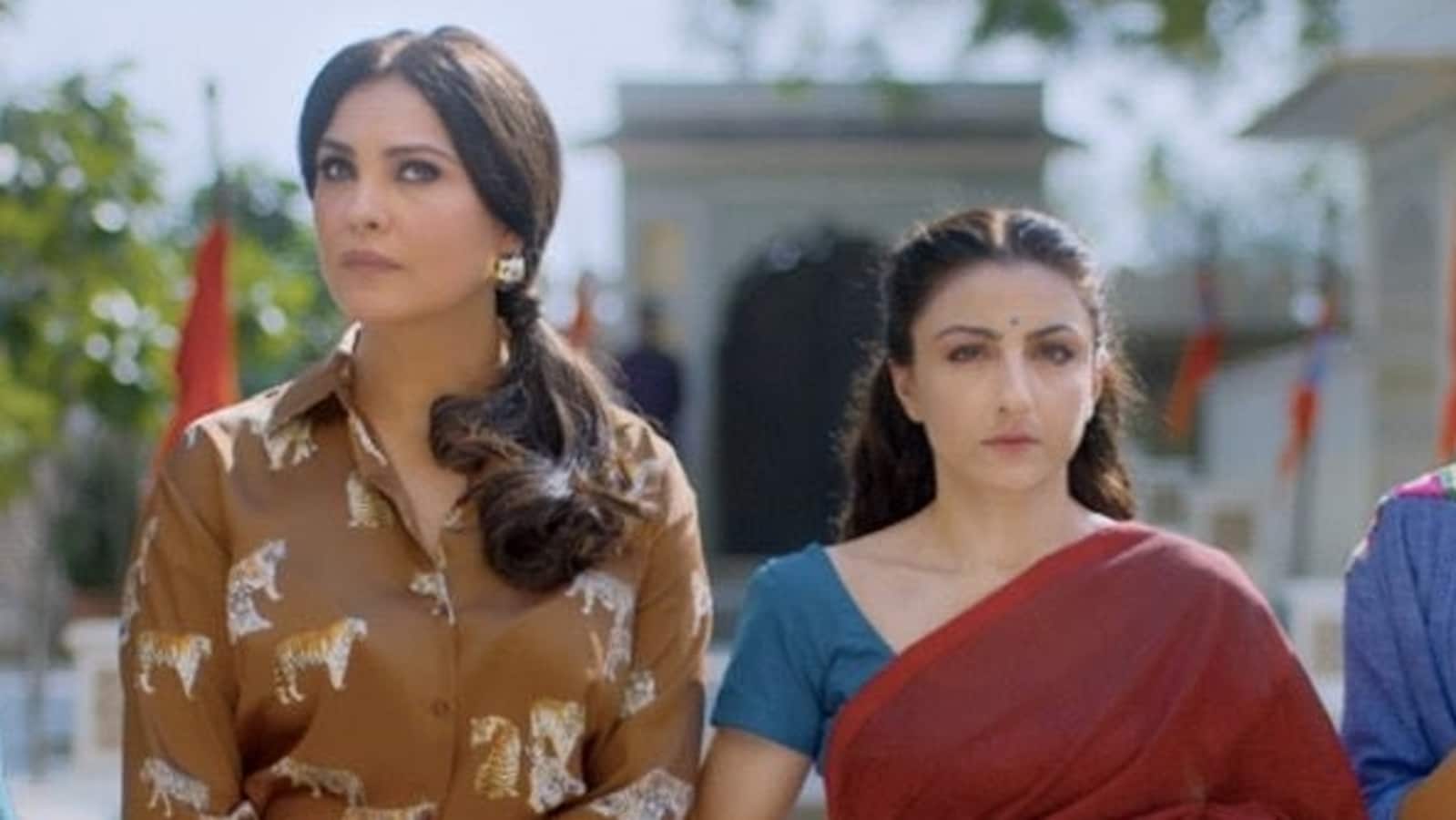 Upcoming Zee5 web series Kaun Banegi Shikharwati sees Lara Dutta, Soha Ali Khan, Kritika Kamra and Anya Singh play four princesses fighting to be the heir apparent to their father- the King of Shikharwat (played by Naseeruddin Shah). In a conversation with us, three of the show’s leads–Lara, Soha, and Anya–talked about their on-set equations, experiences of working together, and if Soha’s real-life royal status came in handy.

Since Soha–being the daughter of Nawab of Pataudi Mansoor Ali Khan–is of royal lineage herself, did that prompt her co-stars to go to her for tips on how to be a royal. Lara said that due to her simple demeanour, she forgot Soha was a royal. “She is also a mom, we are very close in age and she just comes across as someone really normal and simple. So, when we finally hung out in Mandawa (the shooting location for the show in Rajasthan), I don’t think it ever crossed my mind that Soha was royal,” she told us.

In fact, Lara added that she always connected royalty with Soha’s older brother Saif Ali Khan. “It never crossed my mind to look at her from a royal perspective. By default, you attribute that more to Saif because Soha just maintains so much of a lower key,” added Lara.

Anya, however, added a few regal qualities she learnt from Soha on the show’s sets. “I learnt how to eat gobhi-aaloo with Thai curry with my hands and how to sleep gracefully,” she said with a laugh. Soha, herself, was quick to play down her royal status when addressed to as ‘a royal’. “It’s not who I am,” she said, laughing, “apart from being somebody with royal lineage.”

This is Soha’s first web series and her first outing in the entertainment industry since 2018. Soha said she was nervous about this ‘comeback’ because she had gotten used to be in the company of just her daughter Inaaya. “I was really apprehensive about getting back to work and what the experience was like and spending time with anybody that wasn’t my daughter. It was a very novel concept for me and I didn’t think anybody would be as engaging but I was proven wrong,” she said.

Soha added that in the end, she found it fulfilling to do something for herself after a long time. “I had a really good time and I really enjoyed doing something that was just for me and not for my husband or my mother or my daughter or anyone else,” she said.

Anya Singh plays the youngest daughter in the show and is also the youngest among the principal cast, both in age and experience. She said she did find it daunting to be with such experienced actors on set but also very fulfilling. She said, “The entire cast, I admire all of them. I remember this scene I had with Naseer sir, I was so nervous before it I actually had to meditate to calm myself down. But being the youngest, I was pampered the most.”

Kaun Banegi Shikharwati, directed by Gaurav Chawla and Ananya Banerjee, begins streaming on Zee5 on January 7, 2022. The show tells the story of the erstwhile Raja of a fictitious kingdom called Shikharwat and how he tries to con his four daughters into helping him prevent his palace from being seized by the government.

Anupamaa written update June 15: Anupamaa and Barkha’s guests get into altercation over Hasmukh