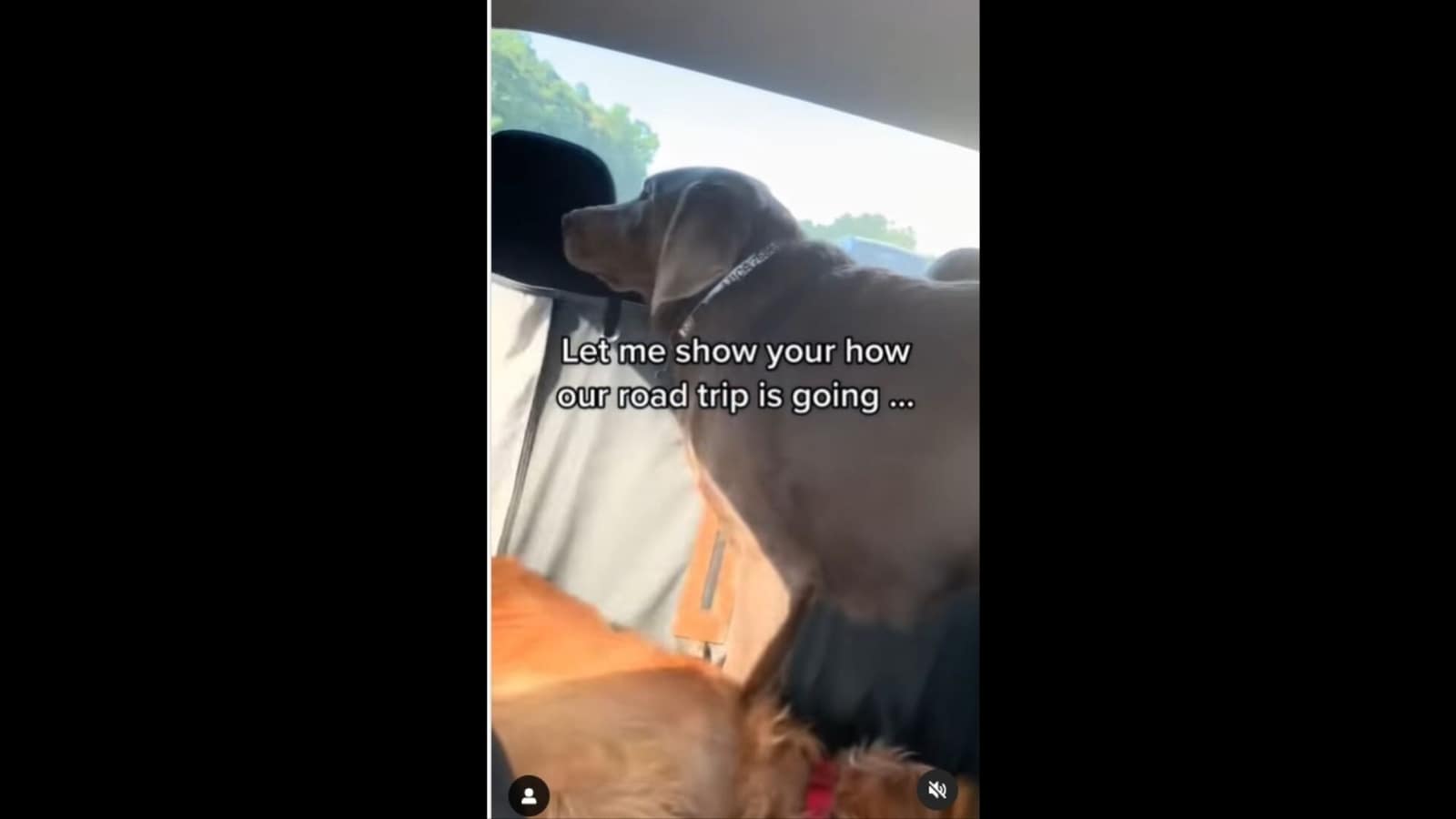 It’s said sharing is caring. However, there are those moments when sharing just isn’t an option – something this golden retriever dog hilariously shows in a video. The clip, posted on Instagram shows the doggo lying down in the back seat of a car during a road trip. Only problem, he had to share the seat with a Labrador dog and just wasn’t inclined to make any space for him. Things seemed to be going fine for him until the Lab understood the situation and decided to make place for himself. His antics make this a wonderful video to watch.

The delightful clip has been shared on the Instagram accounts of the two doggos – ‘enzosgoldenadventure’ and ‘lucathesaltydog’. The video opens to show Enzo sleeping soundly in the back seat taking all the space for himself, leaving adorable Luca rather uncomfortable. But Luca figures out he needs to take matters into his own paws and proceeds to sit where he finds space – Enzo’s face.

“Live footage of what life has felt like these past few weeks… When one dog is used to having the whole back seat to himself and now has to share,” reads the caption shared along with the video. The doggos’ sweet shenanigans will definitely put a smile on your face and may even prompt you to watch the video over and over again.

Posted on July 5, the video has collected quite a few reactions from netizens. The share even has comments from other doggo accounts.

What do you think about Enzo and Luca? Did their antics make you laugh out loud?

Fortnite for iOS and Android Debuts on GeForce Now: All Details

Musician imagines how Kesariya would sound if Ritviz made it, singer replies