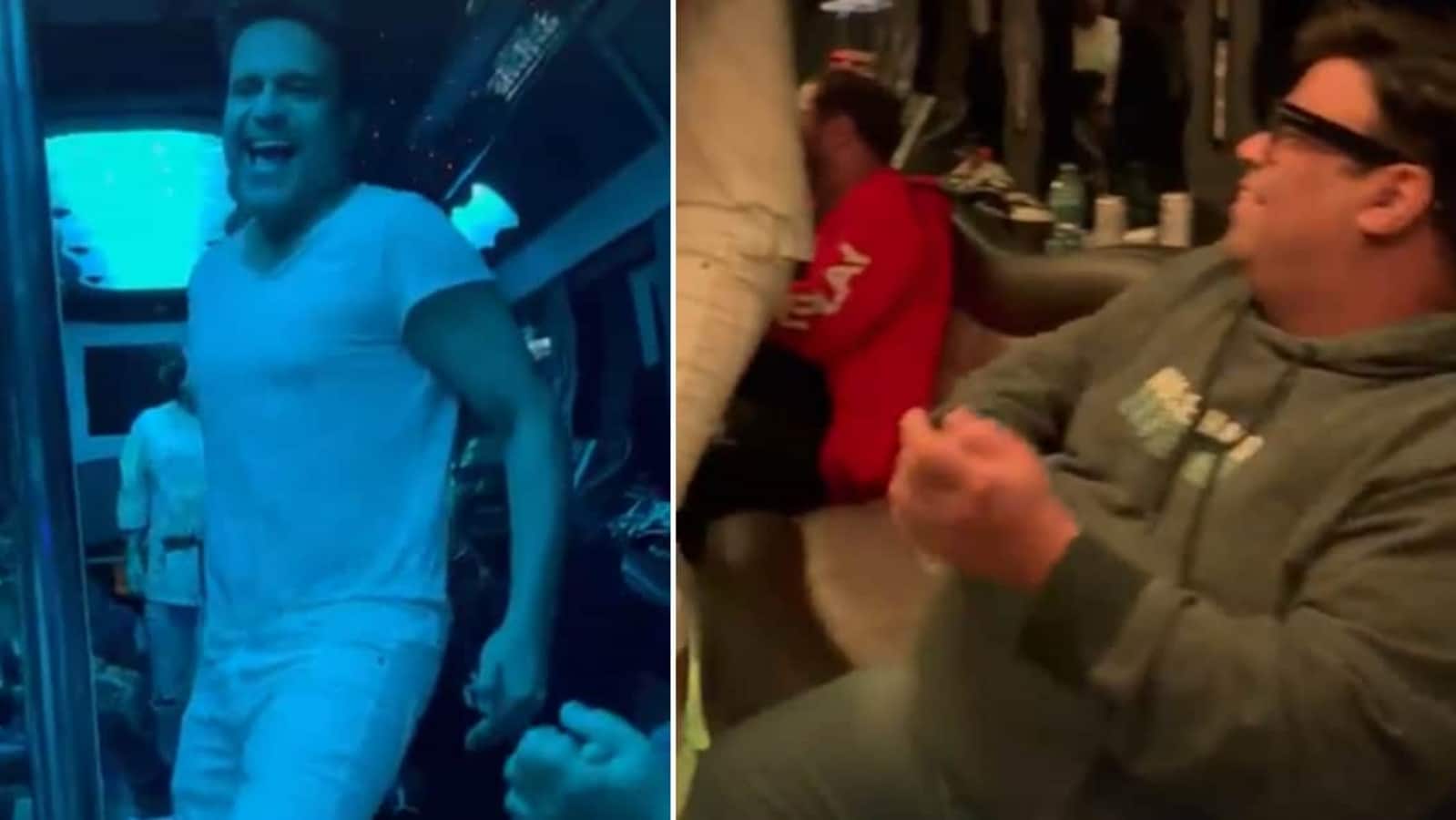 In a video shared by Kapil Sharma from their Canada tour, Krushna Abhishek is seen dancing to his uncle Govinda’s song Chalo Ishq Ladaaye.

Comedian Kapil Sharma shared fun videos on his Instagram Stories, in which Krushna Abhishek is seen dancing to Chalo Ishq Ladaaye. Kapil and his team members have been sharing pictures and videos from Canada and also snippets from their show Kapil Sharma Live. In Vancouver, as the team performed on June 25 and on Wednesday, Kapil announced that their next stop is Toronto. Also Read: Kapil Sharma kickstarts Canada tour with Krushna Abhishek and team, fans ask ‘where is Bharti Singh?’ See pics

In the video shared by Kapil, a happy Krushna Abhishek is seen doing a pole dance to his uncle Govinda’s song Chalo Ishq Ladaaye. Kiku Sharda is also spotted in the video, cheering for Krushna. Krushna and Govinda have always been vocal about their strained relationship, with both of them telling their sides of the story to the media. Recently, during an interview, Krushna apologised to his uncle. Govinda also said in a statement, ‘You are always forgiven’.

Apart from Kapil, Krushna and Kiku, Sumona Chakroborty, Chandan Prabhakar and Rajiv Thakur have also been performing during the tour. On Wednesday, Kapil shared a video from his Vancouver show on Instagram. In the video, Kapil, Kiku, Sumona, Krushna and Rajiv were seen performing on the stage as thousands of people cheered for them. Sharing the video, Kapil told his fans that he will be performing next in Toronto on July 3.

Team of The Kapil Sharma Show wrapped up the last episode of the second season of the show recently, in which the star cast of the upcoming film JugJugg Jeeyo featured.

Woman travels with her pet dog from Delhi to Goa on train. Watch to find how