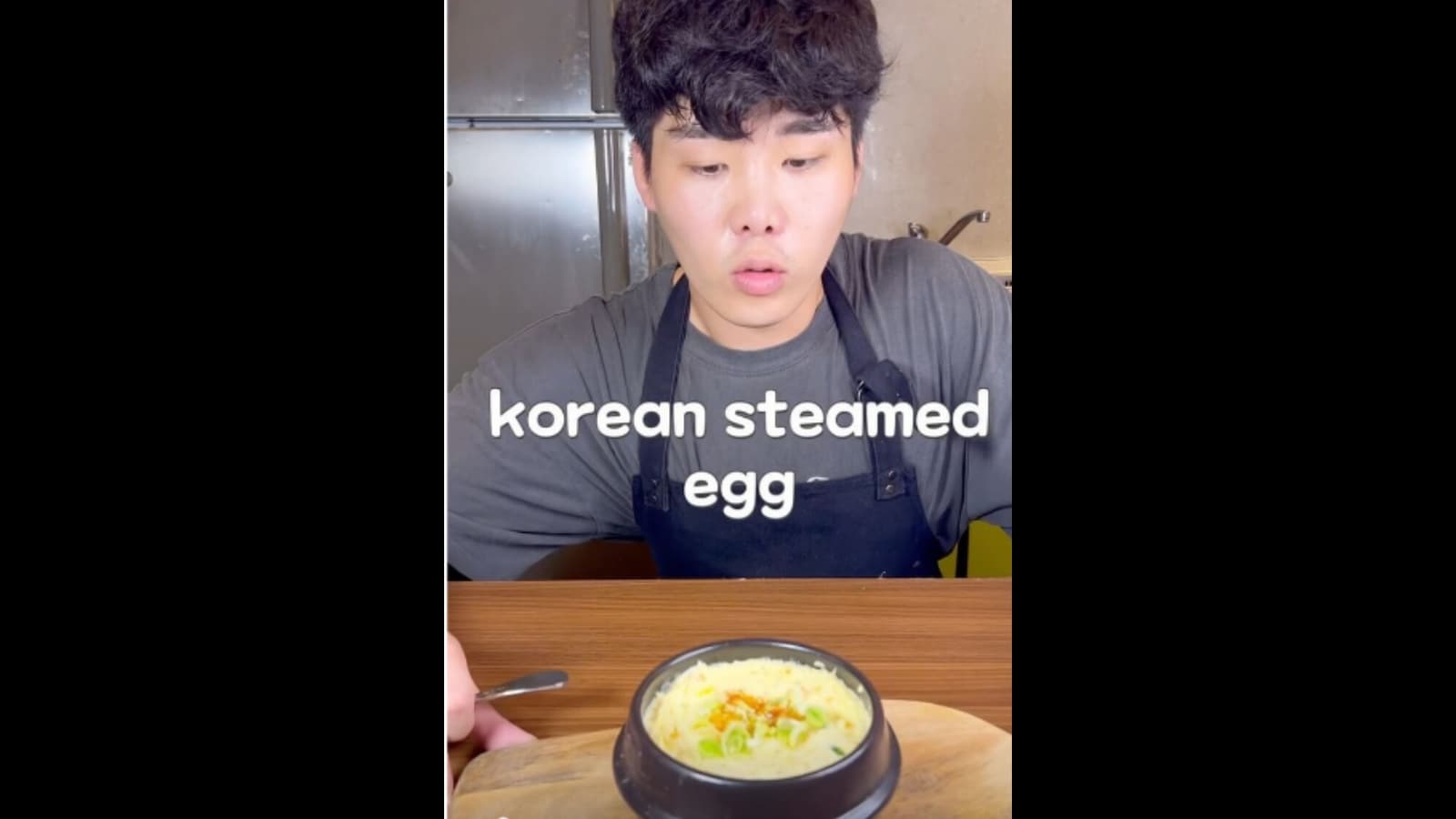 When you live in a certain place, it becomes quite obvious that you end up learning the language that is widely spoken there. In the same way, Chef Kim from Korea works in Delhi, India. And of course, he has picked up impeccable Hindi during his stay here. In a video that he has posted on his Instagram page, one can see how he narrates the whole recipe in Hindi. This video has been winning hearts all over the social media platform and is likely to win yours too, owing to how sweetly this chef narrates the recipe and of course, the steamed egg that he ends up making. He had previously also gone viral for making the authentic Korean dish named Japchae, in its vegan version.

Other than writing the recipe for the steamed egg in the caption of this video, the chef has also added some context at the beginning of it. He wrote, “I am gonna introduce #koreansteamedegg Actually, there was a problem with the sound of the video, so I narrated it in Hindi. In Korea, we eat steamed eggs when we eat meat!” The Instagram page that is run by Chef Kim has over 94,000 followers on it so far, and the numbers only keep increasing.

Take a look at the video and read the detailed caption to it right here:

Having gathered 2.72 lakh likes ever since it was posted on July 22, this cooking video has also received various comments from people who simply loved watching it.

Meghan Markle gives her coat worth ₹3 lakh to a mother holding baby, fans call her ‘queen of kindness’. Watch