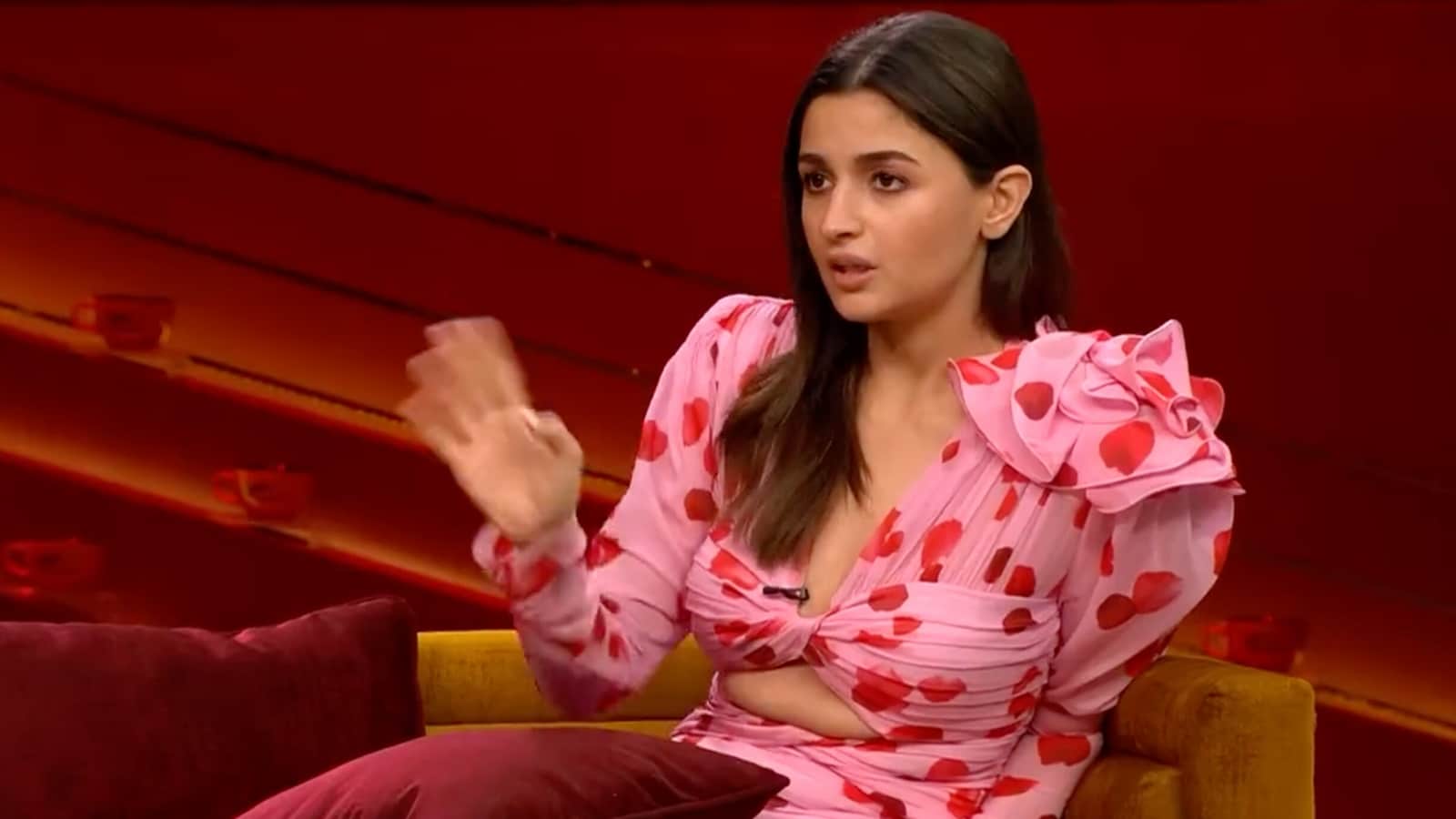 Karan Johar has shared the promo for the upcoming first episode of the new season of his hit chat show, Koffee With Karan. The first episode, which will feature Alia Bhatt and Ranveer Singh, will premiere on Disney+ Hotstar on July 7 at 7pm. (Also read: Koffee With Karan 7 trailer: Sara Ali Khan says her ex is everyone’s ex)

In the promo, Alia Bhatt and Ranveer share a bunch of steamy secrets. Karan introduces them as two married people, just not with each other. While Ranveer married Deepika Padukone in 2018, Alia married Ranbir Kapoor in April. She is also expecting their first baby.

When Karan asked Alia what is the one thing she realised after getting married, she said, “There’s no such thing as suhaagraat. You’re tired.” When Karan challenged her to speak about ‘my marriage’, she launched into a monologue on Karan’s marriage. Karan and Ranveer Singh tell her that she is supposed to talk about her own marriage.

Karan also asks her to choose the actor she has the best chemistry with, Ranveer or Varun Dhawan, when she takes a pause. Ranveer gets offended he is not getting any love from her and threatens to leave.

Apart from Alia and Ranveer, other guests on the show this season will be Samantha Ruth Prabhu, Akshay Kumar, Tiger Shroff, Sara Ali Khan, Janhvi Kapoor and more. “I’m excited to be back with Koffee With Karan, for an all-new season, keeping up the promise of being the personal celebrity hotspot for over 18 years. This will be a season of all-out candor for a galaxy of stars where there are no brakes to pull. If you want to catch the conversations before they become the next day’s headlines, Disney Hotstar is your go-to destination every Thursday,” Karan said in a statement.

Ranveer and Alia will be seen together in Karan Johar’s Rocky aur Rani ki Prem Kahani. The film is slated to release on the occasion of Valentine’s Day 2023.

Ahsaas Channa: My issue as a teenager was getting a little addicted to attention