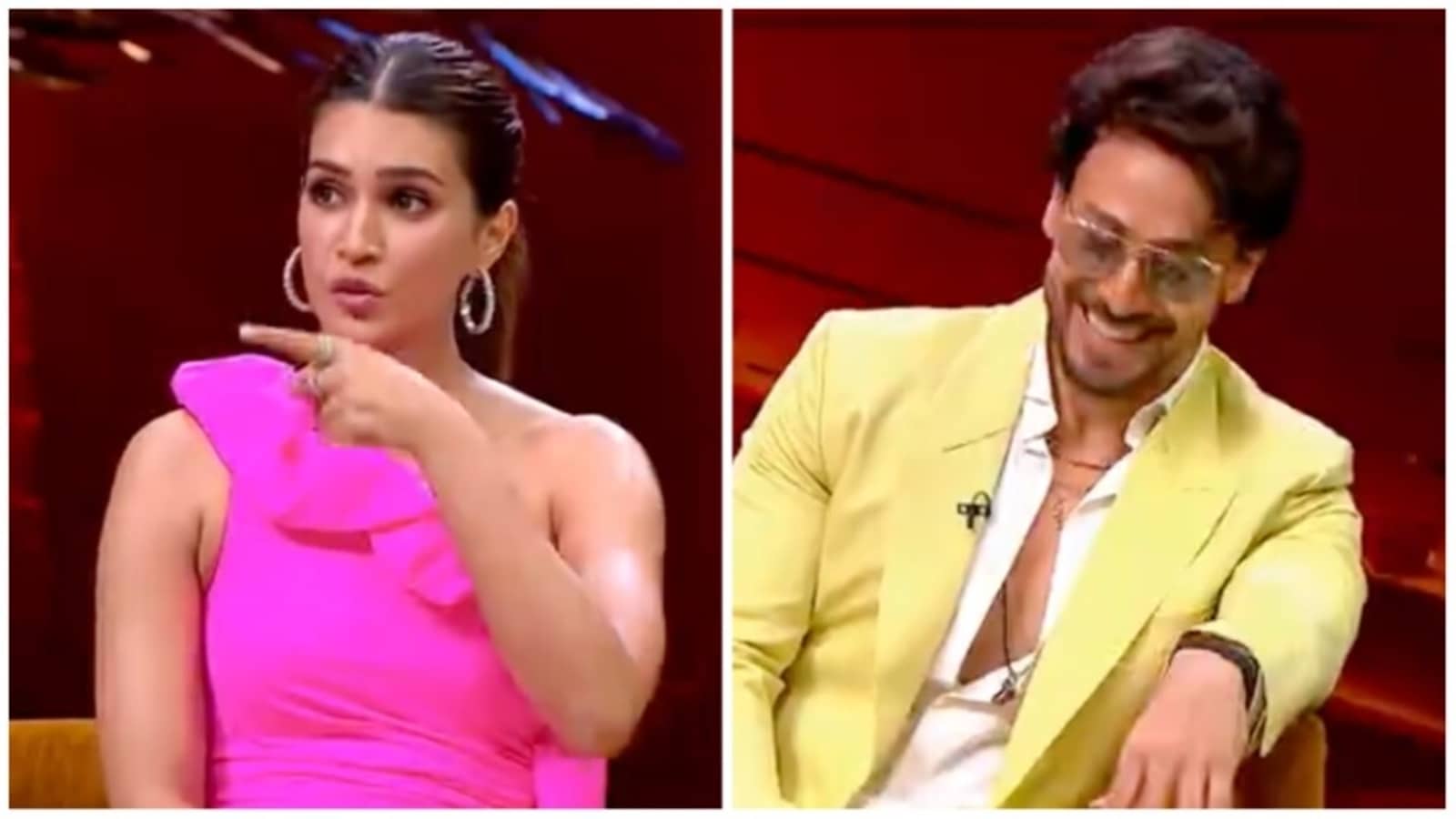 Karan Johar has shared the first trailer for the upcoming ninth episode of Koffee With Karan. The new episode, which releases on Thursday, features Kriti Sanon with her Heropanti co-star Tiger Shroff. In the episode, the former co-stars will discuss all from getting rejected at auditions, hitting on each other and more. (Also read: Karan Johar reveals the two celebs he will never invite on Koffee With Karan: ‘Not brave enough to even ask’)

In the episode, Kriti was asked about getting rejected at auditions when she said, “You know my first audition was actually for Student of the Year.” Karan replied with an ‘oops’. Student of the Year marked the debuts of Alia Bhatt, Varun Dhawan and Sidharth Malhotra. Kriti made her acting debut with Tiger in Heropanti.

Karan also asked Tiger why he never hit on Kriti when he said that she was already taken. When asked what Tiger envies Ranveer Singh for, he said ‘his wife’. Karan was shocked at his reply when Tiger replied that it is because she was so talented but Karan wasn’t ready to buy that defence. Ranveer is married to actor Deepika Padukone. When asked if Tiger has ever gone commando in public, he said, “All the time.”

The latest season of the show has come under criticism for Karan’s constant questions about celebrities’ personal and sex lives. Recently, Karan spoke to The Hindu about the hate for the show. He said, “So, I don’t know how much of the hate and trolling is actually about the show; it’s really more about the fact that a show like this exists, and has this kind of abandon. A lot of the hate sometimes is entertaining, because I wonder why they are cursing it so much, but also watching it? I read the threads on Twitter and other portals; reels and reels of discourse that people are having about KWK… and I feel very moved and touched. I’m like, that’s a lot of time you have taken out of your lives to write such a long column on something you hated so much.”

People can’t get enough of this ‘majestic’ cat walking in the snow. Watch

Microsoft Azure-certified roles are well-paid, and you can study for certification for $39

Diablo Immortal to Sonic Origins: The Biggest Games in June 2022