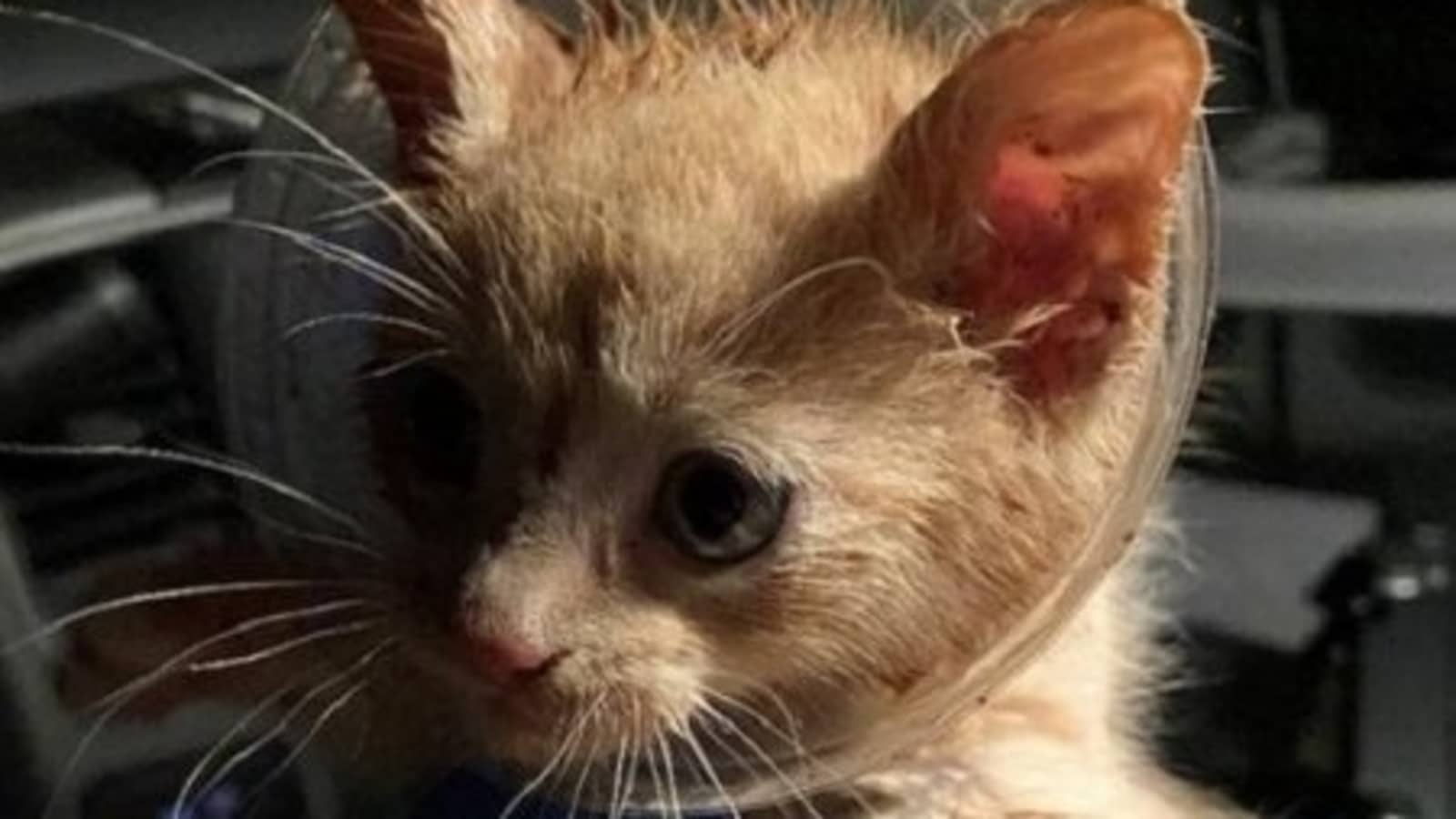 The New York State Department of Environmental Conservation responded to a call at the end of a late-night shift. And at that point, little did they know that they were about to come across one of the cutest rescues in a while. The rescue concerned an adorable little kitten who had unfortunately got its tiny head stuck in a fast-food cup and the anecdote behind it will surely make you say ‘aww’ and that too repeatedly. In a news release, the department noted how Environmental Conservation Officer Darci Dougherty came across “an object in the middle of the road in the town of Ellery.”

She discovered the object was, in fact, a small animal with its head stuck inside a plastic fast food drink cup. Equipping for all chances, ECO Dougherty carefully approached the cup and found the kitten. The small animal was incapable of lifting its head off the ground nor could it pull its head out of the lid. The officer quickly moved the kitten and cup out of harm’s way and away from oncoming traffic. ECO Dougherty extracted the cup but needed to cut the lid from the kitten’s head.

“This ordeal could easily have been deadly for the kitten, but easily prevented if the responsible party had properly disposed of the cup. The kitten was later adopted,” the press release said. Here is a photo of the tiny little kitten after it got rescued by the New York State Department of Environmental Conservation:

What are your thoughts on this little kitten who was walking with its head in a plastic cup?

Shaili Singh who won silver in the women’s long jump at the World Junior Athletics Championship 2021 is coached by whom?