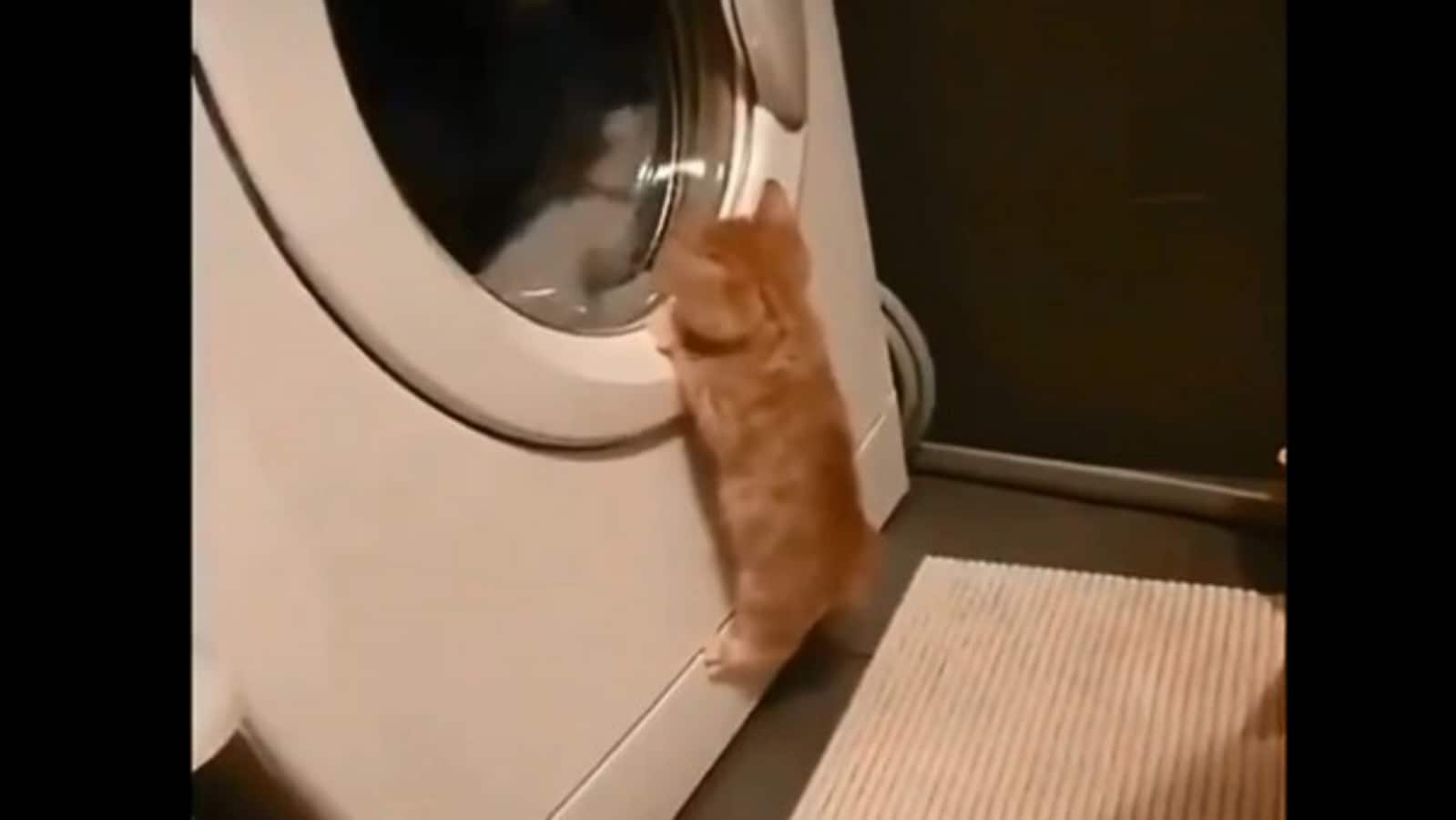 The video of the kitten watching clothes spinning in washing machine was posted on Reddit.

Videos of puppies and kittens getting impressed or confused while interacting with the most regular things at home always make for extremely entertaining clips. This video is yet another hilarious addition to that list. It shows a tiny, and rather adorable, kitten transfixed by the spinning motion inside a running washing machine.

The video has been circulating on the Internet for and has managed to catch the attention of people on Reddit. In the video, the tiny kitten is seen hanging on the washing machine while it watches the clothes spinning inside. The kitten seems hypnotized by the scene in front of it, so much so that it loses control and even takes a tumble.

The video makes for a wonderful watch, especially if you’re someone who loves such videos of goofy kittens.

Since being posted some 11 hours ago, the video has collected nearly 2,000 upvotes and several comments from delighted Reddit users.

“Beautiful! How come it can be so cute,” reacts an individual asking a question that may have crossed your mind too. “He seems very curious,” writes another. “How to mesmerize a kitten,” adds a third. “That’s so funny,” a fourth shares. “Me when I was four,” posts a fifth.

What do you think about this video? Did it leave your laughing as well?

WhatsApp ‘Edited’ Labels for Modified Texts in the Works: All Details

Dog’s reaction to pet parent asking it to come downstairs for a walk is hilarious. Watch viral video