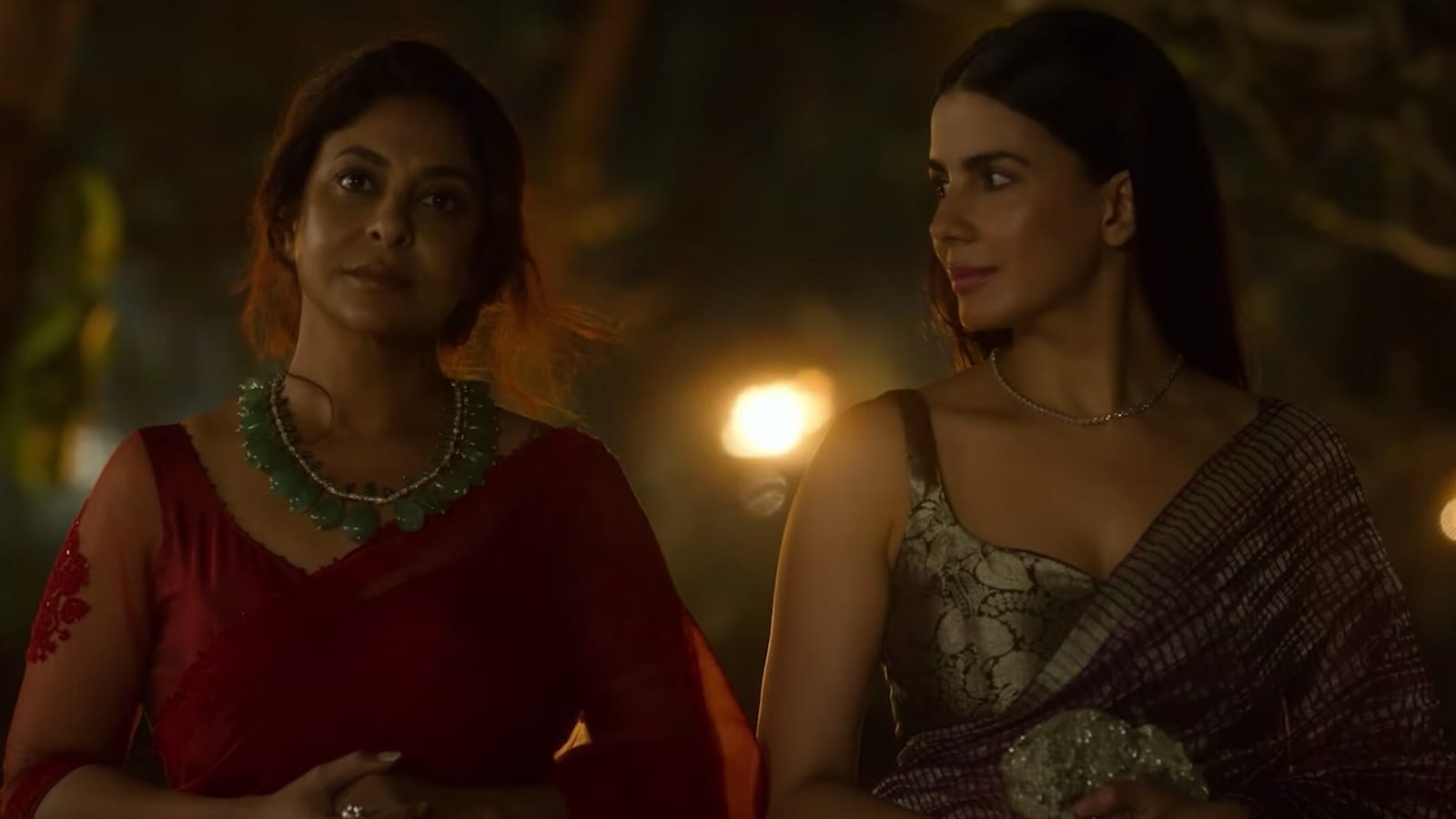 Kirti Kulhari and Shefali Shah play doctors in their new Disney+ Hotstar show Human. They also share a kiss in the show. Talking about it, Kirti has said in an interview with Hindustan Times that it was strange for her to think of trying to create that chemistry with a woman.

Talking about it, Kirti said, “There are times our (Shefali and Kirti’s) hands touch (in the show), and we also have a kissing scene. I mean, of course, I am an actor, of course, I am up for it; but it is still strange for me. I have never done this before. It is still strange for me to create that chemistry for a woman, to really give the expressions I would, falling for a guy. It is different.”

She added, “I did go from one point to another. I knew no preparation could prepare me for it, it is in that moment. I had to wire myself in a way to go beyond the idea of genders and that is when I realised it is not about whether it is a man or a woman in front of me but about the feeling, it is about what I am feeling for the person.”

Talking about shooting the kissing scene in Human, the actor said, “I think the most nervous person for the kissing scene was my director Mozez Singh. I was only (thinking) ‘what if I kiss her and feel something, what if I get turned on?’ That will be something, I will then have to sit back and think if I am also looking at women. That is the only thing I had. We did not rehearse. My director made us do some 8-10 takes for getting different angles of the kiss. We did it the first time, and we were like ‘ok,’ I was relieved thinking ‘thank God koi feeling nahi aya (there was no feeling)’. Then Mozez came back and asked us to give more takes.”

“After the first couple of takes, we went at it like robots. That is what it is, sex on screen, or kissing on screen. People wonder about it but it is the most boring thing. You have 100 people around and there is no privacy. You are at the mercy of your director saying ‘action-cut, action-cut.’ You do not have the time for feeling, trust me.” Kirti also said that Shefali told her after the scene, “I lost my onscreen virginity to you, I have never kissed onscreen.”

Kirti also shared how working on Human helped her discover the need to go beyond genders. “I went beyond genders and that is a very liberating space for me. Somehow we are wired as a society that it is always about male versus female. So much is defined based on your gender.”

Kirti’s character in Human, as well as her popular show Criminal Justice, both lived in denial for the longest part of their lives. Asked if she has faced similar situations in life, she said, “I am sure it happened in my relationships. I guess it happens to a lot of people as well. When you are with someone, you want to believe things are in a certain way. I can give examples of relationships right now, not just my marriage but also other relationships I have had. When you step out, things start making sense and you can put two and two together.”

Kirti announced her separation from her husband Saahil Sehgal early last year. Asked why she decided to go for separation and not divorce, she said, “For me, when I decided to separate, the idea was to take a step towards distancing myself from the situation I was in for my own sake. I wanted to make a decision, it was not about ‘oh I need to get my lawyer, I need to get papers signed. I just needed to move out of this. It was not about the external idea of getting a divorce. For all you know, I could have been living under the same roof and done the same thing. I could have decided that I am not part of this (relationship) anymore.”

She added, “You have shared a lot as husband and wife, much more than you did as boyfriend and girlfriend. You may have the most mature person in front of you but it will still not be easy, or smooth because someone is really hurting. One of you is really hurting and somebody’s heart is breaking. As they say, hurt people hurt others. They want to hurt you back. It is just futile, there is no point staying under the same roof. I could afford to step out and say that I will live on my own. I understand so many wives (cannot) as we are taught to be dependent on the husband. My idea was to just step out of it, mentally, emotionally, and physically. Staying in another house helped expedite the process. I did not need a divorce right then as I am not looking at another marriage or any stuff where I need a divorce immediately. But now I do feel I am ready to take that next step and do what needs to be done.”

iPhone 14 Pro: This might be our best look at Apple’s unreleased smartphone