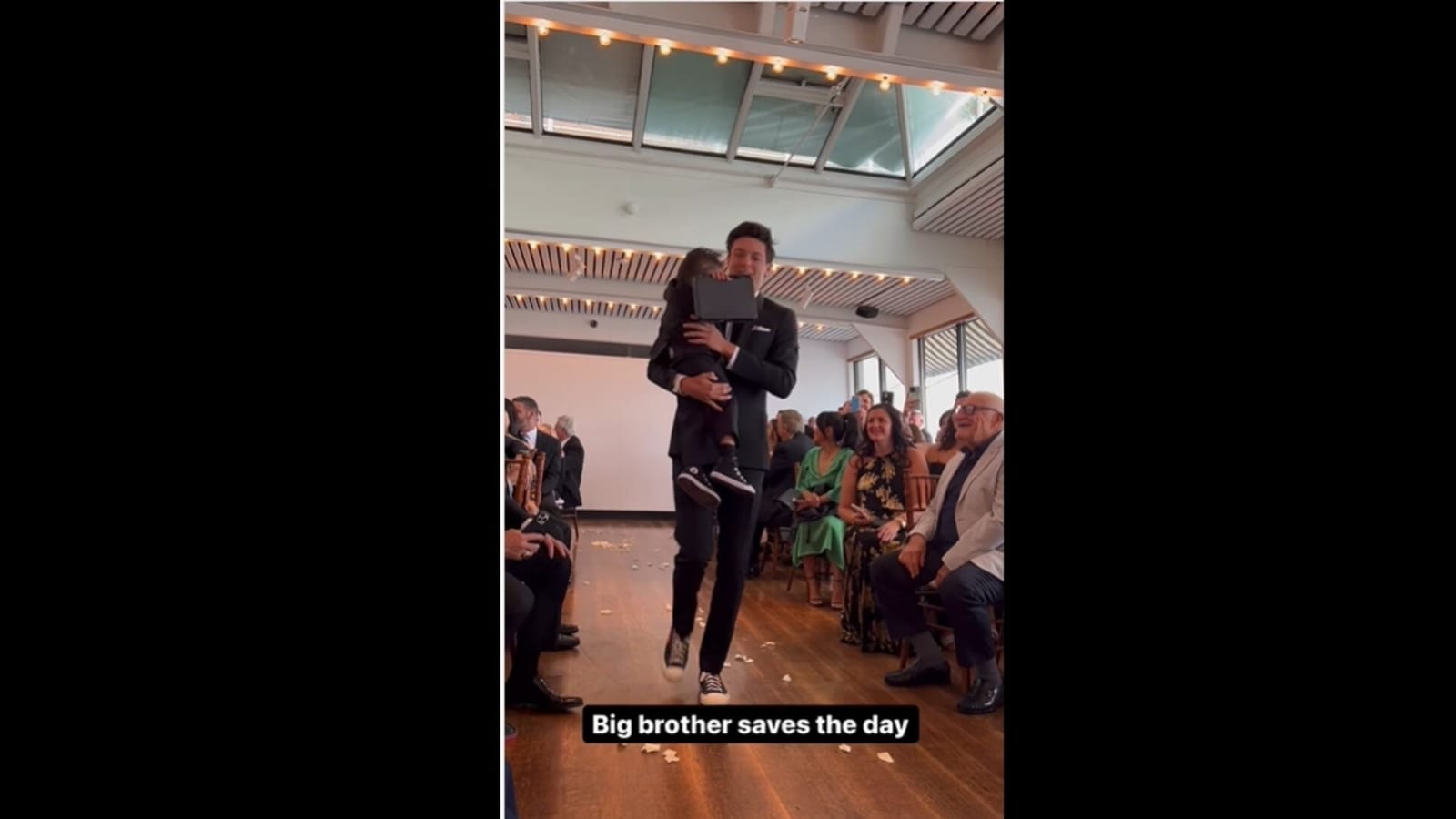 Kids are so adorable and watching their cute antics just melts one’s heart. While kids are excited to be given any responsibility, they may feel nervous at the last moment and back out of things. One such scenario was witnessed during a wedding when a kid was given the responsibility of being a ring bearer. The kid was nervous about walking down the aisle so his big brother stepped in and saved the day.

The video was posted on the Instagram page almosttripletsnyc on June 20. It has received more than 3.3 million views so far. The kid named Dylan was the ring bearer at a wedding, however, he felt nervous of walking down the aisle. So, his big brother Hunter stepped in and carried his younger brother down the aisle.

“Oh my heart – Dylan was the ring bearer but got nervous walking down the aisle – his big brother Hunter saw what was happening and saved the day – we love you Hunter so much,” says the caption of the video.

“This big kiddo of yours- he’s a gem! Such a gem!” commented an Instagram user. “Oh my. I’m crying. Lovely moment. Lovely young man,” wrote another. “What an amazing big brother!” said a third. “This is the cutest thing ever,” reads another comment.

In another video posted on the account, Dylan is seen taking his job of protecting the wedding bands very seriously. Wearing a black suit, he is seen carrying a suitcase in the video.

“Dylan took his ring security job very seriously! He protected the wedding bands with his life. Dylan even told me to stop videoing because I’m telling people where they are with the rings,” says the caption of the video.

Watch the hilarious video below:

“Cutest thing ever,” commented an Instagram user. “Oh how adorable,” said another. “Not me watching this after watching him get nervous and big bro carried him,” wrote a third.

Yeh Hai Mohabbatein’s Neena Kulkarni says, ‘TV is something where actors earn; I won’t leave it’