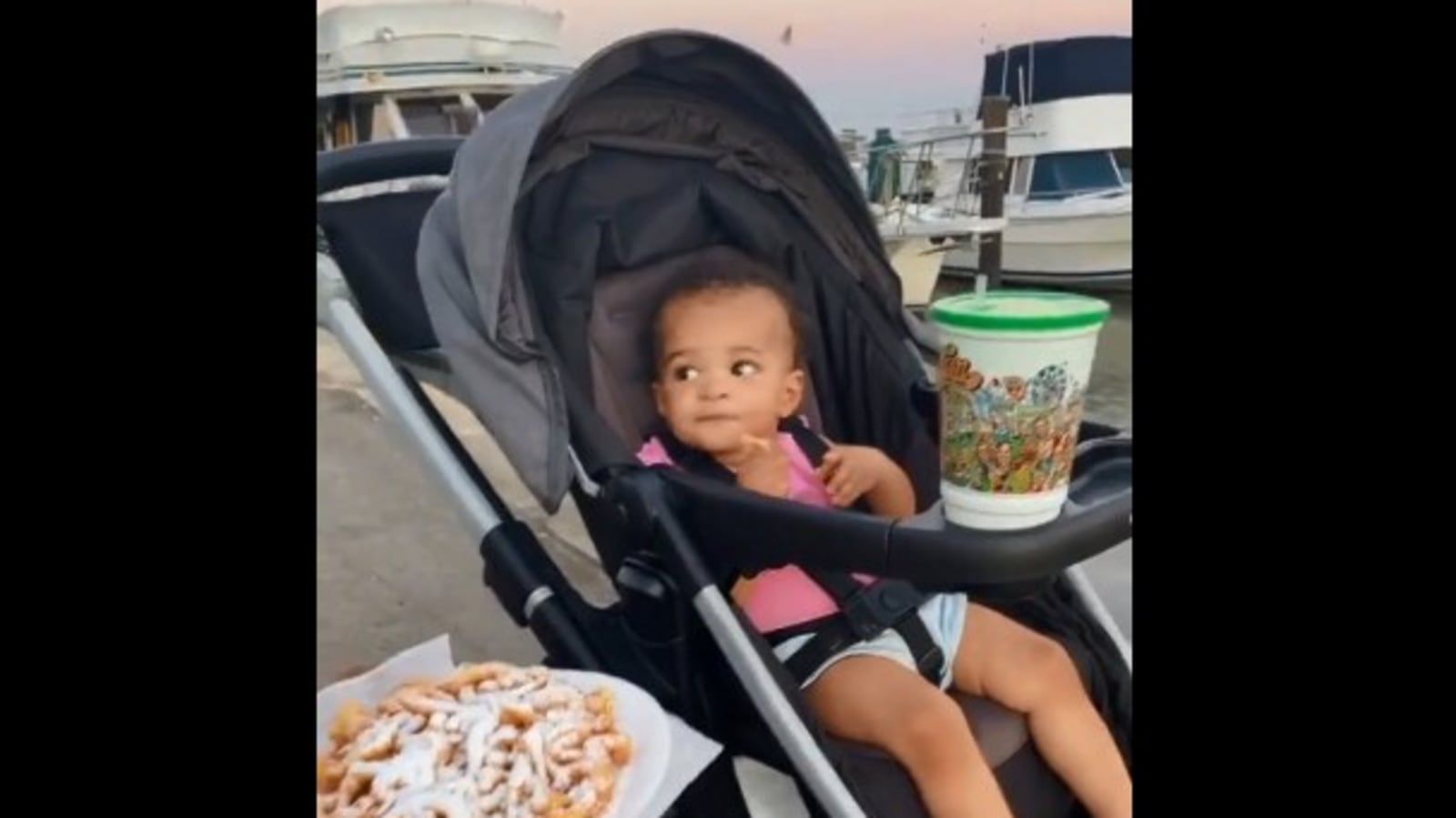 The viral video of the kid eating funnel cake for the first time was posted on Twitter.

Do you remember how you reacted when you tasted a popular dish for the first time and realised it is absolutely delicious? This video posted on Twitter showcases something similar. It captures the reaction of a kid after tasting funnel cake for the first time. There is a possibility that the video will refresh your memory too.

Originally posted on TikTok, the video went viral after being re-posted on the Twitter handle Hood Comedy. “That funnel cake changed her life,” reads the caption posted along with the video.

The video opens to show the kid sitting in a stroller. A person is seen feeding a piece of the cake to her. Initially, she takes the bite and chews her food without much reaction. However, after a few moments, the video showcases her surprised reaction.

The video has been posted a few days ago. Since being shared, the clip has accumulated more than 1.9 million views and the numbers are only increasing. The post has also prompted people to share various comments.

“This is waaaaaay to cute! I know funnel cake makes me dance too just not as good as baby girl,” wrote a Twitter user. “Funnel cake?” asked another. To which, a Twitter user replied, “It’s an American thing, basically like a deep fried cake mix, put in to the pan using a funnel.”

“Funnel cake changes everyone’s life. But I do love the happy dance,” expressed a third. “Best thing ever,” posted another.

This squirrel stole the show at a baseball game in the US. Watch

Smartphone malware is on the rise, here’s what to watch out for | ZDNet