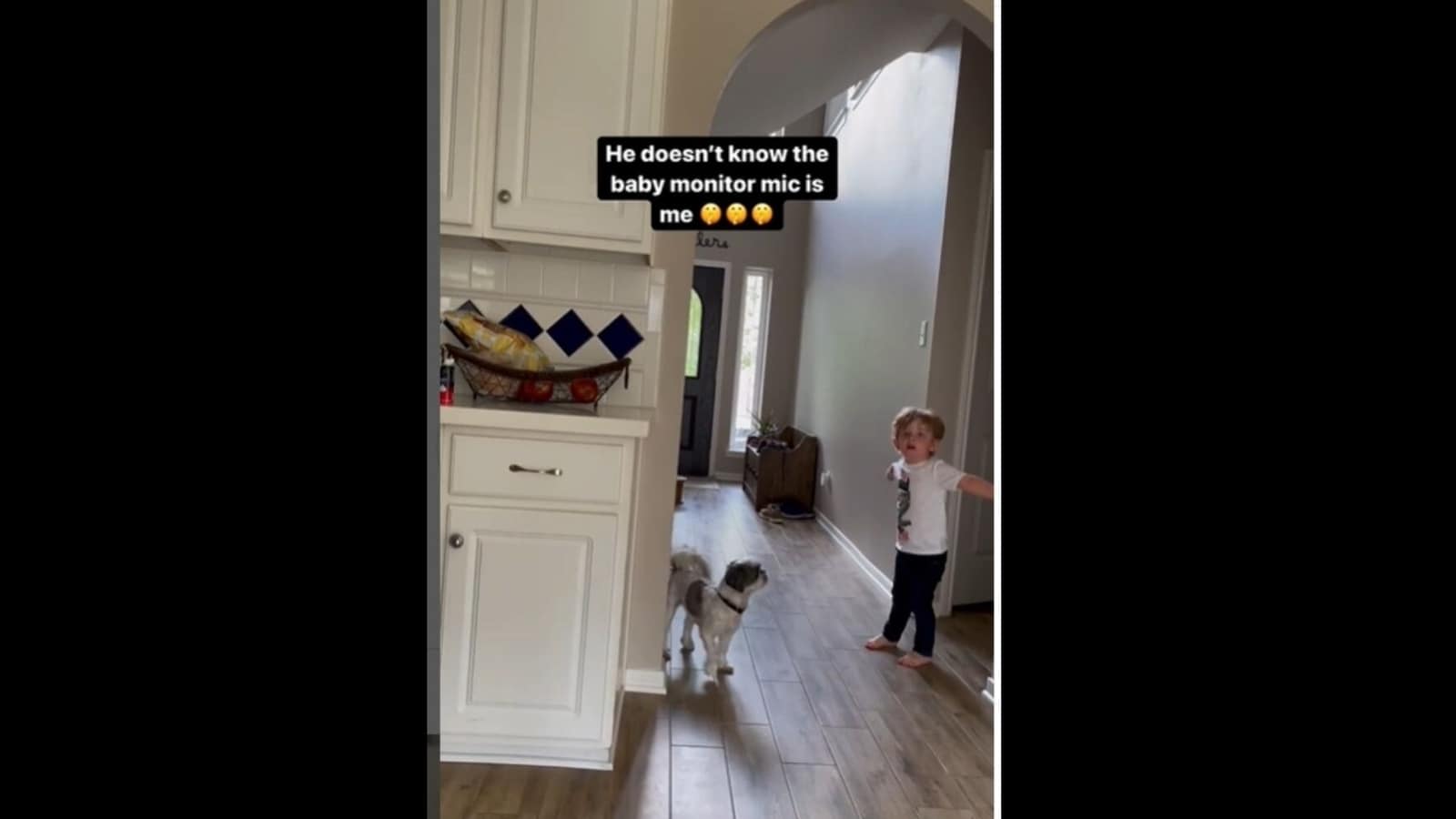 Kids are so adorable and innocent. It is always heart-warming to see videos that showcase the innocence of a child. Like this video posted on Instagram that shows a boy hugging his mother and the reason why it shows the child’s innocence is just too sweet.

The video was posted on the Instagram account dailygraham, which is dedicated to the boy named Graham Michael Allen. “He doesn’t know the baby monitor mic is me,” says a text insert on the video. The video shows the boy standing in his room. There is a baby monitor installed in his room. However, the boy doesn’t know that the voice on the monitor that he hears is his own mother. “Graham, go give mama a big hug,” says the boy’s mother on the mic. When the boy hears the words, he quickly goes running towards his mother and gives her a “big hug”. Then the boy says “robot” as he assumes that a robot had said those words.

“I must use this power for good,” says the caption of the video. The video was posted on June 6 and it has received more than 2.23 lakh views so far.

Since being posted, the video has also received more than 39,000 likes. It also prompted netizens to post several comments.

“How could one kid be so perfect?!” commented an Instagram user. “Clever mommy,” wrote another. “The doggie wanted a hug too,” said a third along with a laughing emoji. “Big brother kids series,” commented another individual.