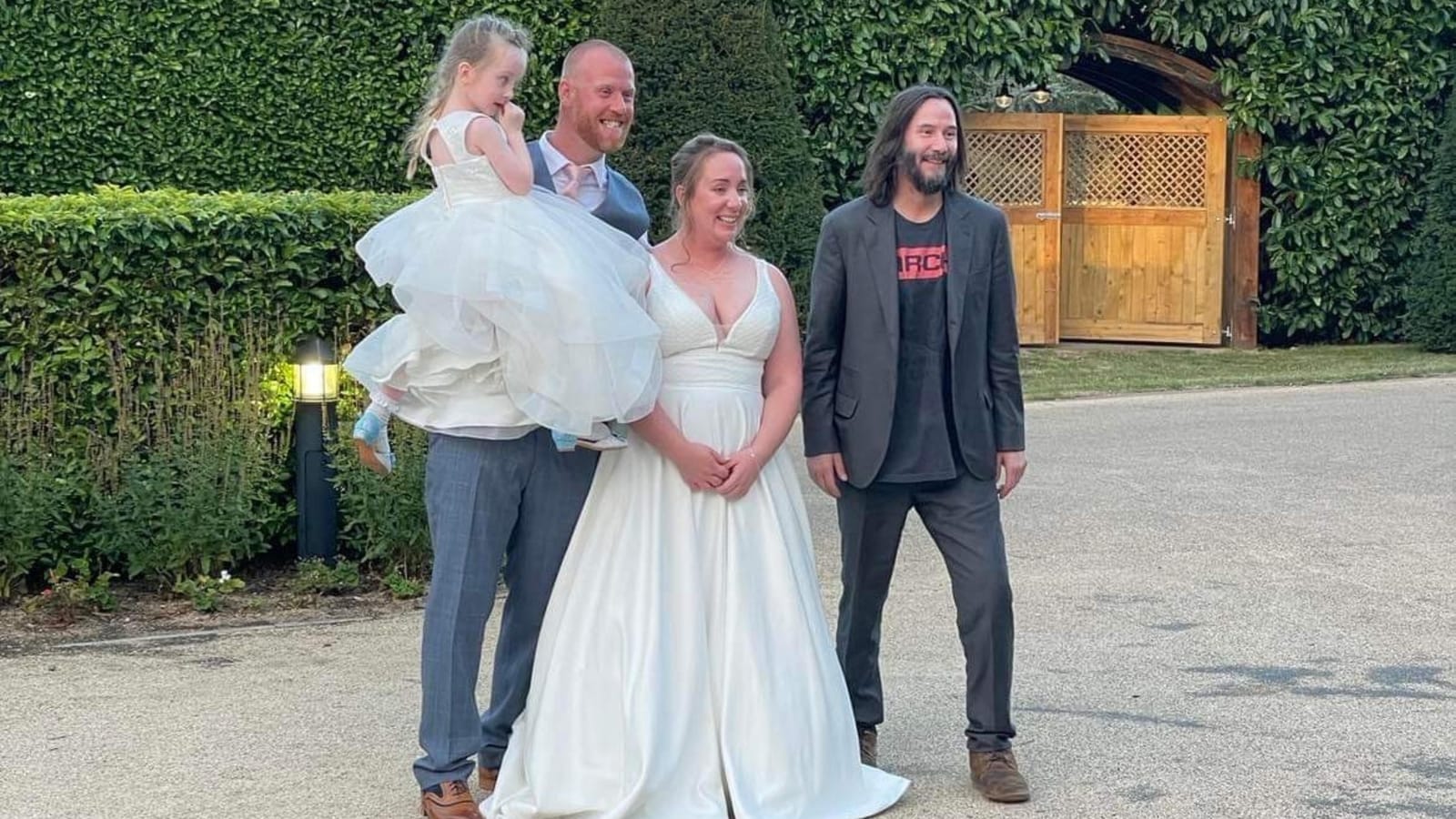 A special day of a UK couple became all the more amazing when an unexpected guest attended their wedding ceremony. The couple, James and Nikki Roadnight, got a pleasant surprise as actor Keanu Reeves appeared at the reception and wished them. Pictures of him with the couple were also shared online and since being posted, they have won people over.

Twitter user Nikki Roadnight shared a few pictures along with a simple caption that read, “Had the most amazing weekend!!” The pictures she shared show her and her husband with the actor.

“My husband saw him in the bar area and told him he’d just got married and invited Keanu to come over to say hello and have a drink with us if he wanted to. He was very friendly and said he would later on. We didn’t know if he would or not but it was cool that my husband had spoken to him!” Roadnight told Newsweek while talking about her big day that took an unexpectedly wonderful turn. However, the actor kept his promise and visited them.

“It was all very exciting and I went to say hi and introduce myself, and I offered him a drink but he declined that and said he’d just had a long flight so wouldn’t stay long but he was so kind and friendly and congratulated us on our wedding. He was kind enough to do some pictures and our wedding photographer was able to capture some too! Then he took the time to speak to some of our guests and have more photos done!” she added.

Since being shared, the tweet has gathered several comments. “Well, that is cool. I see he’s done this before. Made for a really awesome day for you,” expressed a Twitter user. “This must have been absolutely fantastic! Keanu Reeves accepting your invitation to join you! What a gentleman! Congratulations on your marriage!” shared another. “Ohh congratulations!! All of you looked beautiful!! And what a surprise, he seems like the most kind person ever,” posted a third.

The husband too left a message on his wife’s tweet and wrote, “My wife and I are blowh away with how much this has been shared!! Forever grateful and much love to you all!!”

Save $42 on the Blueair air purifier for Prime Day