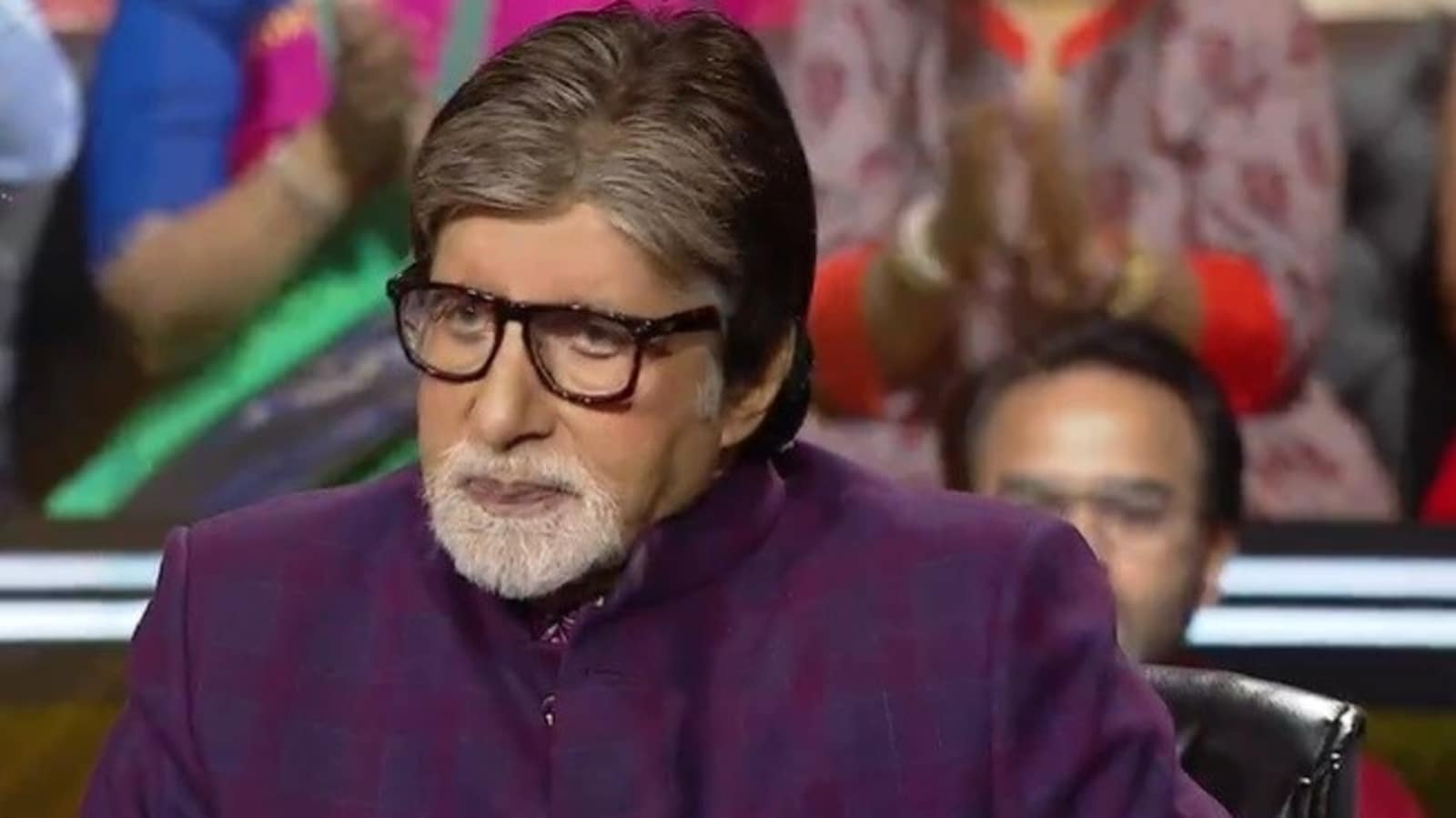 Amitabh Bachchan couldn’t stop himself from mentioning his connection with Bhopal when he met a contestant from the city. As contestant Dipesh Jain said he is from Bhopal, Amitabh said, “hum waha ke jamai raja hain (I am a son-in-law of the city).” His actor wife Jaya Bachchan, earlier Jaya Bhaduri, hails from Bhopal. Also read: Dharmendra sends ‘love’ to fan who said Amitabh Bachchan was ‘weakest link’ of Chupke Chupke

Sony shared a new promo which shows Dipesh Jain telling a poem about how he had Kaun Banega Crorepati’s tune as his ringtone. He said people used to make fun of his choice of ringtone but he was confident that he will get a chance on the quiz show one day.

Besides the show, Amitabh Bachchan just saw the release of his film, Goodbye. He stars opposite Neena Gupta in the film which marked the Bollywood debut of actor Rashmika Mandanna. He also had a pivotal role in Ranbir Kapoor and Alia Bhatt-starrer, Brahmastra Part One: Shiva.

He is now gearing up for the release of Sooraj Barjatya’s Uunchai. The film also stars Parineeti Chopra, Boman Irani, Anupam Kher, Sarika and Neena Gupta. It will release in theatres on November 11.

Amitabh also celebrated his 80th birthday this month. He gave a surprise to his fans by stepping out at the gate of his house to greet his fans. The actor has promised to resume the practice of ‘Sunday darshan’ very soon. This comes a few months after he tested positive for Covid-19 for the second time.

No Charge on RuPay Credit Card UPI Transactions Up to Rs. 2,000, NPCI Says

A T-Mobile employee says she helped a woman spy on her husband. Now there’s trouble | ZDNet