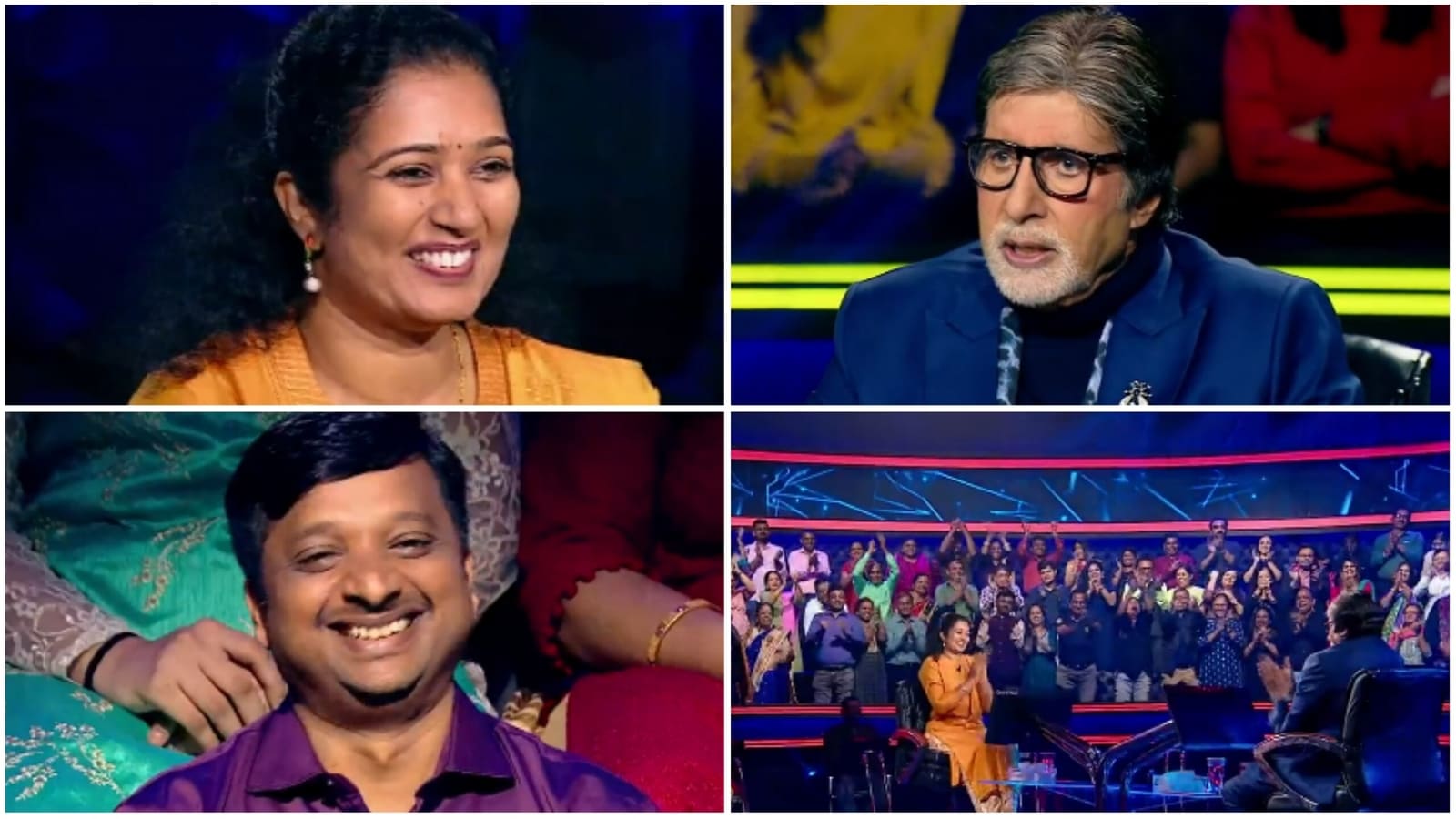 Amitabh Bachchan and his interaction with Kaun Banega Crorepati contestants is one of the attractions of the quiz show. In the latest, the veteran actor was left confused after a contestant refused to use her prize money to gift anything to her husband. She also complained about her husband to the quiz show host, who tried to convince her to gift something to her husband. Also Read| KBC 14: Amitabh Bachchan listens as contestant says maths is one-time investment

Dr Anu Varghese, a dermatologist from Bengaluru, secured a place on the hot seat in the 14th season of Kaun Banega Crorepati and her husband sat in the audience cheering her on. In a newly-released promo from the episode, Dr Anu crossed the brand new ₹75 lakh ‘padaav,’ but said she wouldn’t gift her husband anything.

The promo started with Amitabh congratulating Dr. Anu on winning ₹50 lakh question and asking her what would she gift to her husband from the prize money, and looking shocked when she said ‘nothing.’ In another clip from the episode, Amitabh congratulated her on the ‘unbelievable’ win on ₹75 lakh question, while her husband and other people in the audience stood and clapped.

Amitabh again asked her if she wouldn’t give anything to her husband even after winning an even bigger amount, and she complained to him, “Sir wo khud mujhe gift nahi dete na (It’s because he never gives me a gift).” The promo ended on a cliffhanger with Amitabh asking the contestant a question for ₹1 crore prize money. The top prize on KBC this season is ₹7.5 crore.

The filming for new KBC episodes is currently halted as Amitabh Bachchan recently contracted Covid-19 illness for the second time. The actor opened up about his diagnosis and the pause in KBC shoot in his recent blog and called it a disappointment.