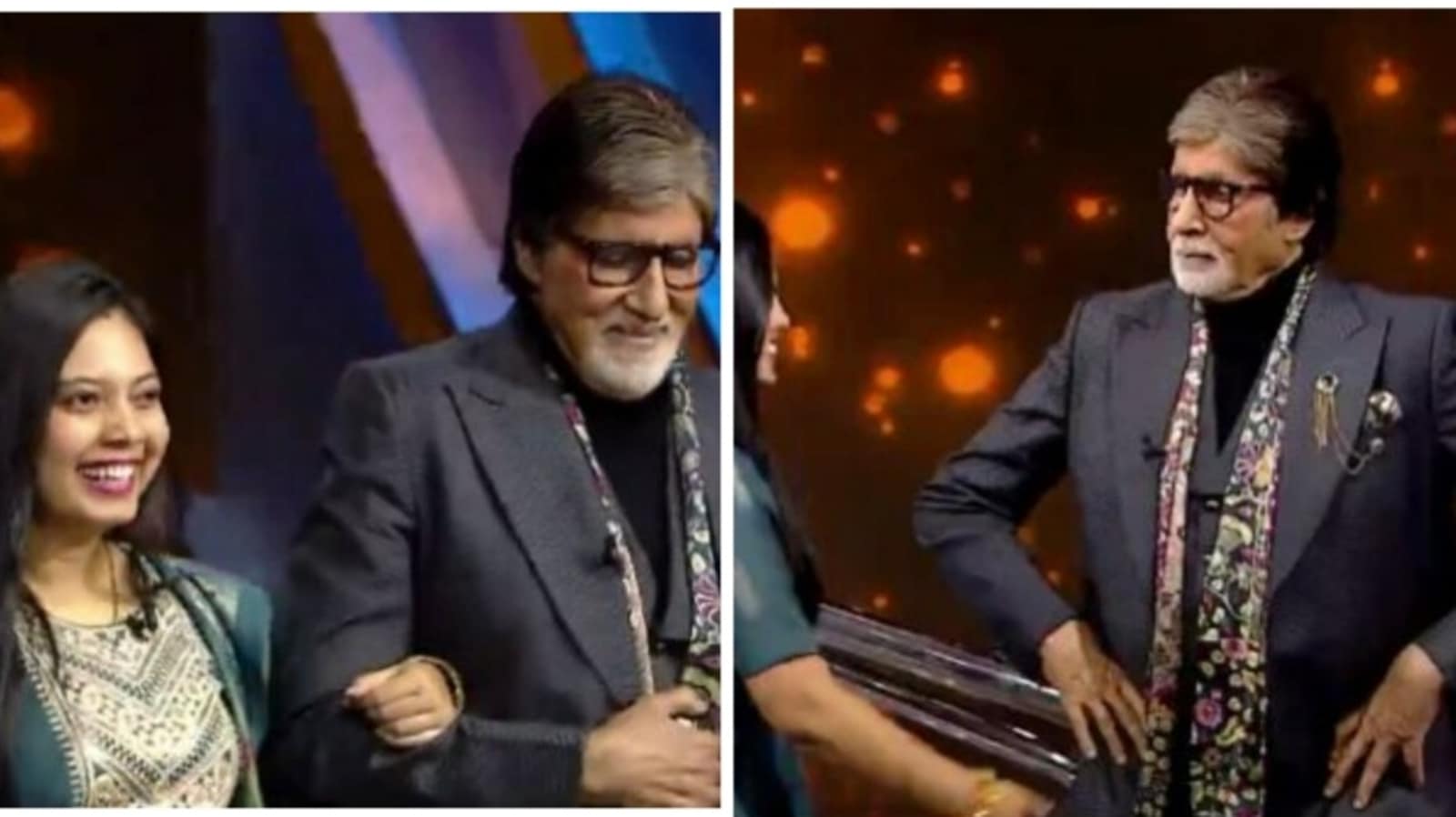 In the upcoming episode of Kaun Banega Crorepati 14, Amitabh Bachchan will perform a ramp walk with a contestant on her request. In a promo clip shared by Sony Television from the show, Amitabh is seen saying ‘no’ when the contestant Pooja Tripathy asked him whether actor- daughter-in-law Aishwarya Rai taught him ramp walk or not. Later, Pooja also asked him for a ‘lion walk’ on the sets. ( Also read: Amitabh Bachchan says he would walk through a ‘khai’ to look at girls in college days, KBC contestant calls him ‘player’)

In a promo shared by Sony Entertainment’s Instagram handle, Pooja asked, “Aapke ghar mai Aishwarya ma’m hai, kya unhone aapko kabhi ramp walk sikhaaya hai (You have Aishwarya ma’am at your home, did she teach you ramp walk)?” To which Amitabh replies in the negative. Then, the contestant asked, “Would you like to do lion walk with me?” Lion walk is most likely a play on catwalk most commonly used in the fashion industry for a ramp walk. In the clip, Pooja held Amitabh’s arms and did a mock ramp walk in the centre of the stage. Both of them posed for audience. The audience gave the veteran actor a standing ovation for the gesture.

Amitabh often sghares fun moments with contestants on the popular game show. Recently, he apologised to a contestant for hurting Vinod Khanna with a glass in the movie Muqaddar Ka Sikandar. In another episode, Amitabh shared his college memories and revealed that he visited another college to look at girls.

Amitabh was most recently seen in Goodbye alongside Neena Gupta and Rashmika Mandanna. He is now gearing up for the release of Sooraj Barjatya’s upcoming film Uunchai. The film stars Anupam Kher, Neena Gupta, Parineeti Chopra and Boman Irani. The film is set to release in theatres on November 11. He also has Project K alongside Deepika Padukone and Prabhas in the pipeline.