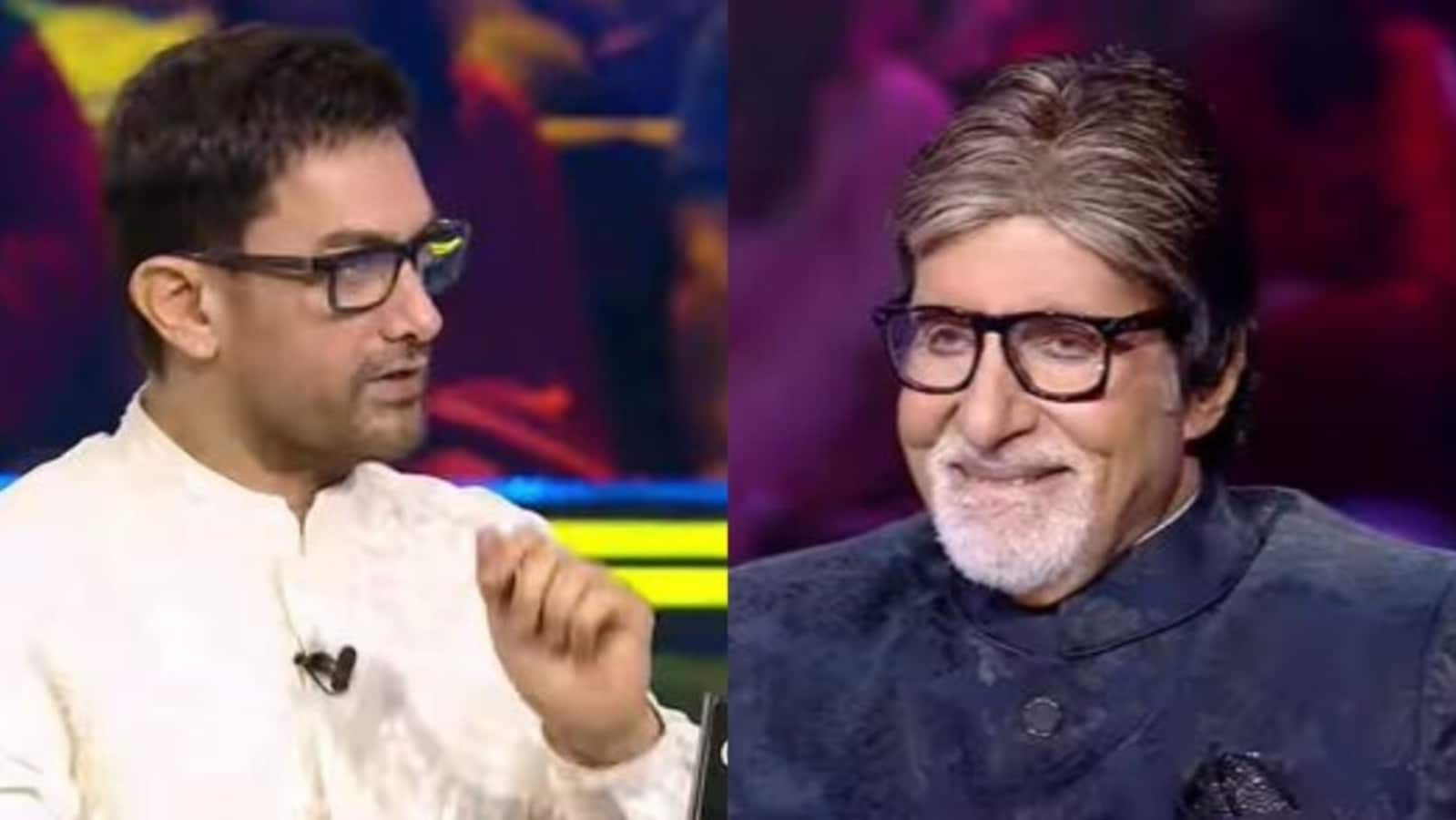 Actor Amitabh Bachchan teased actor Aamir Khan when he appeared on the first episode of the upcoming game show Kaun Banega Crorepati (KBC) 14. In a new promo shared by Sony Entertainment Television on Instagram, Aamir Khan sat opposite Amitabh, who is the host of the show, and spoke to his co-contestant. He said, “I was on Twitter thanks to Amit ji lekin mujhse kuch tweet hota nahi hai pata nahi kya baat hain (but I am unable to tweet anything, I don’t know why).” Aamir then turned his face away and laughed. (Also Read | KBC 14 promo shows Aamir Khan, Mary Kom join Amitabh Bachchan for first episode)

Amitabh then asked Aamir, “Itne films ka aap prachaar karte hai, humare KBC ka prachaar nahi karte aap (You promote so many films on Twitter but not KBC)?” Aamir got embarrassed and put his head down. He then replied, “KBC ko prachaar ki zarurat kaha hai (Where is the need to promote KBC)?” This made Amitabh burst out laughing and clapping. The clip was shared with the caption, “Aamir Khan ji ka pyaar hi humare liye prachaar hai (Aamir Khan’s love is promotion for us).

In another promo clip, Amitabh told Aamir in Hindi, “This is a video question, we will show you a video. Here’s the video.” After showing it on screen Amitabh asked Aamir if he had seen it to which he replied he would want to watch it again. The host obliged and was about to ask a question when Aamir requested if he could watch it once more.

At this point, Aamir got up from his seat and went near the screen saying he would want to watch it carefully. Amitabh teased him saying, “Jabtak woh puri tarah perfection nahi hoga tabtak inko tasalli nahi hogi (He won’t be satisfied until there is perfection).” The clip ended with Aamir returning to his seat and telling his co-contestant, “Let’s go.”