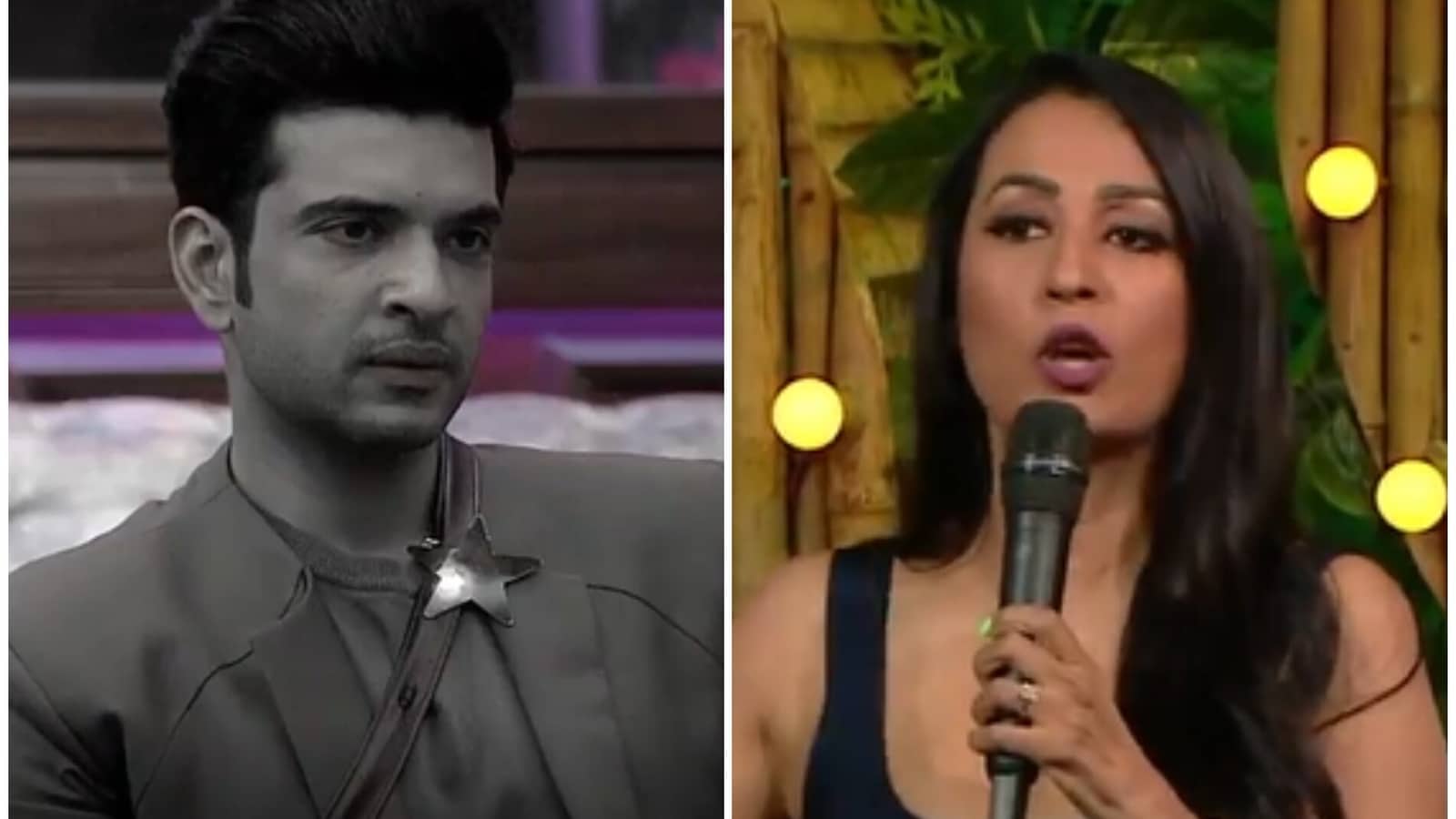 In a new promo for Bigg Boss 15 Weekend Ka Vaar, panellists were seen grilling the contestants. Kashmera Shah trained her gun on Karan Kundrra and lashed out at him for his ‘rude’ behaviour towards Tejasswi Prakash.

“Badtameezi se yeh Tejasswi se baat karta hai. ‘Tune apni shakal dekhi hai kya?’ (He talks to Tejasswi so rudely. ‘Have you seen your face?’) You don’t deserve to be in the top five,” Kashmera told Karan. “Tu boyfriend hai na uska (You are her boyfriend, right)? Why are you so against her?” she asked.

Divya Agarwal seemed to defend Karan and said that he came on Bigg Boss 15 for himself. It was on the show that he fell in love, she said. Kashmera advised Tejasswi, “Use your head.”

Divya also told Shamita Shetty that she would not be able to win even the next four seasons of Bigg Boss until she changed her attitude. Shamita hit back by saying that she did not need Divya’s ‘permission’.

Vishal Singh expressed his disappointment with Devoleena Bhattacharjee. “I am mad at you. You are doing wrong,” he told her, as she seemed to nod her head in agreement. Debina Bonnerjee also criticised her. “Itna kisiko maaf nahi kar sakta at your own beizzati. Game ka mazaa hi chala jaaye, itna bhi passively mat khelo (You can’t forgive yourself so much, even after you have been insulted. Don’t play so passively that there is no fun left in the game),” she said.

Neha Bhasin hit out at Abhijit Bichukale for using derogatory language and said that if he repeated it, she would enter the Bigg Boss house and hit him with her slipper. As he angrily responded, she said, “Aap mooh lagne ke layak bhi nahi hai (You are not worth even speaking to).”

Sunday’s Bigg Boss 15 episode will also reveal the fate of Umar Riaz, who is under fire for being physically aggressive with Pratik Sehajpal during a Ticket To Finale task.