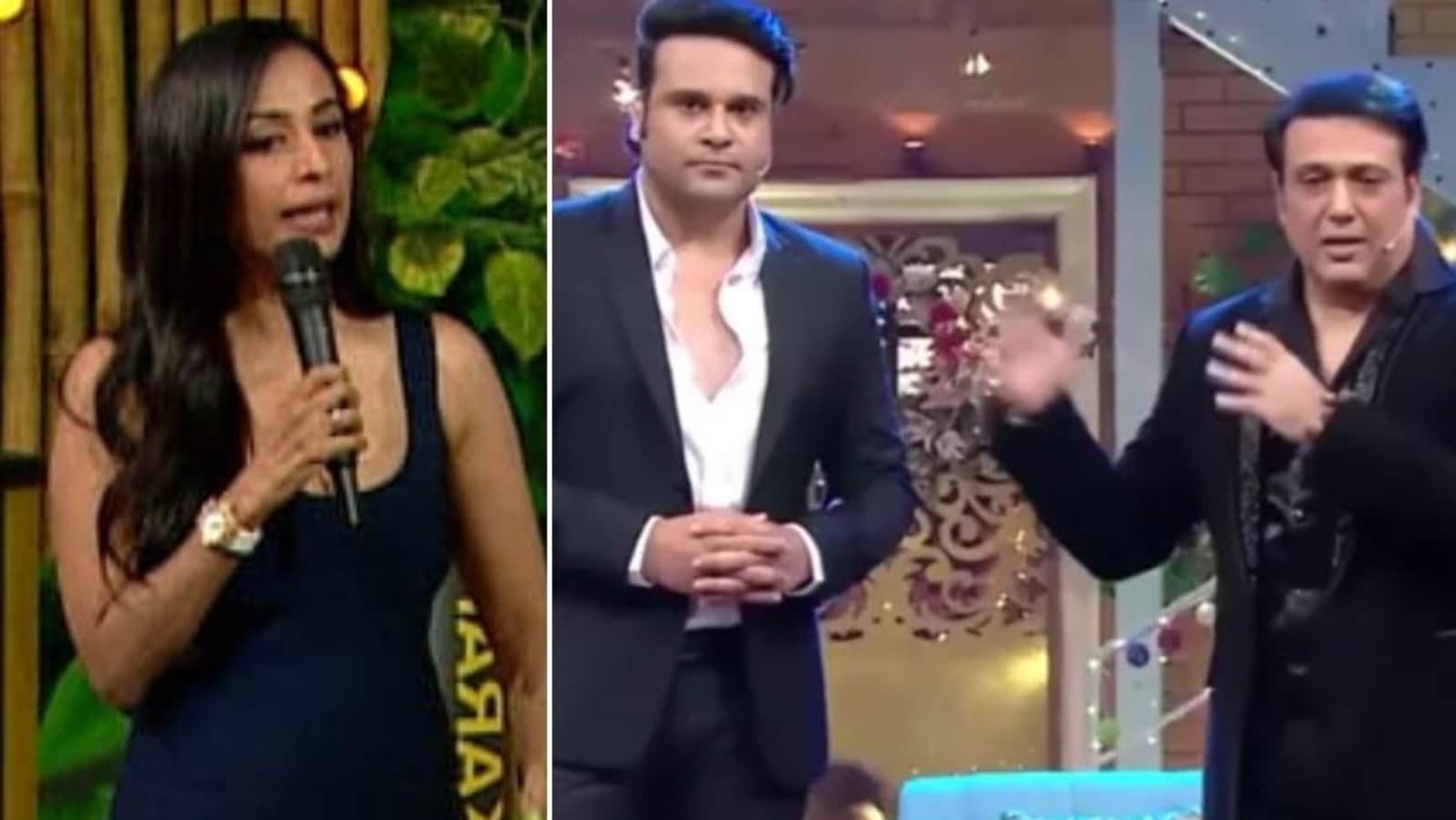 During her appearance on Bigg Boss 15 Weekend Ka Vaar with Salman Khan, Kashmera Shah cracked jokes about her actor husband Krushna Abhishek’s differences with his uncle Govinda and his wife Sunita Ahuja.

When Kashmera Shah and Divya Aggarwal got into an argument over Karan Kundrra and Tejasswi Prakash’s differences, Salman interrupted them to say, “Krushna, Krushna! I salute you brother.” Everyone started laughing. Kashmera then told him, “Sir! Are you talking about Krushna? Now that you have named him, let me tell you something. When I went inside the Bigg Boss house in the last season of the show, he bid me farewell saying ‘Kash, you are going inside the house, please make sure that you do not fight with anyone there. It is about our respect and fame, the respect of our family.’ I did not fight with anyone. I did nothing in there, I admit it.” Divya and Kashmera appeared on the show as guests for the weekend special episode.

She added, “Bahar sabse jhagda kar ke khud baitha tha (Here he was sitting, after fighting with everyone outside). What is this sir? Khud jhagda kiya, is se, us se…maama se, maami se (He fought with one and all, including his uncle and aunt)..all of them. And, he asked me not to fight? I am not going to listen to him anymore, sir.”

Salman then laughed as he said, “Did you hear that Krushna? She is not going to listen to you anymore. Did she ever listen to you earlier, that she will now?”

Kashmera ended the conversation with a piece of advice for Tejasswi, “Tejasswi don’t fall in love. Don’t lose your game in it. Look at me and Krushna, do not fall in love. Everyone else is encouraging the wrong things. Do not heed to their advice.”

On her part, Tejasswi said that she will not change her attitude towards the game, or her relationship with Karan because of what someone tells her. She added that she has the capability to manage the game as well as the relationship.

Krushna Abhishek and Govinda have been engaged in fights that have been often played out in the open since 2016. Recently, when Govinda and his wife appeared on an episode of The Kapil Sharma Show, Krushna chose to skip it and an upset Sunita ruled out a reconciliation between the two families.

Desi Mr Bean: Took me a year to convince my mom to let me be this

United, Delta and American Airlines customers may soon have a scary dilemma | ZDNet

Get noise-canceling earbuds with immersive audio for only $50 | ZDNet