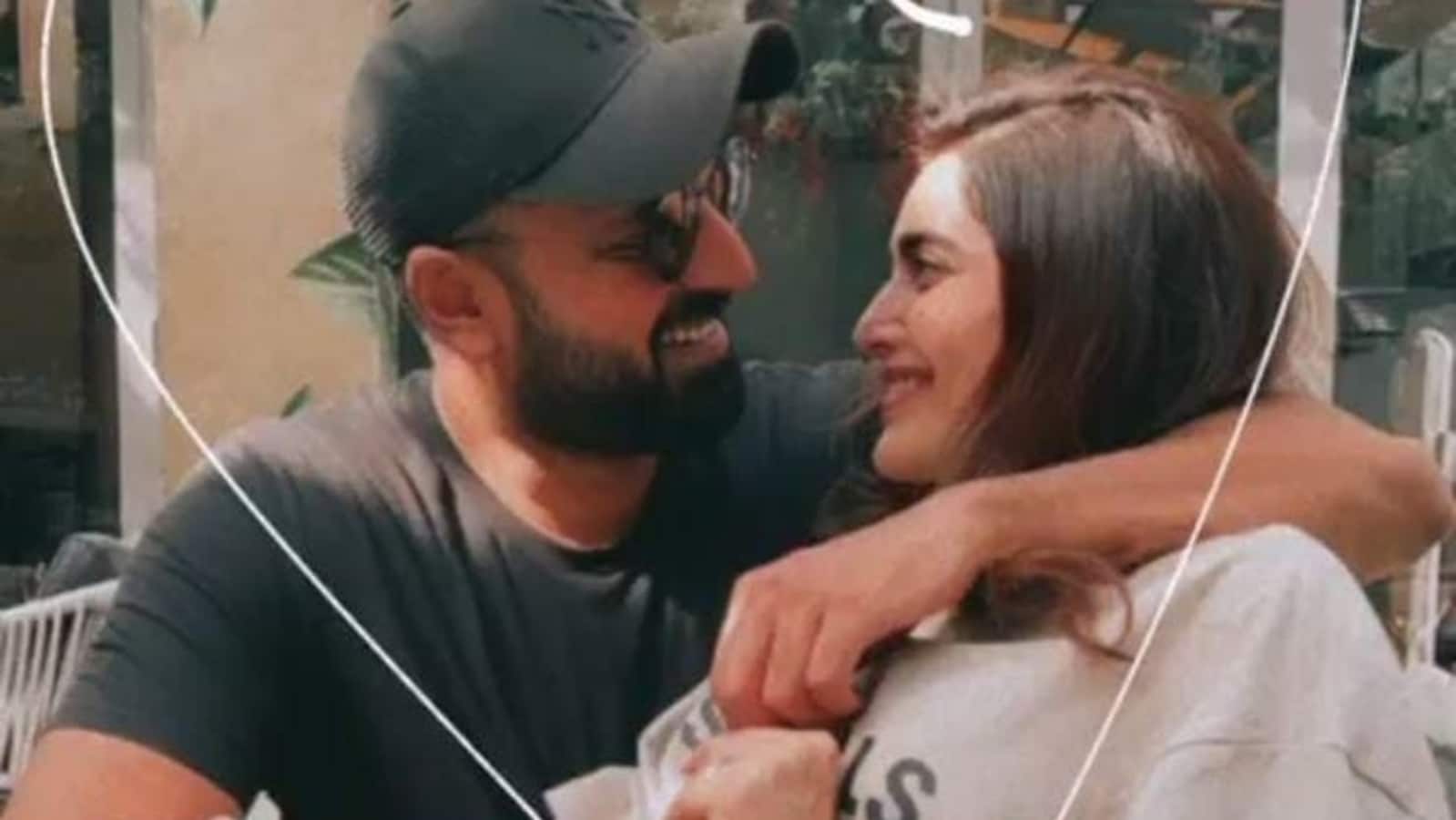 Actor Karishma Tanna is set to tie the knot with businessman Varun Bangera next month. She confirmed the news during a recent outing and revealed her wedding date – February 5.

In a video shared online, the paparazzi asked Karishma to pose with ‘sir’, presumably referring to Varun. “Sir na bolenge (He will refuse),” she said. When one photographer wanted to know if she was getting married next month, she said yes. On being asked about the wedding date, she smiled and held up five fingers, to indicate February 5.

Karishma sparked engagement rumours in November last year when one of her friends took to Instagram Stories to share a picture of her and Varun gazing into each other’s eyes and wrote, “To infinity and beyond… Congratulations babies.” Later that month, Ekta Kapoor shared a video with the couple from what appeared to be a post-engagement party. “Congrats Varun and Karishma! Best wishes for an awesome future together,” she wrote in her caption.

Last month, as Karishma celebrated her 38th birthday, she shared pictures from the intimate celebration and gave a shout-out to Varun. “Happiness. Thank you, V,” she wrote. He also shared a loved-up photo of them, in which he was seen planting a kiss on her forehead. “Happy birthday love,” he wrote.

Karishma made her television debut with Kyunki Saas Bhi Kabhi Bahu Thi. She went on to star in shows such as Pyaar Ke Do Naam: Ek Raadha, Ek Shyaam, Adaalat, BaalVeer and Qayamat Ki Raat. She was also a part of several reality shows, including Bigg Boss 8, Nach Baliye 7, Jhalak Dikhhla Jaa 9 and Khatron Ke Khiladi 10.

In 2006, Karishma forayed into films with Dosti: Friends Forever. She acted in films such as Grand Masti, Sanju and Lahore Confidential.

Watch the First Trailer for The Mandalorian Season 3, Coming in 2023