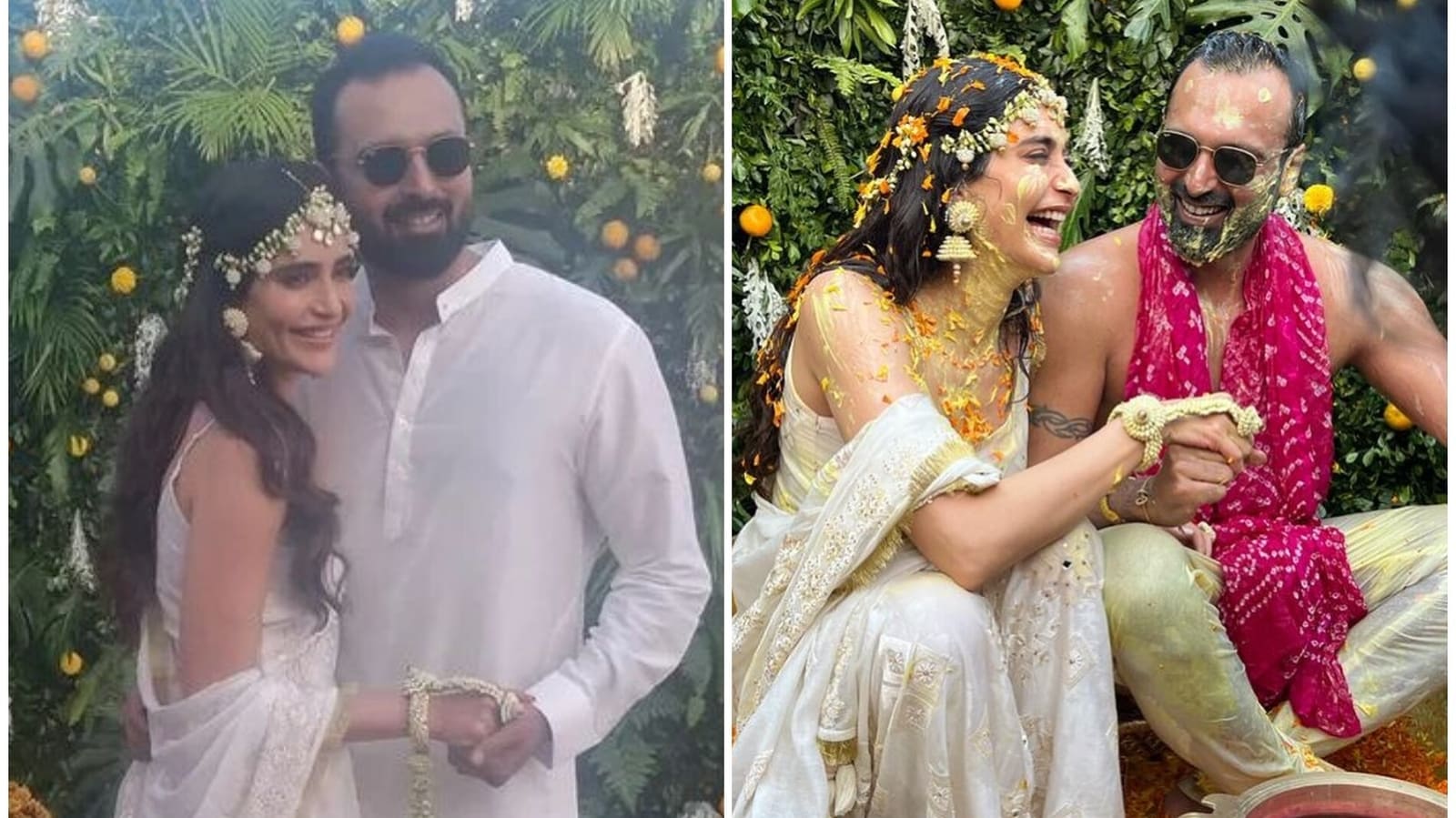 Actor Karishma Tanna is set to tie the knot with businessman Varun Bangera on February 5. They kicked off their wedding festivities on Thursday with a haldi ceremony. She shared a solo picture of her posing and wrote on Instagram, “Happiness galore, the smile says it all.” She wore a white ensemble and complimented her look with floral jewellery.

Fan clubs shared pictures of Karishma and Varun holding hands and posing together. A video of them getting turmeric paste applied to their faces during the function also surfaced online.

Karishma and Varun got engaged in November last year. The news was shared by one of her friends who posted a picture of them lovingly looking at each other and wrote, “To infinity and beyond… Congratulations babies.” Later that month, Ekta Kapoor shared a video with the couple from what appeared to be a post-engagement party. “Congrats Varun and Karishma! Best wishes for an awesome future together,” she wrote in her caption.

A month later, Karishma gave a shout-out to Varun as she shared photos from her birthday celebration. “Happiness. Thank you, V,” she wrote. He also posted a picture of him giving her a kiss and called her ‘love’ as he wished her a happy birthday.

Last month, Karishma confirmed her wedding date while interacting with the paparazzi. Reports suggest that her and Varun’s wedding will incorporate Gujarati as well as South Indian rituals.

Karishma made her television debut with Kyunki Saas Bhi Kabhi Bahu Thi. She acted in shows such as Viraasat, BaalVeer and Naagin 3. She was the first runner-up of Bigg Boss 8 and winner of Khatron Ke Khiladi 10. She has also starred in films such as Grand Masti, Sanju and Lahore Confidential.

Exclusive: Baal Shiv’s Kapil Nirmal says, he ‘feels the need of a companion’