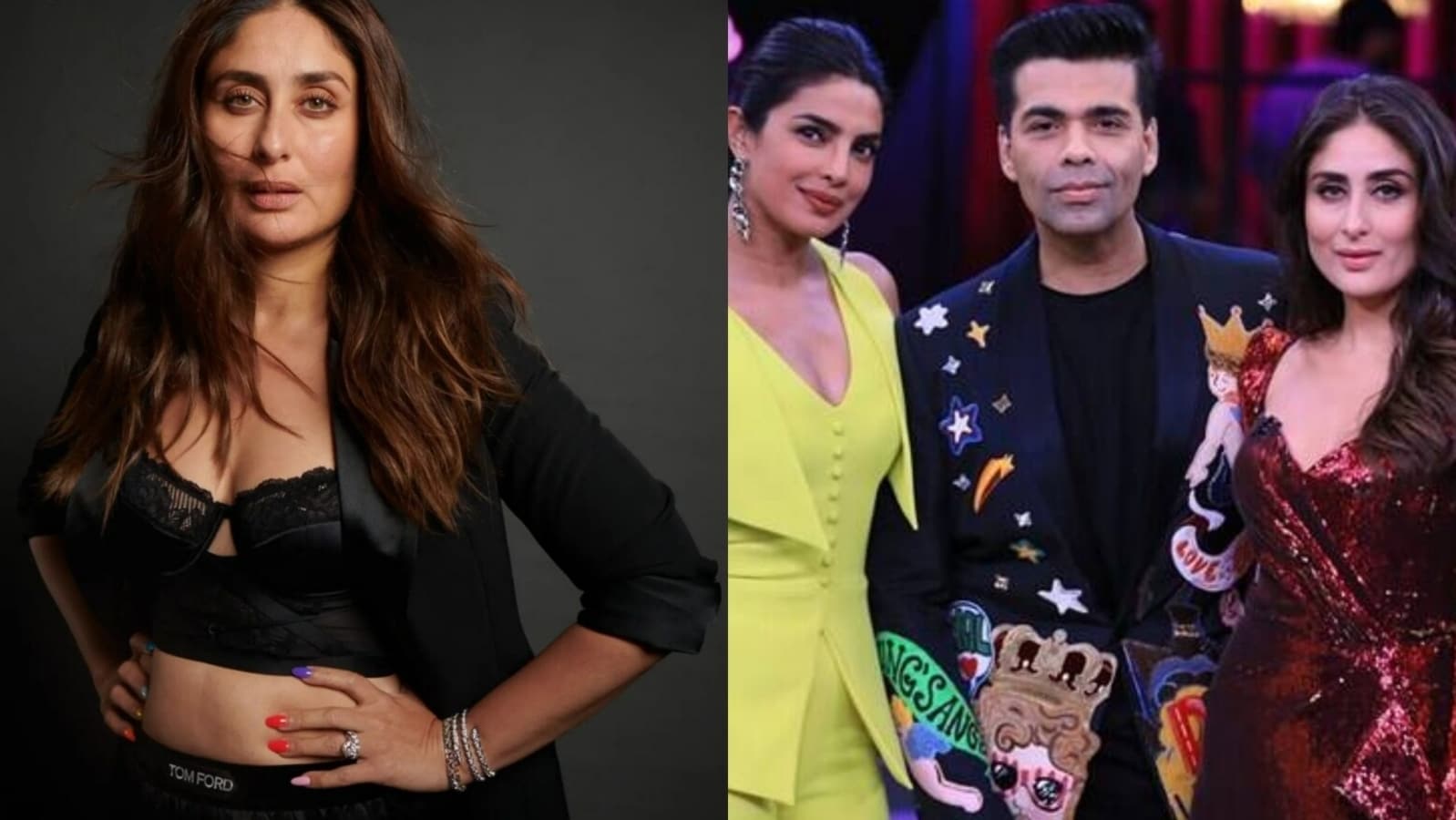 Actor Kareena Kapoor Khan took to Instagram on Wednesday and treated fans to pictures from her latest photoshoot. Dressed in an all-black look, she wrote in the caption, “I like my Koffee black.” It left fans wondering if the actor is the next guest to grace the couch on Karan Johar’s chat show Koffee With Karan season 7. (Also read: Kareena Kapoor calls herself ‘proud mommy’, shows off son Taimur’s certificate from Spanish class)

In the pictures she posted, Kareena appeared in a glamourous avatar. Sporting wavy hair, she opted for a black blazer underneath a black bralette. She added a pop of colour with bright nails as she posed for the camera.

After she shared the photos, celebrities like Shibani Dandekar and Punit Malhotra, left heart emojis in the comments section of her post. A fan wrote, “So yesterday you did shoot for Koffee With Karan.” Another one said, “We like you in black.” Kareena recently resumed work after spending weeks in London with her family.

Karan Johar is back as the host of his chat show Koffee with Karan, which first aired in 2004. Previously in the sixth season of the show, Kareena appeared in an episode with Priyanka Chopra. “Whoever thought that I would have both of you on the same sofa… I think you should give us some breaking news,” Karan said during the last season. The two were seen together in the finale episode.

The latest episode of Koffee With Karan will feature Ananya Panday and Vijay Deverakonda. In the trailer of the upcoming episode, Karan asked Ananya ‘what’s brewing’ between her and actor Aditya Roy Kapoor. During the rapid fire round, Karan also asked Vijay about the craziest place he’s had sex. The last episode of Karan Johar’s show had Akshay Kumar and Samantha Ruth Prabhu. It marked Samantha’s debut on the show.