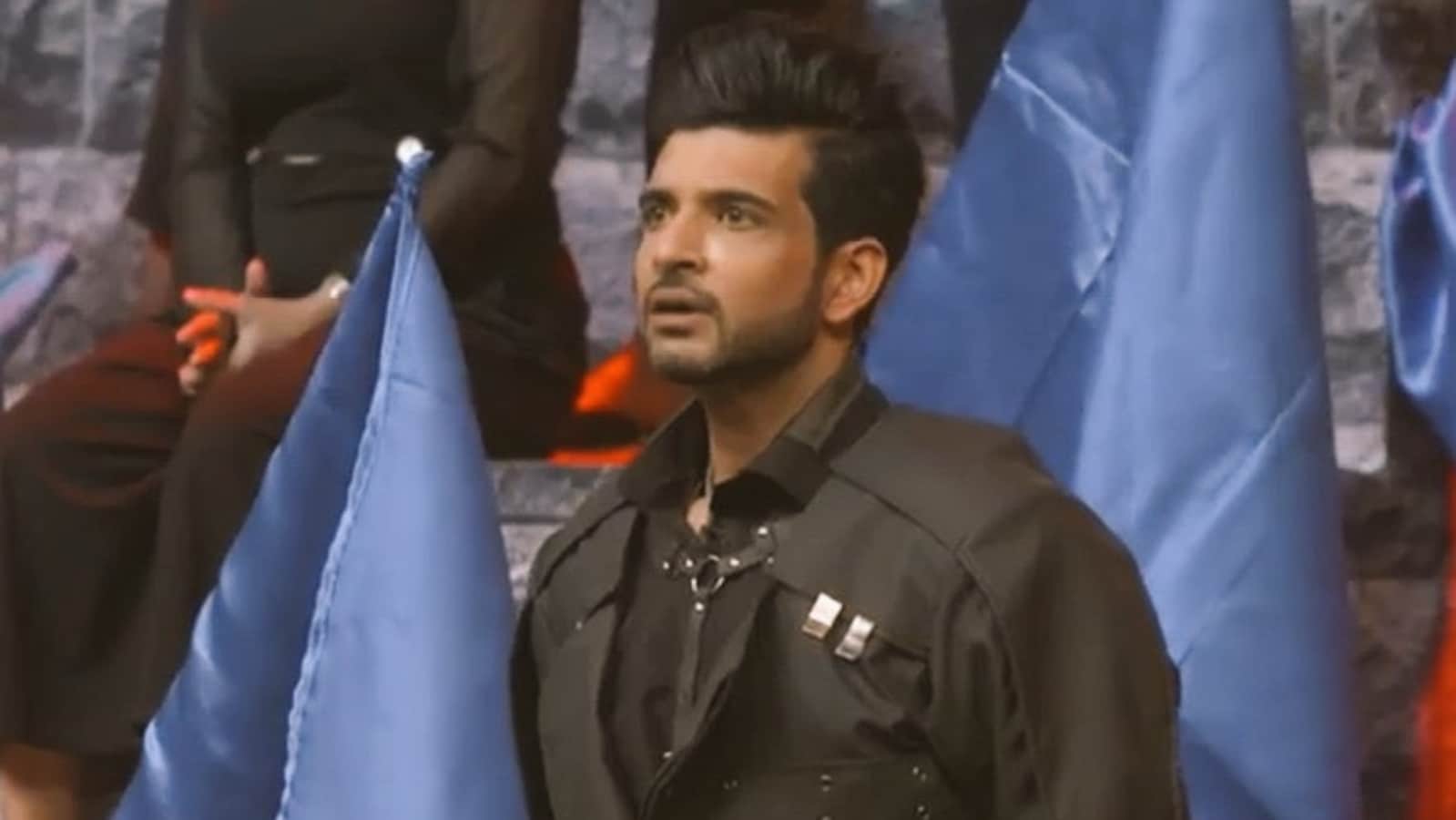 Karan Kundrra who is the current jailor on the ongoing reality show Lock Upp, got very angry during a task and began abusing the contestants, a new promo for the show has revealed. Kangana Ranaut is the host of the show that streams online on Alt Balaji and MX Player. (Also read: Lock Upp: Tehseen says shock revelation was just ‘a fun part of reality show’)

The promo video opens with Karan getting angrier as he says, “Do want to listen to me, or do you not want to listen to me? Actually, you know what? F*** this, nobody can sit. F*** this, everybody stands. Everybody f****** stand.” He shouts as the crowd behind him claps, “F****** stand right now. Now, if anybody squats, that inmate is off the platform and next time do not f*** with me. Do you understand? Do not squat or bend.” Karan was conducting a task with the two teams on Lock Upp.

A fan of the show was quick to remind Karan Kundrra that the show has bigger stars than him. “@kkundrra ye Roadies nahi hai, isme toh kuch tumse bade stars hain. Agar kisine

While Karan is the jailor, for now, Raveena Tandon had also promised show host Kangana to become the jailor on her show for some time. Raveena had made the promise at the show premiere.

Apart from appearing on Lock Upp, Karan was recently seen in a music video with his girlfriend Tejasswi Prakash. The couple also featured in a Holi special advertisement. Sharing a glimpse of the shoot with her, Karan wrote on Instagram on Thursday, “As long as we are together, every day is a celebration but this Holi, we are all set to celebrate different shades of love that keeps us going strong. Do watch us on #ColorsTV #NotJustAnotherHoli.”

CarPlay is bringing your iPhone to your dashboard