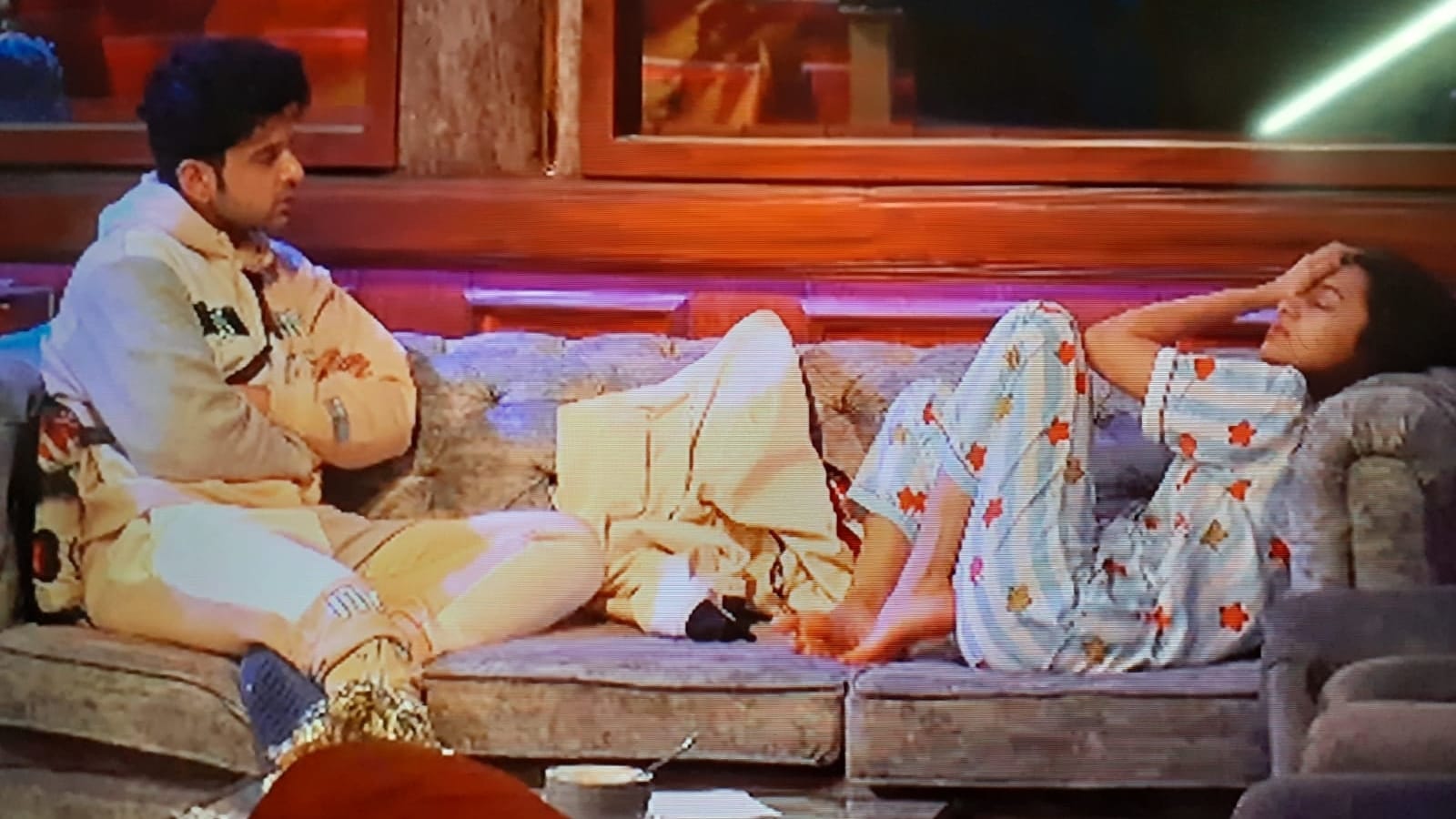 Days after they discussed rumours of Tejasswi Prakash having a boyfriend outside Bigg Boss 15 house, Karan Kundrra seemed worried about it on Wednesday’s episode of the show. After a heartfelt discussion over their differences, Karan wondered if he would have to deal with her boyfriend outside as well.

Karan was seen initiating the conversation and told Tejasswi that he loves her a lot. “I can’t stand you giving attention to anyone else when I am hyper.” She replied, “I was trying to hug you but you kept brushing off my hands.” Karan continued, “After you saying ‘kayarta ki nishani’ (symbol of cowardice) and all… and what was it for? For Pratik Sehajpal, the person who wants me out of the show? Is he better than his mentor now?”

Both Tejasswi and Karan shared their complaints but neither addressed the other one’s issues. She said, “The way you charged towards me… I was crying but you did not budge at all. As if you do not care at all. You understand everyone’s emotions so well (in the Bigg Boss house) but when I cry, you don’t understand it.”

Karan then said, “Excuse me. Just because I do not cry, it does not mean that I am emotionless. You feel this man is saying anything and your ego is hurt and I can see it.” She responded with, “No, not my ego, I am hurt. I am just thinking about all the things you just said. I am thinking about the fact that I was crying and you did not really give a s***. Even now, you are shamelessly accepting it.”

Karan asked her, “Seriously, can’t you see how I feel? Just because I do not cry or jump into the swimming pool? That does not mean I do not feel anything.” A shocked Tejasswi asked him, “You actually used that? Jumping in the swimming pool for sympathy? You should first start doing those things as a boyfriend, that you expect me to do as a girlfriend.”

When Karan said that he does it all, only she does not notice them, Tejasswi said she was tired. “Of making mistakes? Or going against your own boyfriend or going against your boyfriend because of Pratik Sehajpal?” Karan asked. She then folded her hands and urged him, “Have a heart, please. Leave me.”

Tejasswi then tried to get up and leave but Karan Kundrra forced her to stay and then she climbed onto his lap. As they hugged each other, Karan said, “Bahar ja ke pata chala tera koi boyfriend hai uske saath alag se laga hoon (What if I need to face someone who is your boyfriend, once we are out of the show)?” Tejasswi snubbed him off and asked him to stop saying such rubbish things.