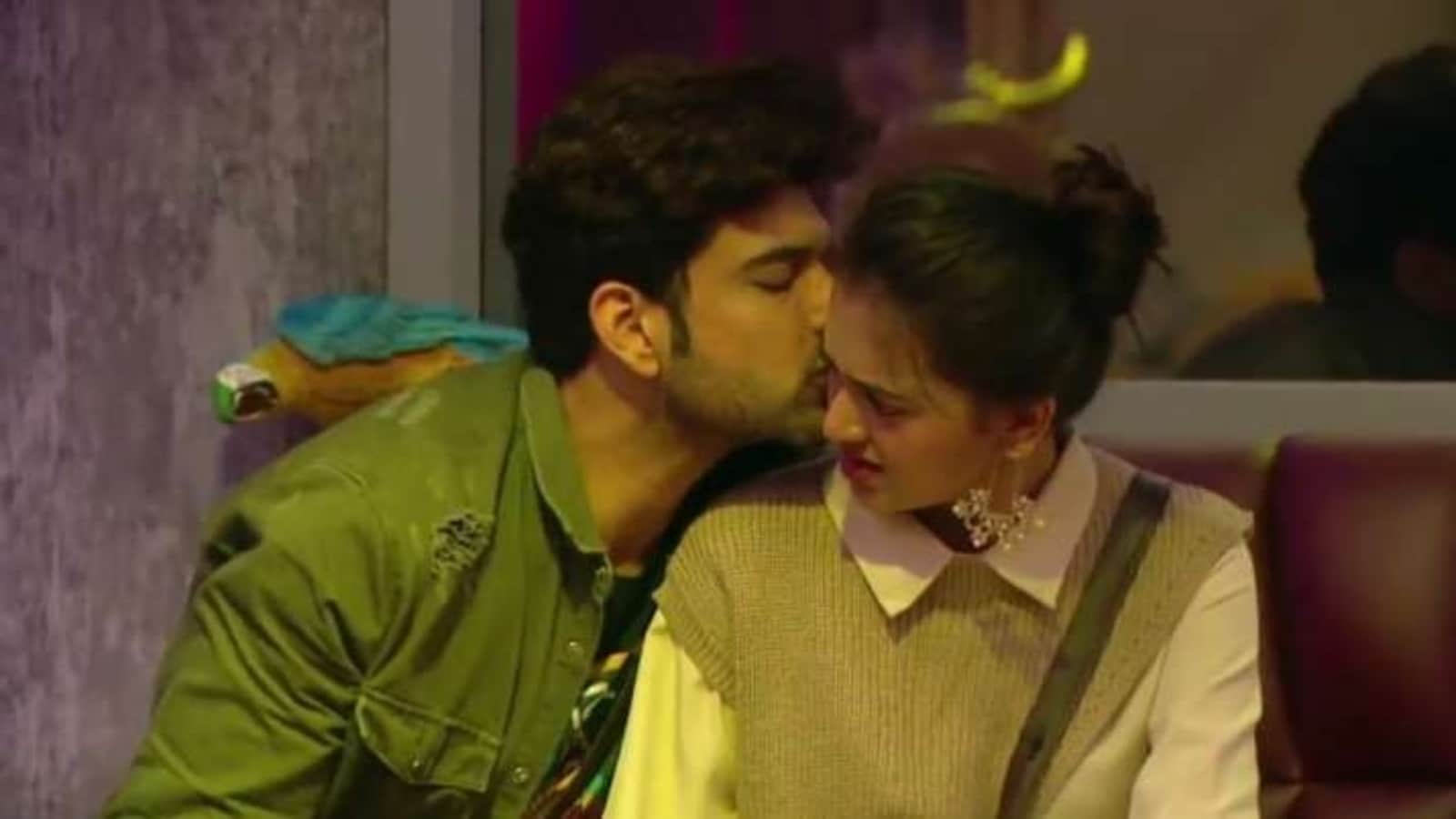 Karan Kundrra’s relationship with Tejasswi Prakash got a stamp of approval from his mother, who revealed that she is the first girlfriend of his whom she likes. Karan’s mother also praised Tejasswi and called her a ‘very nice girl’.

Tejasswi and Karan, lovingly nicknamed TejRan by fans, fell in love on Bigg Boss 15 and began dating on the show itself. While she won the trophy, he was the second runner-up.

During Karan’s interview with Siddharth Kannan, his mother made an appearance and praised Tejasswi. “We like it. It’s time he found somebody steady and strong, who can control him,” she said, prompting a look from her son, who joked, “Basically, jo mere papa ke saath hua hai, yeh chahti hai mere saath bhi ho (whatever my father is going through, she wants the same for me).”

Karan’s mother said that she is ‘happy’ with the relationship and described Tejasswi as a ‘very nice girl, very sweet’. On being asked if she approved of all his previous girlfriends too, she said, “No, no, no, not a single one. This is the first one.” Karan hid his face and feared that her comment would cause a ‘controversy’. He then lovingly shooed her away.

Earlier on Bigg Boss 15, when Karan introduced Tejasswi to his parents, his father said, “She is in the heart of the family now,” causing the other contestants to cheer. Her parents, too, approved of him on the show.

Karan told Hindustan Times that he was drawn to ‘something about’ Tejasswi from the very first day of Bigg Boss 15 but he ‘really fought against the feeling’. “I was like, ‘This is not what I am here for, I am here for the show. Karan, this is the show where emotions are high and you are probably feeling that.’ I think for a month, I kept fighting against the feeling. Even the makers did not come to know. Perhaps when I fell while watching her (from a distance) and walking, that is when they noticed,” he said.

Sushmita Sen Will Be Back in Aarya Season 3, Disney+ Hotstar Reveals

Apple’s next billion-dollar idea? Showing more ads on your iPhone