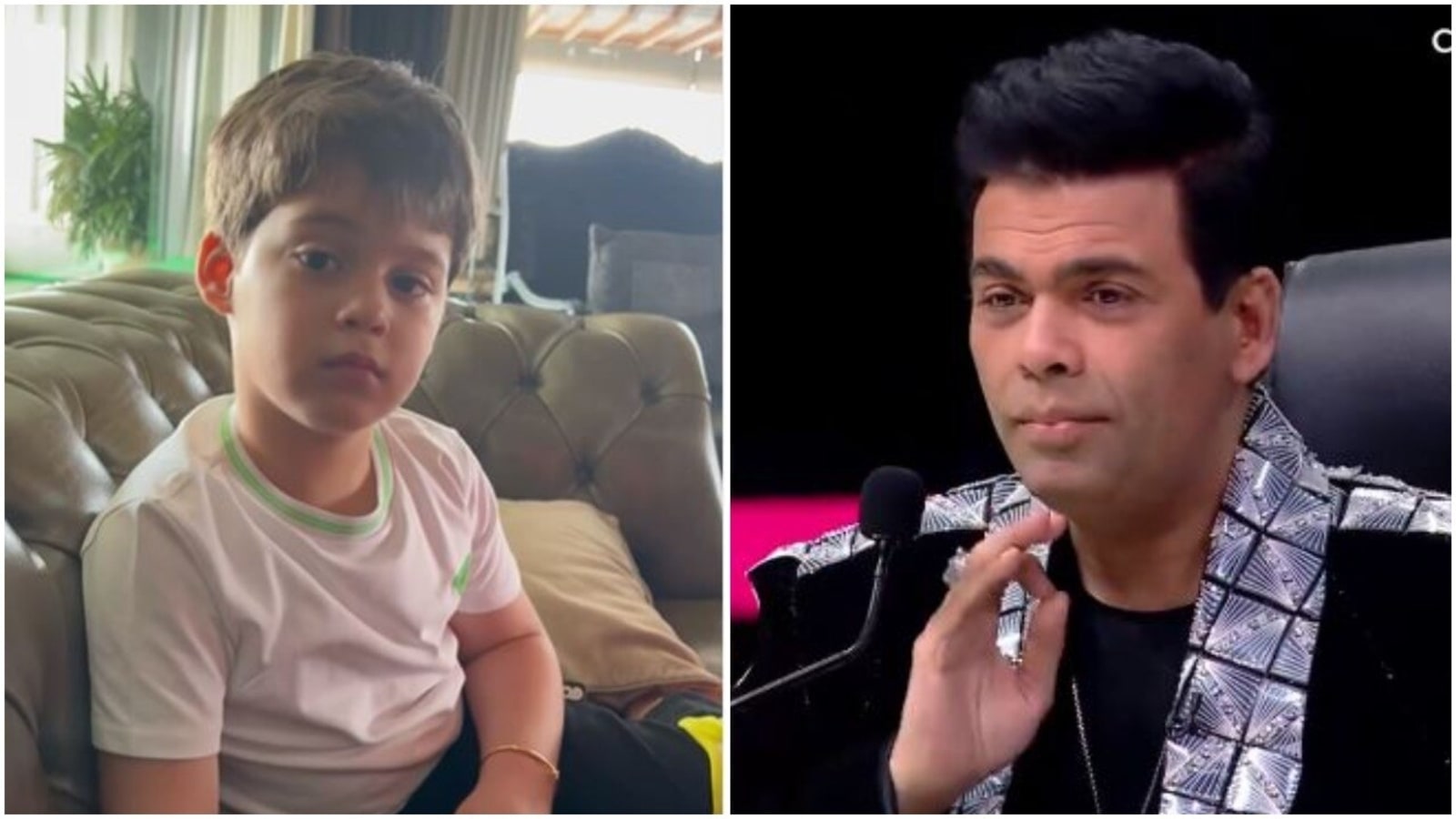 Karan Johar has said that his son, Yash believes he is a great singer and that he is doubtful about Yash’s singing skills. The filmmaker was talking on the sets of talent hunt show Hunarbaaz, on which he is a judge. Karan began talking about Yash’s singing all after he tried to sing the famous song Chitthi Ayi Hai on the show.

In a new promo for Hunarbaaz, Karan sang Chitthi Ayi Hai, the famous song from Sanjay Dutt’s Naam, that was originally sung by Pankaj Udhas. Pari, who is also on the judges’ panel on the show along with Karan and Mithun Chakraborty, told him, “Oh my God, so emotional!” Karan then continued to sing, and enact like a classical singer more bothered about his notes than her comments.

Parineeti then told him that it was a deep thought. “Since you have become a father, you have become a Tansen (one of the greatest singers in Indian history).” Karan replied, “No one understands my singing right now.” Mithun then interrupted them to say, “Actually, no one wants to understand your singing.” They all laughed.

Karan then revealed, “Yash, mera beta. Usko to lagta haio wo Tansen ka baap hai (My son thinks he is a great singer). Roz he goes (attempts bad singing), singing loudly and so badly. I am like, ‘beta, ye shayad tera talent nahi hai. Mai kaise bataun? (Son, maybe this is not your talent. But how do I tell you)?’ So, you see, singing is not a thing in my family.” Parineeti then asked if Roohi was any better at singing.

“Roohi is two shades worse than Yash, but she doesn’t sing. He insists on singing,” Karan said as Parineeti continued to laugh.

Hunarbaaz marks the TV debut of Parineeti. About working on the show, Karan had said earlier in a press statement, “There is no moment as divine as the one where you rock the stage with your talent! Hunarbaaz- Desh Ki Shaan has brought a massive opportunity for all the talented people out there to live this moment in front of millions of people. It will be an absolute honour to judge the amazing talent that is about to make its way to the grand stage.”

I made a huge Apple Watch mistake

Oppo F21 Pro & F21 Pro 5G: Everything You Need To Know From Key Specs To The Price- Technology News, Firstpost