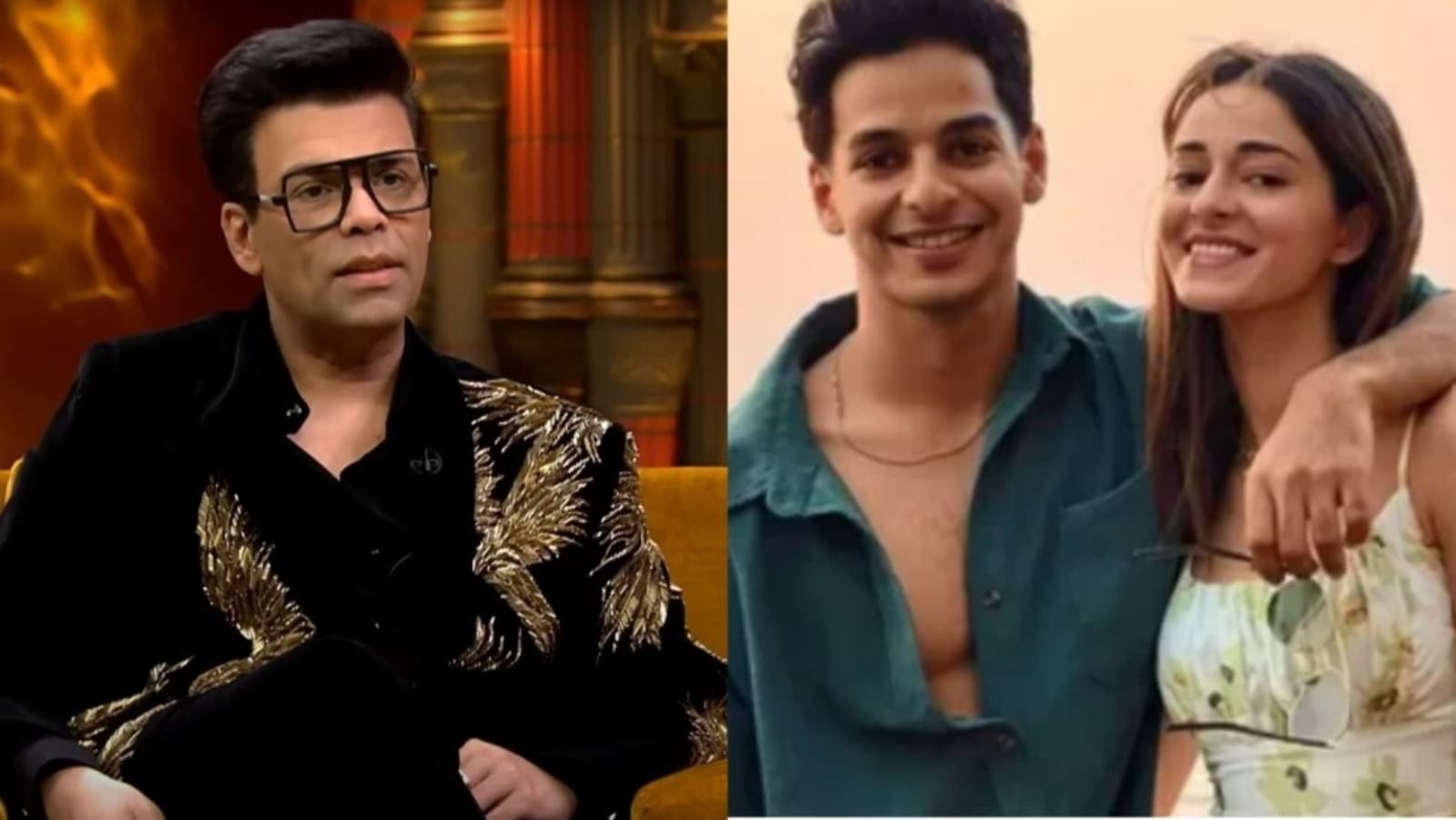 During the rapid-fire round, Karan asked Gauri about her dating advice for her daughter, up-and-coming actor Suhana Khan. Karan asked, “The one advice you gave Suhana about dating.” Gauri replied, “Never date two boys at the same time. Never.” He also told Gauri, “Good advice.”

Looking at Bhavana Pandey, Karan then said, “I think Ananya has done that already.” A surprised Bhavana said, “Has she?” Karan responded, “Ya. I think she was oscillating in between.” Bhavana replied, “No, she was thinking of two so she broke up with one.” This left everyone laughing.

Ananya was a guest on Karan’s show in the seventh episode with actor Vijay Deverakonda. As they were discussing how they went on a ‘kind of a date’ while they were filming for Liger, Karan asked Ananya, “You went on a date with Vijay while you were dating Ishaan?” Both of them that it was a ‘friendly date’. Later, Karan confirmed on Ananya’s behalf that she dated Ishaan Khatter.

Ananya said, “I am single. No ýone is asking but I am single” and Karan asked, “You broke up with Ishaan.” While Ananya pretended to not hear him, Karan said, “You were dating Ishaan, then you broke up. Come on, everybody knew you were dating Ishaan.” Karan also asked Ananya if she was dating Kartik Aaryan and she replied, “We are just good friends.” Karan also made Ananya say that she finds Aditya Roy Kapur ‘very hot.’

Weeks later Ishaan was a guest on the show with Katrina Kaif and Siddhant Chaturvedi. Karan asked him, “You broke up with Ananya recently” and he objected saying, “Did I, because you said she broke up with me recently.” Karan clarified that a breakup is always mutual. He also said that he had asked Ananya in the previous episode if she had gone on a date with Vijay while dating Ishaan and she had denied it. Refusing to comment on it, Ishaan only said, “All love, all love.”